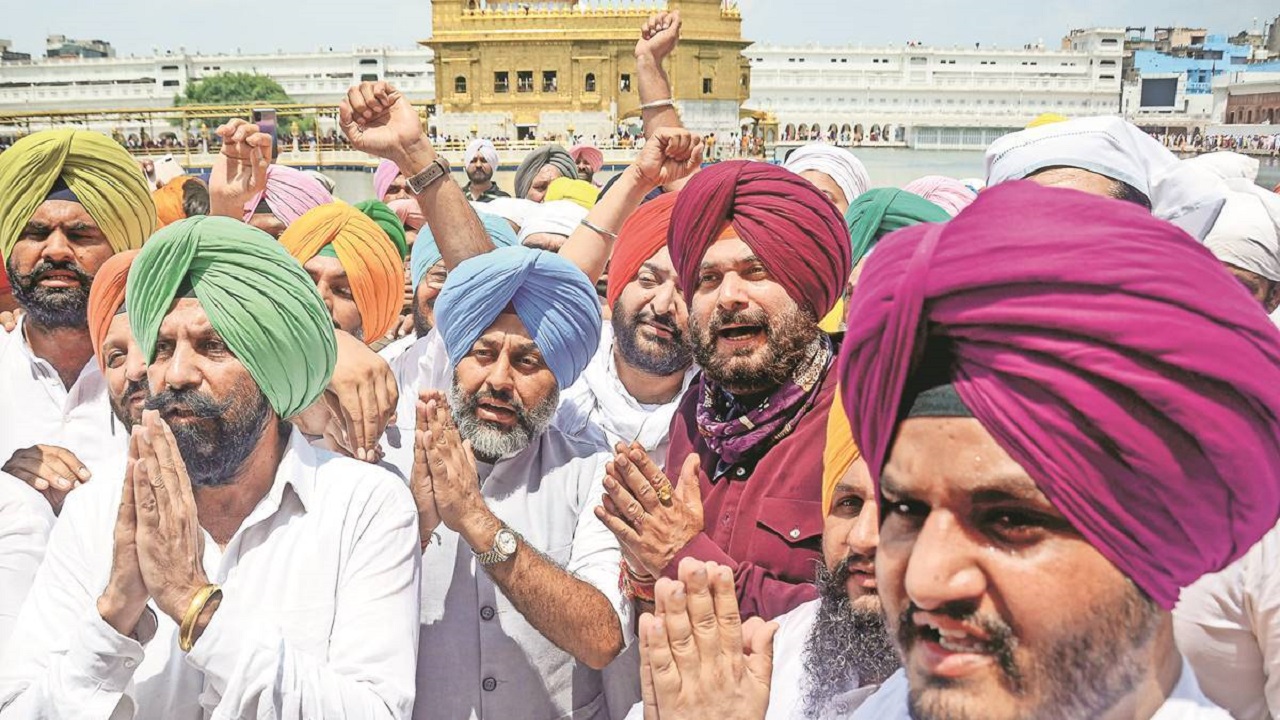 
The new state president Navjot Singh Sidhu performed a kind of power show with the MLAs in Amritsar. In this he also went to the Golden Temple. 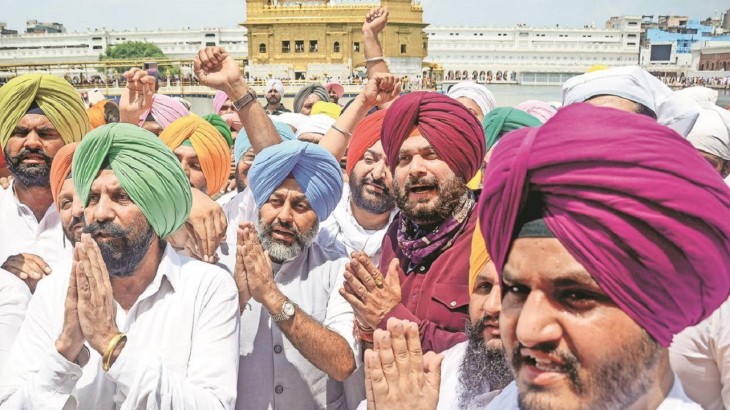 Some Congress MLAs supporting Sidhu are on the radar of CID (Photo Credit: ANI)

After making Navjot Singh Sidhu the Punjab Congress President, the party seems to be divided into two camps. A game of check and beat is going on between Sidhu and Chief Minister Captain Amarinder. On Wednesday, Sidhu had reached the Golden Temple along with some Congress MLAs. This is being seen as a show of strength of Sidhu. Now news is coming that some of the Congress MLAs who went to visit the temple with Navjot Singh Sidhu are on the radar of Punjab CID. Many of these MLAs are such who have been accused of being involved in illegal mining and illegal liquor business in the past. It is being told that some MLAs had also sought help from the Captain in this matter but no response was received.

Problems may increase for MLAs
Sources say that the Punjab CID is keeping an eye on these MLAs. 48 MLAs had reached the Golden Temple with Sidhu. Of these, three were also from the Aam Aadmi Party. Sources have told that there are many serious allegations against some MLAs and some of their associates who were with Sidhu. According to the information, Captain Amarinder Singh had also told about these leaders to the three-member panel, which was formed by the Congress high command to end the Punjab Congress crisis. One of the MLAs on whom the CID is eyeing is from Hoshiarpur area. He is accused of illegal mining, for which a notice of 1.65 crore was sent to him in December 2020.

Sidhu will be crowned tomorrow
On the other hand, the new Congress President of Punjab State Navjot Singh Sidhu and four PCC working presidents have started trying to resolve the dispute with Chief Minister Captain Amarinder Singh. Sidhu will invite Captain Amarinder for Friday’s event when he formally takes over as PCC chief. Sidhu will replace the current state Congress president Sunil Jakhar. There is a tussle going on between Sidhu and Amarinder Singh for some time now. The Amritsar (East) MLA had recently hit out at the Chief Minister over sacrilege cases.

The chief minister was also against the appointment of Sidhu as the state Congress president. After Sidhu was made the state president, the Chief Minister had said that he would not meet him until Sidhu apologized for his derogatory tweet against him. A party leader told reporters in Amritsar on Wednesday that the chief minister would be requested to attend the programme.

Also read: ‘Whoever wants to get his property confiscated in UP, he should do wrong’, CM Yogi’s strong message

Created four executive presidents
In view of the assembly elections to be held in Punjab next year, four working presidents have also been made. For this a letter was issued on behalf of KC Venugopal. It was written in the letter that Congress President Sonia Gandhi took this decision. Those who have been made the working president of the party in Punjab include the names of Sangat Singh, Sukhwinder Singh Danny, Pawan Goyal and Kuljit Singh Nagra. Sources said that an invitation is set to be sent to the Chief Minister on behalf of the newly appointed chief and four working presidents of the state unit. After being made the president, Sidhu first reached Patiala. Sidhu’s house is also here. After reaching Patiala, Sidhu first paid obeisance at the Dukhnivaran Sahib Gurdwara here. In a letter issued by Congress General Secretary KC Venugopal on July 18, the current Congress State President Sunil Jakhar was thanked for the work done so far. It was also told that Kuljit Singh Nagra, who is currently the AICC in-charge of Sikkim, Tripura and Nagaland, will now be relieved of this post.