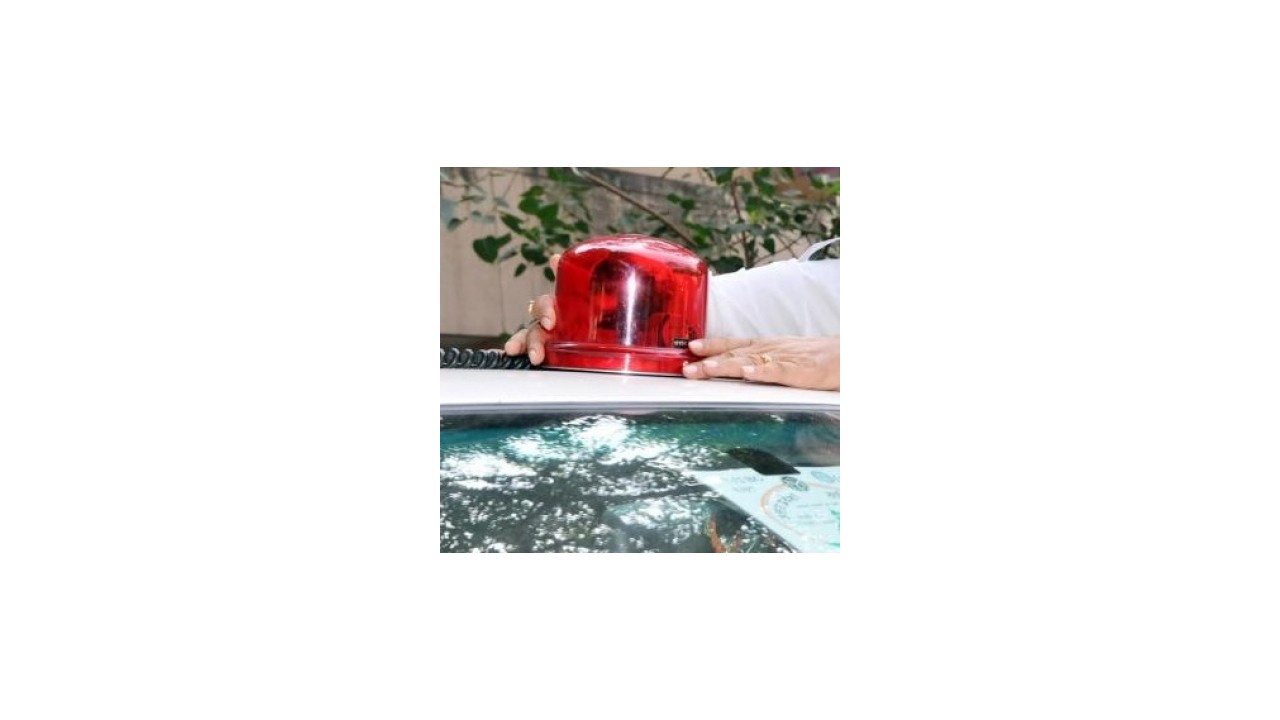 
Kolkata:
In a special drive against the use of beacon lights on vehicles, Kolkata Police has removed 314 such lights from vehicles in the last five days. The special operation is being carried out because many people posing as bureaucrats and using beacon lights were arrested in the last few days.

According to a senior police officer of Kolkata Traffic Police, even on the day of Eid when most government offices were closed, Kolkata Traffic Police has stopped vehicles, including those used by IAS officers, traffic police officers, judicial officers, forest department officials and other bureaucrats. Lights removed from 32 government vehicles. Since Saturday, the police have removed 314 such lights from across the city.

A highly placed officer in Kolkata Traffic Police said, “We have noted down the registration numbers of these cars in the last five days since the start of the special beacon drive. These government officials have been asked to appear either with a notification or an order that they are actually allowed to use the beacons.

Police sources said more such notices are likely to be issued on Thursday, after which necessary action as per law will be taken based on the reply.

The police have also served notices to 12 government officials working with both the state and central governments for using beacons to which they are not entitled. All these officers have told the traffic constable that they are entitled to beacons and argued that they should not be stopped on the road for such checks.

In cities where CMs do not use beacons, misuse of red and blue beacons is common as vehicles fitted with beacons can be illegally parked on main roads such as CR Avenue and Park Street and such vehicles are often seen jumping. signal is seen.

The constable in south Calcutta said, it is not always possible to stop cars with beacons and check the veracity of the person sitting inside. We often reprimand or scold if the person inside is the one who deserves a beacon-fit vehicle.

Beacons have always been a concern for common citizens and even a section of the police, but the pandemic has made them more useful than ever to a section of people.