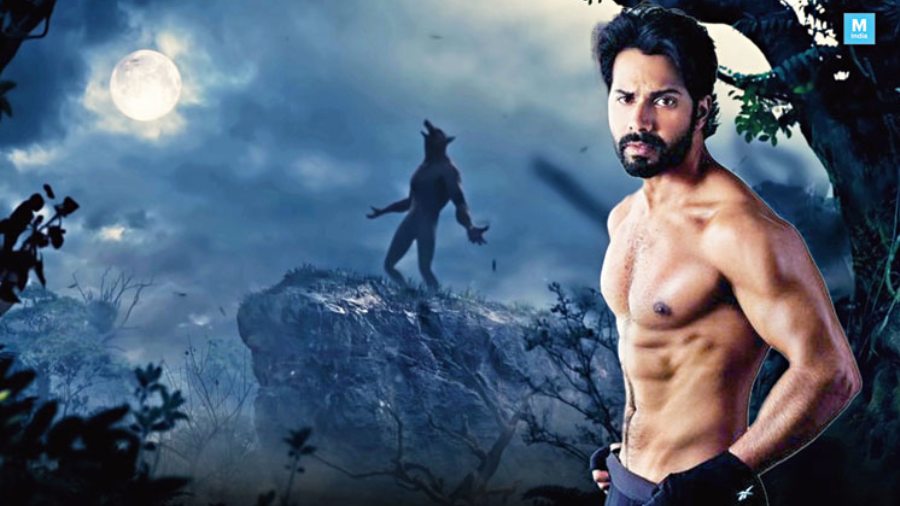 A little before the multiplex gates opened for the 9.45am show of Bhediya at South City Mall’s INOX, a group of five young boys and a girl, all college students, gathered in front of Screen 3. One of the boys asked: ‘Who watches a Varun Dhawan film at the theaters? When was the last time he did a nice film?’ The girl was quick with her reply: ‘Please, he is Varun Dhawan, okay! Have you seen his body from him? The full tone of fangirl fantasy. The same tone that was ringing in the lobbies of ITC Royal Bengal when Team Bhediya dropped by for a quick trip earlier this week.

And, after two-and-a-half hours, that girl must have got her money’s worth, having watched Varun’s turn in Bhediya in his many shirtless moments.

Amar Kaushik, the man who made stree and Bulletis back in the theaters this Friday, with Bhediya, starring Kriti Sanon alongside Varun. The story starts in Delhi and culminates in the jungles of Arunachal Pradesh. Varun’s Bhaskar is a young man, scared of dogs, with dreams of a plush life, who lands a road project that takes him to Arunachal Pradesh, the opportunity that’s his ticket to a car and a comfortable life. The project involves cutting down trees to make way for ‘progress and development’. There will be resistance he is told.

And, there is. From Vishanu, a mythical wolf who has been inhabiting the jungles for hundreds of years, its protector. When it bites Bhaskar, strange things start happening to him. From heightened senses to a six pack! And finally, true consciousness too.

Bhediya tries to capture the times we are living in. It is indeed a metaphor for coronavirus that virtually brought life to a full stop for close to two years. Nature’s wrath that seemed to lash out at human greed and its never-ending ‘conquests’. Of building malls and coffee shops in every visible patch of land. And, just like ‘man proposes, god disposes’, the fury of nature is untameable. As we all have learned the hard way. So does Bhaskar.

Bhediya also puts in a message of inclusivity through debutant Paalin Kabak’s Joe who plays Varun’s contact in Northeast. Joe is the voice of Northeast dissent and the discrimination they face in their own country. And, Paalin makes a sparkling debut.

The Telegraph man of the match award, however, goes to a brilliant Abhishek Banerjee who plays Janardan, Varun’s cousin. He has the best lines in the film and his deadpan comic timing is mind-blowing. Here’s hoping to see Abhishek as a lead soon.

Varun plays Bhaskar with full earnestness and pulls off the difficult body transformation scenes with conviction. Who doesn’t like some magical powers and Varun seems to be enjoying it to the hilt too.

Kriti Sanon doesn’t have much to do in the film except for a major plot twist which doesn’t quite render the shock it intends to.

Humor of course runs in the veins of Bhediya. Our pick goes to the scene where Paalin’s Joe and Abhishek’s Janardan are trying to track Varun’s Bhaskar who has turned into a bhediya on a full-moon night and decides to howl to catch a response. Unable to do so, what comes to their rescue is Himesh Reshammiya’s Suroor! ROFL

The lush Arunachal is a soothing sight for city dwellers. Bhediya‘s VFX though a decent attempt, could have been a bit more realistic. Now with an explosion of content and top-notch VFX a click away, it seems a bit amateurish. A simple 3D ride in Singapore will give you more goosebumps. Or, wait, was it the 3D? Should I have watched it in 2D? May be, because I kept wiping my glasses which kept getting misty from the mask-induced vapour!

Bhediya has the biggest takeaway for the stree fans. may be street 2 is really happening because stree Actors Rajkummar Rao and Aparshakti Khurana make an appearance at the end looking for Janaa, played by Abhishek.