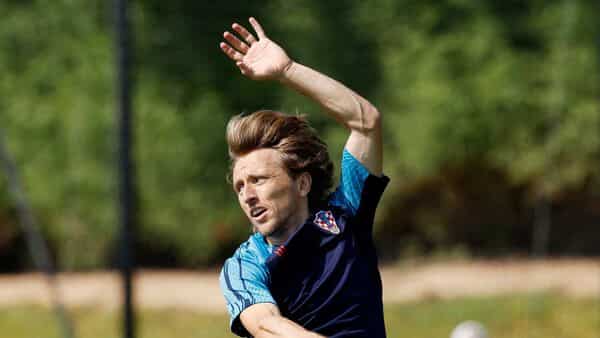 Croatia, the runners-up from the FIFA World Cup 2018, will face Morocco in their opening game on November 23. With five victories in a row, they are in great shape going into the competition. Morocco, on the other side, are currently undefeated in its last five games and appear to be strong as well. Croatia are ranked 12th, 10 spots ahead of Morocco, which have participated in five previous competitions but advanced past the group stage only once so far.

After sweeping through their own qualification campaign, Morocco will feel as though they can ruffle some feathers. They won every game they played in the second round of the Confederation of African Football (CAF) section, scoring 20 goals and conceding just one. Then, they destroyed the Democratic Republic of the Congo 5-2 overall in the third and final qualifying round, becoming the only team to advance with a victory margin of more than one goal.

When Croatia take on Morocco in the opening match of the 2022 World Cup, midfielder Luka Modric will hope to add a new chapter to Croatia’s World Cup legacy. As the tournament’s best player, Modric accepted the Golden Ball trophy in Russia. Mateo Kovacic, a midfielder for Chelsea, has recently struggled with a knee injury and is now available, leaving Croatia with no new injury concerns.

Morocco have won matches against countries like South Africa, Chile and Georgia. In September, the team ranked 22nd in the FIFA World Rankings drew 0-0 with Paraguay. Walid Regragui, the squad’s head coach, will be happy with where his team is headed. With Sofyan Amrabat set to return to the midfield, some adjustments are anticipated. Just three months after Walid Regragui took over as Morocco’s head coach in place of Vahid Halilhodzic, he called up Chelsea midfielder Hakim Ziyech to the national team.

Morocco and Croatia have played against each other only once, in 1996. A penalty shootout was used to determine the winner of this semi-final game at the first edition of the Hassan II Trophy after the match was tied 2-2 at the half. The Croatians prevailed over their hosts 7-6 in the shootout to become the first tournament winners after defeating the second-place Czech Republic in the final.

Although Ziyech and Achraf Hakimi will likely receive most of the attention, Youssef En-Nesyri will be mostly responsible for scoring goals for Morocco. Veteran player Luka Modrić is likely to play a key role for Croatia while, over the past four years, Marcelo Brozovi has distinguished himself as one of Europe’s top deep-lying playmakers.

The Morocco vs Croatia match will be played on November 23 at 3:30 PM (Indian time) in Al Bayt Stadium, Al Khor.

The Morocco vs Croatia match will be broadcast live on the Sports18 and Sports18 HD TV channels in India and Jio Cinema’s app and website will both offer free live streaming of the event.

While Morocco are poised to show up with their best of abilities, Croatia have a lot of class all around the field. Modric and the boys should win it comfortably 3-0.