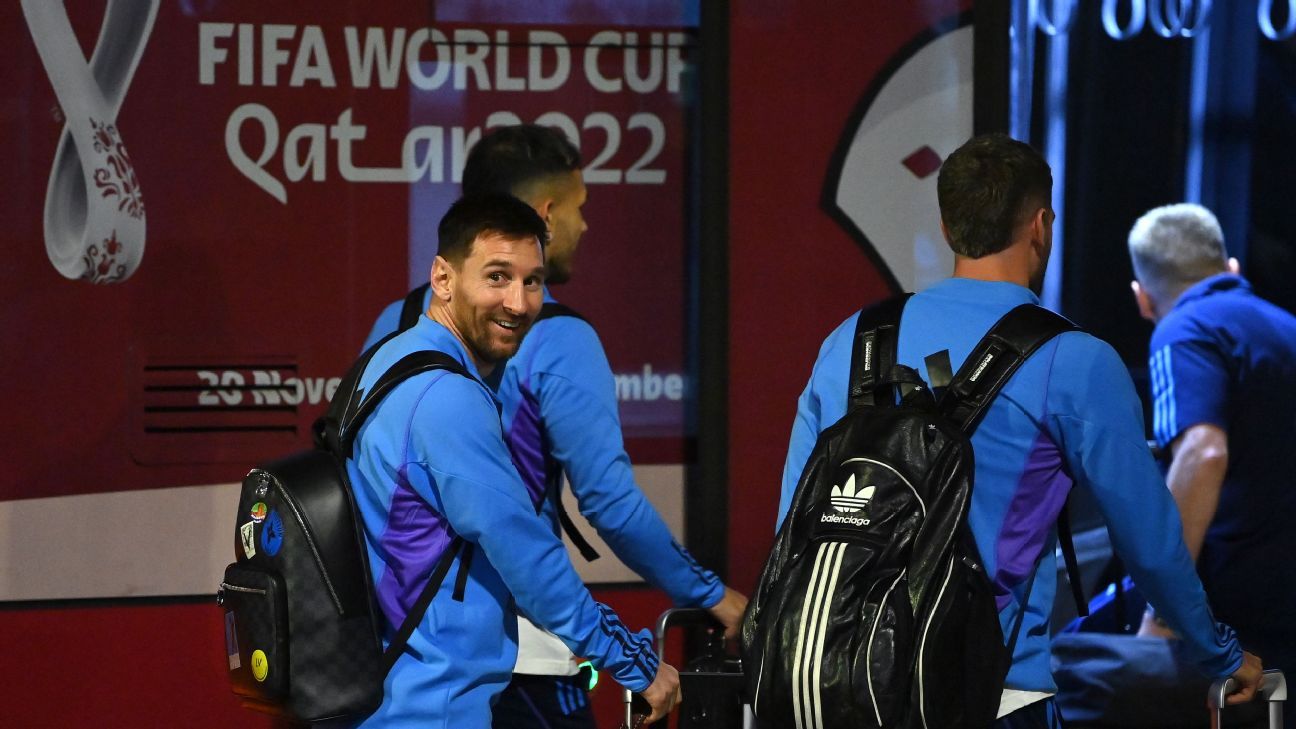 The national teams of Argentina and Uruguay have each taken 2,000 pounds of meat (900 kilos) with them to the World Cup so players and staff can have a taste of home during the tournament in Qatar.

In the case of Uruguay, the country’s National Institute of Meat (INAC) reached an agreement with the Uruguay FA (AUF) earlier this month to supply the meat.

“The national team is being accompanied by the best nutrition,” AUF president Ignacio Alonso said. “The AUF is a historic ambassador of our country and will take with it another ambassador, which is Uruguayan meat, the best meat in the world.”

Argentina and Uruguay are among the biggest consumers of meat in the world and the roast It is considered one of the most popular dishes in the countries. The roast It is made of different cuts of meats and sausages and cooked on the grill.

Both national teams also made roasts in recent World Cups.

“The mate [special tea]the roast [meat] and football go together in Uruguay and are part of our culture,” INAC president Conrado Ferber said. “We want to convey the quality of the product, natural and sustainable, and the World Cup is the optimal time to do so.”

The Light blue are training this week in the United Arab Emirates ahead of their World Cup opener against South Korea on Nov. 24.

Argentina, meanwhile, arrived in Doha, Qatar, on Thursday and the team celebrated Wednesday’s 5-0 win over the United Arab Emirates with an roast. A total of 72 people make up the Argentina delegation.

Argentina coach Lionel Scaloni spoke about the importance of the roast as a way to unite the group.

“My favorite food is the roastbut it’s more than that,” he said. “It creates an atmosphere of union and collective chemistry.

“It’s part of our culture, of the Argentine idiosyncrasy.

“It’s during that time that we get to talk, to laugh, relax and connect… It’s not necessarily about the meat, although we love it. It’s to be part of a group and the connection that it generates.”

Fellow South Americans Brazil won’t be joining Argentina and Uruguay in bringing meat to Qatar. However, Tite’s team have brought some renowned Brazilian coffee and seasonings as well as 66 pounds (30 kilos) of cassava flour to cook the popular Brazilian dish farofa as the Selecao look to bring home the trophy for the first time since 2002.