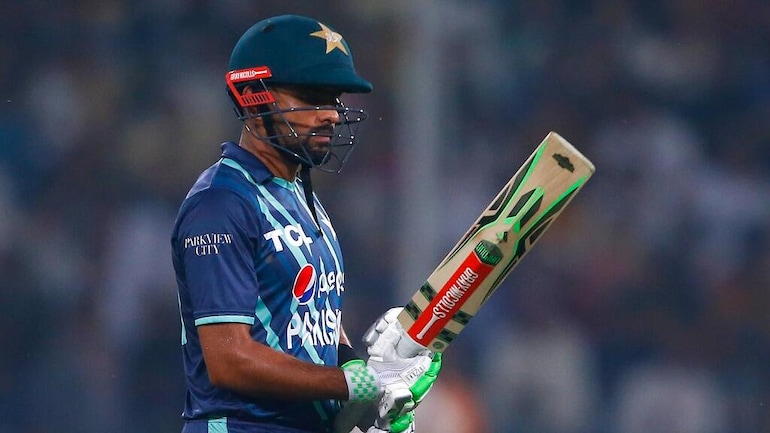 Babar Azam is currently plying his trade in the seven-match T20I series against England. In the second match at National Stadium in Karachi, the 27-year-old scored his second Test century.

Former batter Rohan Gavaskar reckoned that one shouldn’t call Pakistan skipper Babar Azam a one-dimensional cricketer. Of late, Babar has blown a tad hot and cold because of which he also lost his No.1 T20I batting ranking to his teammate Mohammad Rizwan.

Babar recently scored his second T20I century against England in Karachi, but he hasn’t quite looked at his best apart from that. Babar also had a tough time in Asia Cup 2022 where he scored 68 runs with a top score of 30 against Sri Lanka.

Gavaskar felt that Babar knows the art of shifting gears as his innings progresses. However, the veteran said that the 27-year-old tends to put himself under undue pressure when Pakistan are batting first.

Gavaskar said that the Lahore-born Babar seems to be at his very best when Pakistan are chasing targets.

“To call him a one-dimensional player is a little harsh because he is a quality-quality player. And if anything, the numbers suggest that he is not one-dimensional. The fact that he can change gears and you look at his numbers from him from the first innings to the second innings. In the first innings, his strike rate is about 125; in the second innings his strike rate is about 137, which shows that he has the ability to change gears,” Gavaskar was quoted as saying on SPORTS18’s daily sports news show ‘SPORTS OVER THE TOP’.

“I think it is a mental mindset with Babar. Fear of failure. And when I say fear of failure, I don’t mean fear of failure as a batter. I could be wrong here; he feels that the Pakistan team revolves around his batting of him. So, when he is batting first, he feels that he’s got to stay long because if he fails, the team might fail and that can sometimes shackle a player,” Gavaskar stated.

“When they are batting second, when the target is in front of him, he is just phenomenal because he knows how he needs to pace his innings. I think sometimes it’s just the mental mindset which he may need to change when they are batting first,” Gavaskar added.

Babar will play his next match on September 30 against England as Pakistan look to take an unassailable 4-2 lead in the seven-match series.

Babar is also expected to play a crucial role for Pakistan in the upcoming edition of the T20 World Cup to be played in Australia in October-November.