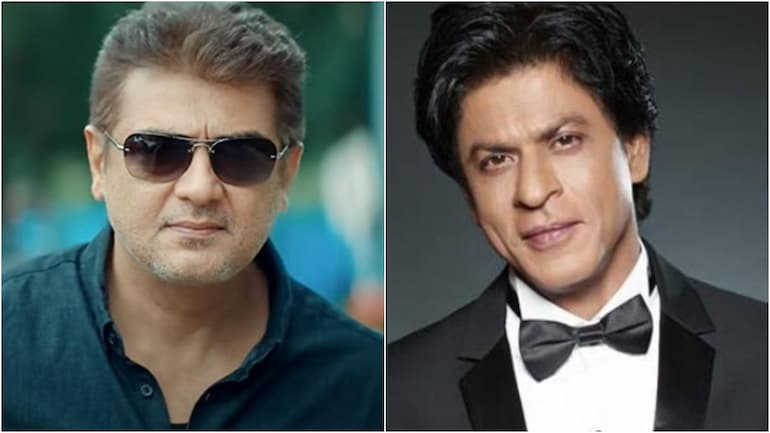 Ajith Kumar is in the limelight because of his upcoming film, Thunivu. On Throwback Thursday, here is a look at the time when AK acted alongside Shah Rukh Khan in Asoka.

Ajith Kumar and Shah Rukh Khan worked together in Asoka.

Ajith Kumar is widely regarded as one of the Tamil film industry’s most popular and bankable names. The star enjoys a strong fan following due to his intense reel image and humble nature of him. He refrains from promoting his films of him or giving interviews, which has established him as an inspiration for many. While everyone knows about his professional achievements, a section of the audience may not be aware of the fact that he once acted alongside Shah Rukh Khan in a Hindi movie. This week, on Throwback Thursday, let us revisit the time when AK and SRK collaborated for the first and only time in their careers.

TWO SUPERSTARS IN ONE FILM

Ajith Kumar, who began his career in the early 90s, consolidated his standing in the Tamil film industry with Dheena. The actioner hit the screens in 2001 and proved to be a blockbuster. The same year, AK was seen with Shah Rukh Khan in Santosh Sivan’s magnum opus Asoka. The film featured SRK in the titular role with Ajith playing his brother from him Susima. The Kollywood star made his presence felt despite the limited screen time.

Asoka was a historical drama that featured Shah Rukh Khan in the lead. It revolved around the titular character’s rise to power and the impact of the Kalinga war on his life. The film was directed by Santosh Sivan. He handled the cinematography and co-wrote the screenplay with Saket Chaudhary. It starred Kareena Kapoor as the leading lady and proved to be a crucial release for her. The cast included Danny Denzongpa, Rahul Dev, Gerson da Cunha, and Raghubir Yadav, among others. While Asoka did not do as well as expected at the box office, it received tremendous acclaim.

Coming back to the present, Ajith Kumar is gearing up for the release of Thunivu. The film is directed by H Vinoth. The director had previously collaborated with AK for Valimai and the courtroom drama Nerkonda Paarvai. Thunivu features Manju Warrier as the leading lady and will be her second Tamil movie after Dhanush’s Asuran.

Shah Rukh Khan, on the other hand, will next be seen in Pathaan. The spy-thriller is directed by Siddharth Anand. it features SRK in the role of a secret agent. The King of Romance also has Atlee’s Jawaan and the Rajkumar Hirani-directed Dunki in his kitty from him.