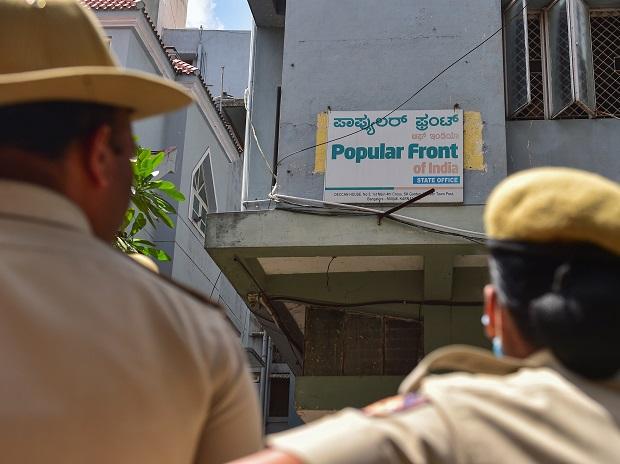 On Thursday, the National Investigation Agency (NIA) conducted raids across ten states and arrested over 100 people linked to the Popular Front of India (PFI). The operation launched as an anti-terror exercise is said to be the “largest ever” search operation.

According to reports, the search operations were conducted to crack down against the people allegedly involved in terror funding, organizing training camps, and radicalizing people.

“We strongly protest the fascist regime’s moves to use agencies to silence dissenting voices,” PFI said after the house of its Karnataka president Nazeer Pasha was raided.

Created in 2007, the organization describes itself as the “organisation that fights for the rights of minorities, Dalits, and marginalized communities”.

It was founded after merging three Muslim organizations in southern India, the National Democratic Front in Kerala, the Karnataka Forum for Dignity, and the Manitha Neethi Pasarai in Tamil Nadu, according to Indian Express (IE).

PFI is headquartered in New Delhi. The decision to form the organization was made on November 22, 2006, in Kozhikode, Kerala.

According to IE, the organization does not maintain a record of its members, making it difficult for law enforcement agencies to press charges against them after arrests.

The organization does not contest elections but carries on social and religious work among Muslims.

Entering politics, the Social Democratic Party of India (SDPI) emerged from PFI in 2009. It raises political issues for Muslims, Dalits, and other marginalized communities. PFI provides ground workers to SDPI.

What is the controversy around PFI?

The party has been most visible in Kerala. There have been repeatedly accused of riots, murders, and having links with terrorist organizations in the state.

In 2012, then chief minister Oommen Chandy told the High Court that PFI is “nothing but a resurrection of the banned outfit SIMI”.

The government also filed an affidavit saying that PFI workers were involved in 27 murder cases. Most of those killed were from RSS and CPM.

Later in 2014, Kerala BJP said there were growing instances of “religious terrorism” in the state.

“In the last six years, 24 BJP-RSS workers have been killed in Kerala, seven of them by the Popular Front of India,” IE quoted K Surendran, then state BJP president, as saying.

In April 2015, A Subair, PFI president of Elappully, was killed outside a mosque. The police said that the killer’s vehicle was registered under the name of S Sanjith, an RSS worker. Sanjith was killed in November 2013, allegedly by the workers of PFI and SDPI.

A day after Subair’s death, SK Sreenivasan, another RSS worker, was hacked to death in Palakkad.

How influential is SDPI politically?

SDPI has a large presence in Karnataka’s Dakshina Kannada and Udipi regions. However, it has not been able to make a mark in the assembly or the Lok Sabha.

However, Congress and BJP have often linked each other with PFI and SDPI.

BJP has repeatedly blamed the murders of party cadres, especially in Karnataka, on PFI. They even sought a ban on the party.

On the other hand, Congress allegedly struck a deal with SDPI in the 2018 Karnataka elections to withdraw candidates from the constituencies both parties contested.

In 2013, after coming to power, Congress’s Siddaramaiah government dropped 176 cases filed against PFI by the previous BJP government, IE added.