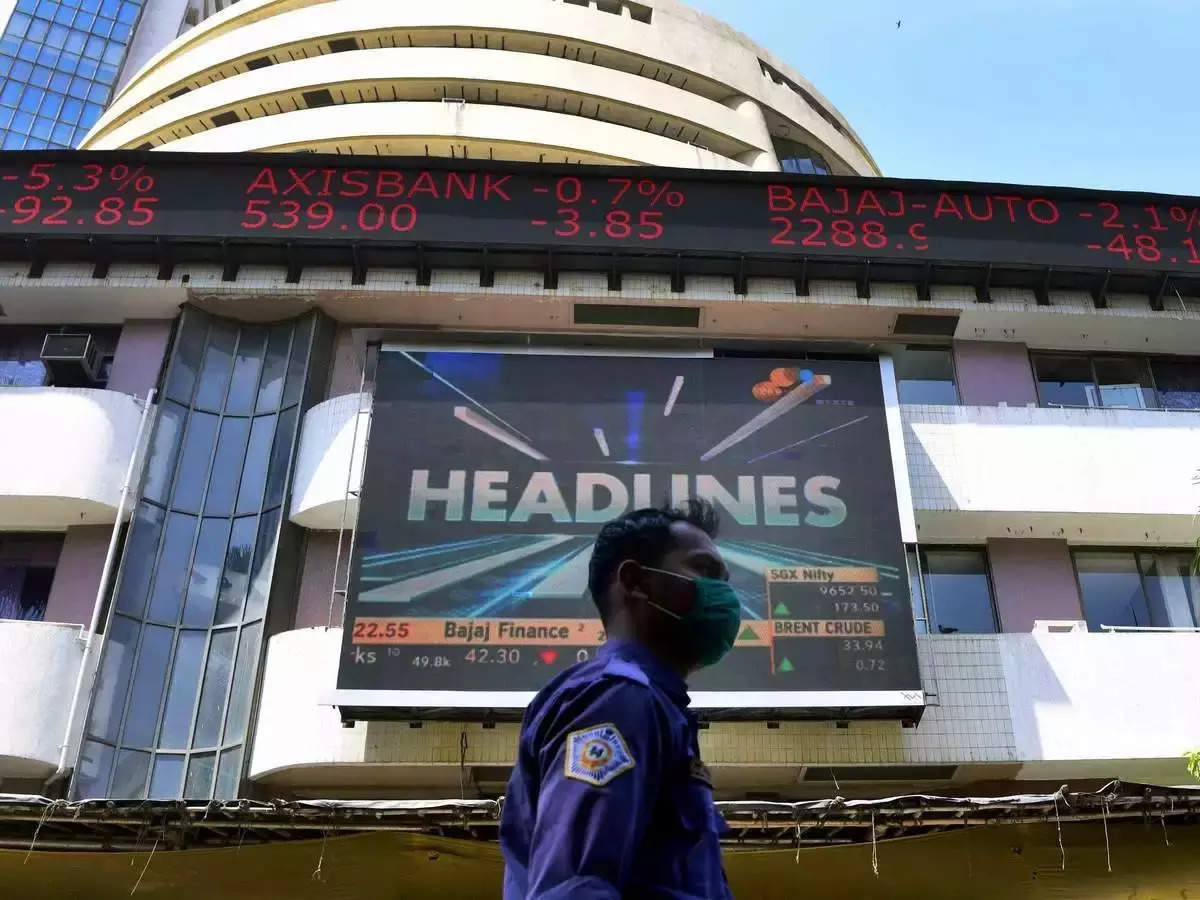 The benchmark Nifty50 index slipped 0.6% to 17,718 points while Sensex slipped 0.4% to 59,457 points. The overall sentiment was also skewed on the negative spectrum, with only 573 companies in the green on NSE, while 1,402 companies registered declines.

The top gainers were from the FMCG sector – Britannia was the biggest gainer, surging 3.2%, while HUL and ITC gained nearly 1.5% each.

Amongst the top five losers, two were cement companies – Shree Cement, and UltraTech Cement. Shree Cements lost the most with a 5.2% decline, while UltraTech fell 2.6%.

Sector-wise, FMCG, and Oil & Gas were the two major gainers, while infrastructure, construction, power, telecom, and IT all registered declines.

“The benchmark indices witnessed range-bound activity. Among sectors, the metal index corrected sharply, shed over 2% whereas the FMCG index outperformed, rallied over 1%. Technically, on daily and intraday charts, the index has formed a lower top formation which is broadly negative,” said Shrikant Chouhan, head of equity research (retail), Kotak Securities.

The range-bound activity suggests cautiousness amongst investors, who are awaiting the outcome of the two-day Federal Open Market Committee (FOMC) meeting.

“Market awaits the widely expected interest rate hike by the Federal Reserve in its bid to squash the highest inflation in decades. The FOMC is largely expected to raise its main lending rate by 75 basis points when it concludes its two-day meeting later today, though a hike of 100 basis points may lead to a steep correction around the global equity markets,” said Devarsh Vakil, deputy head of retail research, HDFC Securities.

Analysts believe that the US Fed’s rate hike and the weekly expiration of options tomorrow could add to the volatility in the markets.

“Markets will first react to the Fed meeting outcome in early trades on Thursday. Besides, the scheduled weekly expiration would add to the volatility. Amid all, indications are in the favor of further consolidation,” said Ajit Mishra, VP – Research, Religare Broking.

Race for rate hikes: Here’s how much central banks have hiked interest rates in 2022