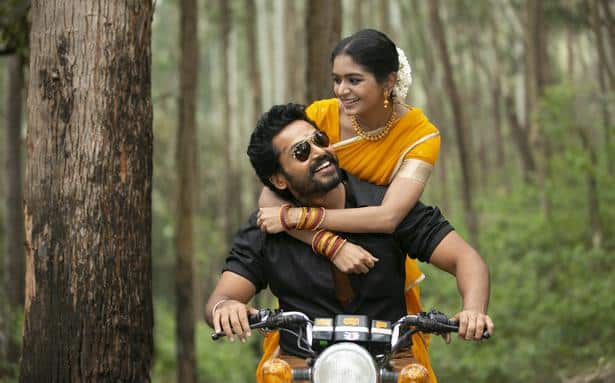 ‘Viruman’ starring Karthi and Aditi Shankar is definitely an upgrade from Muthaiya’s previous films. At best, it is watchable and to some extent, it is enjoyable

‘Viruman’ starring Karthi and Aditi Shankar is definitely an upgrade from Muthaiya’s previous films. At best, it is watchable and to some extent, it is enjoyable

ghost of Thevar Magan and Virumaandi, arguably two of the greatest films in Tamil cinema, continue to haunt even after decades. And to a large extent, these two films — written by Kamal Haasan — seem to provide the basic framework for these rural dramas that are set in and around the Madurai belt. It is not exactly surprising that Viruman too has these shades. It is, in a way, a spin on Thevar Magan that had a patriarch in Sivaji’s Periya Thevar and the dutiful son in Kamal Haasan’s Sakthivelu. Now what if these two characters were in head-on collision? That is not the only similarity; the way Karthi gets introduced does remind you of Virumaandi, if you wish to jog your memory a bit. In fact, right after Karthi’s introduction, Prakash Raj’s Muniyandi is walking home along with a group of his associates. Out of frustration, he stops midway and yells at them for being mere bystanders. Something about this tiny bit of performance from Raj reminds you of Sivaji Ganesan right after the iconic Panchayat scene. Of course, we get a Panchayat scene in Viruman too. Like in Virumaandisomebody is cunningly after a piece of land owned by Viruman.

Something about this film demands your attention and that is Karthi. There is something “likeable” about Karthi that it is hard to dismiss any of his performances by him as “whatever”. Even though he gets a “been there, done that” character here, Karthi has this ability to own it. He is endearing throughout the long-drawn first half and his “likeability” of him is what makes you invested in Viruman, even though the scenes, songs, situations and stunts are a tad generic. If the film is even enjoyable in parts, it is because of Karthi and the cast including Rajkiran, Soori, Singam Puli and others.

Storyline: Viruman wants to teach his father Muniyandi a lesson or two about human relationships and the triumph of love over wealth.

What is with Tamil filmmakers and their fondness for romanticizing the notion that heroines are a mere reflection of the hero’s mother? And what does it say about the heroes falling for these women? Viruman sees shades of his outspoken mother from him Muthulakshmi (Saranya Ponvannan) in Thaen (Aditi Shankar who sells the character quite well). It is Viruman’s uncle (Rajkiran who gets a kickass scene in the end. He is terrific) who makes things worse. Looking at Viruman who looks frozen in front of Thaen as she gives him an earful, Rajkiran plants a seed into his head de ella. That after him, it is only Thaen he ‘listens’ to and the fact that their meet-cute happens in his mother’s tomb has to be a sign. Viruman and Thaen have late night chats on WhatsApp but their romance hasn’t been updated and wants to be painfully cute. Save for some scattered laughs from Soori who is actually capable of jokes and gets a few bang-on, the film gives us a deja vu feeling of having been in similar locations, featuring similar characters and familiar beats in the multiverse of the Muthaiya, Pandiraj and Siva triumvirate.

In a quest to capture the sort of laid-back life and care-free attitude in villages, films like Viruman run the risk of romanticizing traditions and popularizing certain thorny notions of the past — “A woman should be like Boomadevi, not like Phoolan Devi,” a character says. A manipulative and abusive father is presented as a jolly and dimwitted person so that there is enough juice for ‘entertainment’. The fact that it is played by a gifted actor like Prakash Raj makes it nearly impossible to make him unlikeable. A character’s suicide is shown with the least bit of empathy. The people you come across in Viruman shed their principles and beliefs that they held onto for decades and reach enlightenment in a matter of scenes. How cool is that?

One of the things that gets going in Viruman is the chemistry between Karthi and Prakash Raj. It is more natural than the one Karthi shares with Aditi who, at best, could pass off as his sibling of him. These two actors — Karthi and Raj — keep you hooked on to the proceedings, even when it hits a series of lows in the second half. The surprising charm that was there in Muthaiya’s pen in the first half gets watered down to a tear jerker. If at all there is a takeaway from Virumanit is that we have finally found a formidable pair in Karthi and Raj for the Tamil remake of Ayyappanum Koshiyum.

Viruman is currently running in theaters.