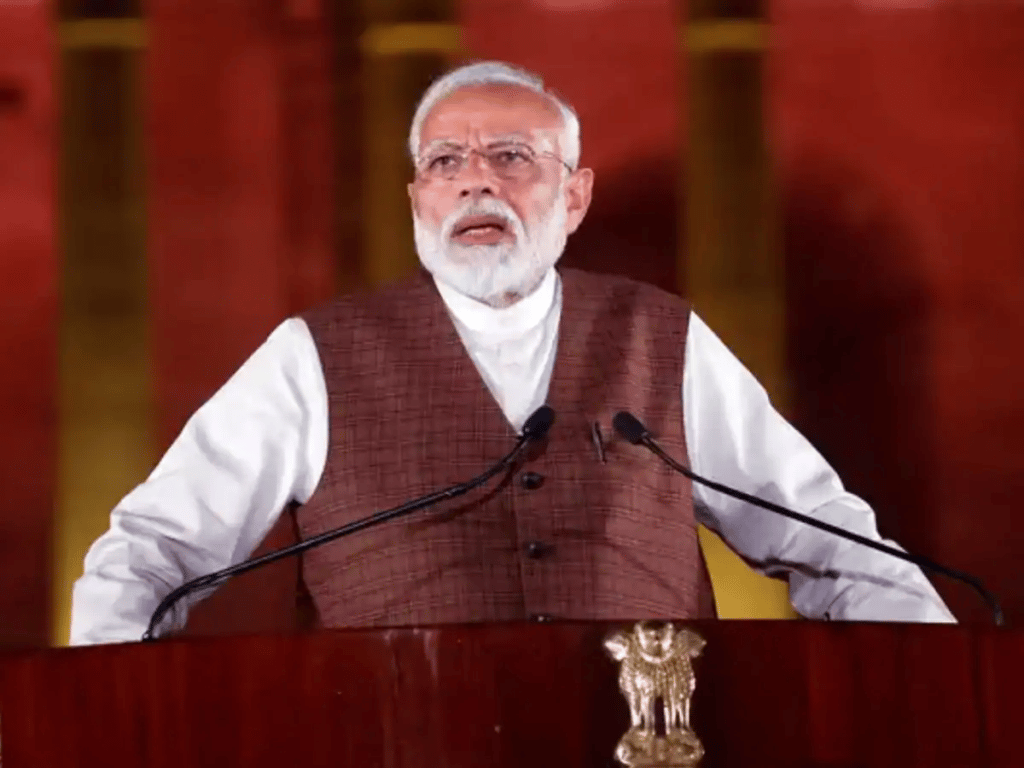 In accordance with the Pradhan Mantri TB Mukt Bharat Abhiyan programme, an individual, a corporate entity, NGOs, elected officials, political parties, institutions, or others can choose to adopt a TB patient or patients by adopting the moniker “Nikshay Mitra,” which means “a dear friend.”Once adopted, these friends will be in charge of giving these TB patients nutritional support and will give them a predetermined list of food plans.

The plan’s foundation is that if patients are not given a nutritional diet, their recovery will be slowed down or impossible. The program intends to provide patients with nutritional support, which would ultimately help India meet the deadline of eliminating TB from the country, five years earlier than the worldwide target.

Speaking at the 74th session of the United Nations General Assembly (UNGA) in New York in 2019, PM Modi reaffirmed his 2018 pledge that India would completely eradicate TB by 2025, five years ahead of the worldwide deadline of 2030.

The Global TB Report of 2021 states that India is the leading contributor, accounting for 24% of the 10 nations’ combined 74% share of the global gap between estimated TB incidence and the number of newly diagnosed cases that are reported.

India appears on all three of the World Health Organization’s (WHO) global lists of nations with high rates of tuberculosis (TB), HIV-associated TB, and multidrug-resistant or rifampicin-resistant TB for 2021 through 2025.

As part of the programme, monthly donations of 3.5 kg of cereals, 1 liter of cooking oil, 1.5 kg of pulses, milk powder, eggs, fruits, and vegetables, among other items, would be supplied to donors to distribute to TB patients.

PM Modi will probably announce the program in a virtual event at some point between August 20 and August 24.

“The PMO has not yet set the final dates. The ministry recommended any day between August 14 and 17 as the launch date.

The concept was also well received by the health minister, who expanded on it with PM Modi.

“PM Modi expressed pleasure in launching the program and expressed happiness with the progress. Enrollments have been taking place, and work on the program has already started. However, after the PM inaugurates it, momentum is anticipated to increase,” the second official said.

There are around 13.5 lakh TB patients in India, of whom over nine lakh have agreed to get support from “Nikshay Mitras,” according to government statistics.

According to data, 447 people, 122 non-profit organizations, 29 corporations, 19 institutions, 18 elected officials, 10 political parties, and 4 cooperatives have so far agreed to adopt the patient (or patients) for a year.

As per the report published in March of this year, there was a 19% increase in TB cases in 2021 compared to the previous year. .Modi declared in 2018 that India would eradicate TB by 2025, five years ahead of the worldwide target of 2030. At the 2019 United Nations General Assembly’s 74th session in New York, he also reaffirmed his commitment.