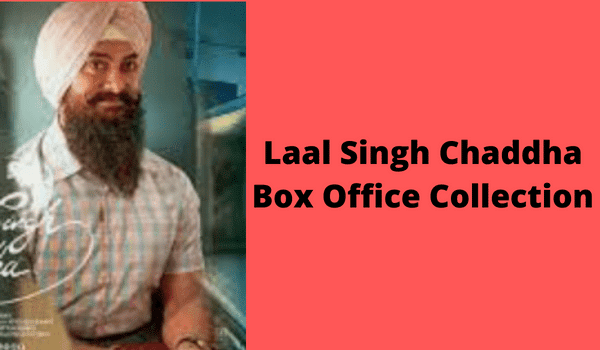 It had been almost four years since Mr Perfectionist Aamir Khan had last appeared on the silver screen, and “Laal Singh Chaddha” was one of Bollywood’s most anticipated films. After so many disappointing showings by Bollywood films, expectations were sky high for “Laal Singh Chaddha.” Unfortunately, however, it seems that Bollywood is not entirely out of the woods; the picture has gotten off to a sluggish start and has been a letdown regarding its Laal Singh Chaddha Box Office Collection.

The amount of money the movie made on its first day at the box office is disappointing when one considers that Amir Khan is the star of the film in question. Keep reading the post to find out why the 1st Day Collection for Laal Singh Chaddha is deemed to have gotten off to a sluggish start. In addition, you should learn the reasons why the movies let down so many individuals.

Amir Khan, known as “Mr Perfectionist” in the Bollywood film industry, returned to the big screen after an absence of four years with the film “Laal Singh Chadha.” The original “Forrest Gump” movie was made in Hollywood, and this film is a reproduction of that movie in Hindi. The movie did well enough in its first weekend to earn the fourth spot on the list of biggest Hindi films opening in 2022. In addition, even when we consider movies made in every language, it still holds a seventh place. In light of these considerations, Laal Singh Chaddha can achieve satisfactory performance in terms of numbers. However, this is Amir Khan’s movie has had the worst opening weekend in the last ten years. In addition, the film’s budget was much larger, coming in at 180 crores.

In addition, even though it was released on holiday and very few people went to see the movie. On the first day of its release, the movie Laal Singh Chaddha only had a 25% occupancy rate. The outcomes were best in East Punjab, Delhi, and Gurgaon’s circuits. In the southern area, the movie’s box office performance was overall satisfactory. On the other hand, it was not very successful in Mumbai and Pune. Despite this, we should anticipate that the movie will have a successful run in the following few days since the weekend draws closer.

This table is designed to provide comprehensive information on the Laal Singh Chaddha Star Cast, which has been described in great depth. This film was released to the public on the occasion of Raksha Bandhan and is also very close to the 75th anniversary of India’s independence. According to the individuals who saw the movie, this LSC Movie transports you to another universe, and you may enjoy the narrative by attending the theaters closest to you. The producers anticipate that Laal Singh Chaddha will have a first-day gross of more than Rs. 15 crores, and they believe that the film’s total gross might exceed Rs. 100 crores for the conclusion of the first week it is in theaters.

It is anticipated that the film will achieve an earnings total of 100 crores within ten days, and audiences will continue to like it even after seeing it several times. Many people are evaluating this movie online, and the ratings are relatively positive. In addition, many individuals are participating in the Laal Singh Chaddha Boycott for various religious reasons; however, many support it. Despite the mixed reviews, it is possible that Laal Singh Chaddha would make more than 15 crores on its first day of release at the box office. Check out the section that follows for information about the star cast and the budget for Laal Singh Chaddha.

As was said before, Laal Singh Chaddha is a Hindi version of the film Forrest Gump, which was first produced in Hollywood. Advait Chandan, well known for his movie “the Secret Superstar,” is the one in charge of directing this one. The film’s primary protagonists were played by Bollywood actors Amir Khan and Kareena Kapoor. Regarding the evaluation of the movie, we cannot avoid drawing parallels between it and the book. If you have not seen the original film, we recommend that you view Laal Singh Chaddha first.