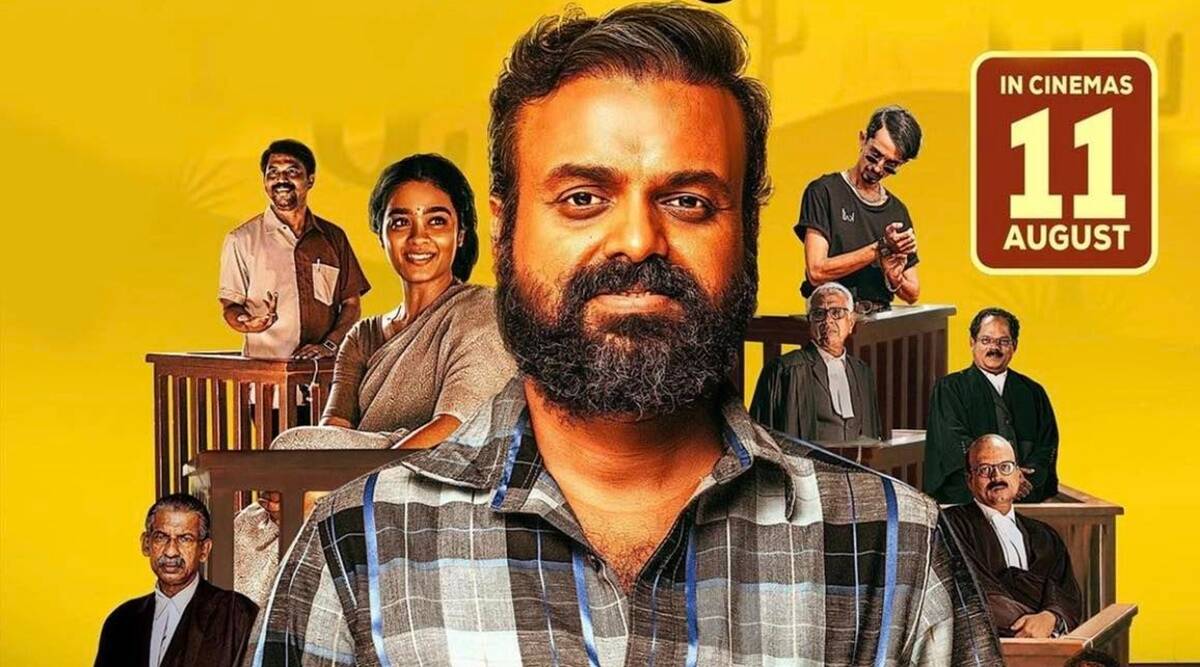 In Nna Thaan Case Kodu, which is Malayalam for sue me, Rajeev (Kunchacko Boban) is a reformed thief. After escaping from cops during an attempted theft, Rajeev finds refuge under the shadows of Devi (Gayathrie), a Tamil-speaking girl living in Kerala. He falls in love with Devi and decides to turn the corner. Devi, knowing that he has a troubled history with the law, gives him a chance to reform. She agrees to enter a relationship with him on the promise that he would never go back to thievery again. And they both decide to start a family without first getting into wedlock. Who said live-in relationships were exclusive to urban-dwelling, liberal-minded, well-earning, rebellious youngsters?

When Rajeev is accused of theft again, Devi doesn’t get hysterical about falling for his promises. She simply tells Rajeev, “Go away so that my child doesn’t have to carry the shame of your deeds.” When a cop identifies Devi as Rajeev’s wife, she quickly corrects him, “We are not married, just lovers.” She is not ashamed of her life choices and does not worry about being judged. She is a strong, independent woman even as by looking at her we might misunderstand her as a poor, weak and helpless woman. Her strong-willed personality breaks the stereotypes that come with how she looks.

Rajeev also has more to his personality than what we assume of him based on his greasy, unkempt look. He knows enough of the law to convince a judge to grant him bail without the support of legal aid.

The main source of the film’s entertainment is how director Ratheesh Balakrishnan Poduval presents the narrative through characters handpicked from real-life. It’s a part courtroom drama and part procedural film. It’s not just about two sides making excellent points about the case. It’s about issuing challans, finding relevant sections, writing countless petitions, and making additional petitions. And the film also highlights how the justice system on paper is effective but human error in enforcing it renders it less effective.

The judge, played by an excellent PP Kunhikrishnan in the movie, is quirky. He has his own set of eccentric qualities. While for Rajeev and Devi, their life depends on their petition, for the judge, it’s just another case from the endless stream of cases. He’s not emotionally invested in the case as much as Rajeev and Devi. But, that doesn’t mean he cannot have fun hearing the case, which seems to be building up to something unexpected.

Kunhikrishnan’s performance is one of the highlights of the movie. The little smiles signaling that he is a sucker for flattery and how a little praise can get him to sign on important orders, all highlight how the human factor muddies a near-perfect legal system.

Ratheesh has done an amazing job hand-picking every actor in the cast. They all fit into their given roles and seemingly deliver a very lived-in performance, something that we can’t experience from popular stars.

Nna Thaan Case Kodu feels like a spiritual sequel to Mahaveeryar. Both are courtroom dramas that explore the themes of truth, justice and equality. More importantly, they tackle the idea of ​​holding those in power accountable for their actions in a court of law. Mahaveeryar wondered about how well our modern criminal justice system would fare had it existed in the times of kings and emperors. In Nna Thaan Case Kodu, Ratheesh tries to examine the power and tools of a court when it comes to holding the modern-day royalties, aka political leaders, accountable.

Unlike Mahaveeryar, Nna Thaan Case Kodu doesn’t have any fantasy element to it. It’s well grounded in the realities of the current times. There’s a popular dialogue in the classic Kannada movie Bhootayyana Maga Ayyu that captures the hard-hitting truth about common people knocking on the doors of courts to solve their conflicts. The dialogue goes, ‘Kōrṭalli geddavanu sōta, sōtavanu satta’ (in a court dispute, you lose if you win and if you lose, you’re dead). In other words, there is no winner in a court case. And Nna Thaan Case Kodu is the personification of these wise words.

The victory at the end of a long-drawn legal battle doesn’t feel sweet. It’s rather bitter and stressful, makes little difference and seemingly nobody cares.