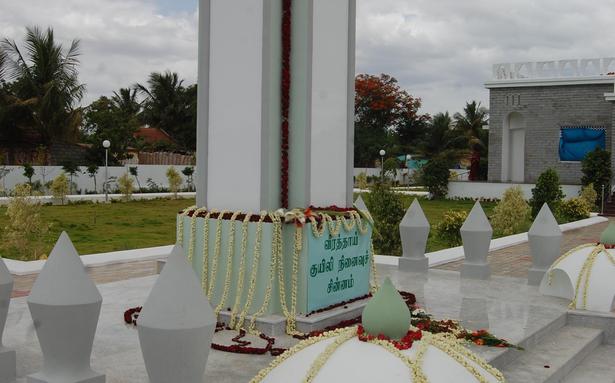 One of the personalities prominently featured in the tableau was queen Velu Nachiyar, who ruled Sivganga in the late 18 th Century. President of India Draupadi Murmu mentioned Velu Nachiyar in her inaugural speech recently.

The tableau also featured another woman warrior near Velu Nachiyar. While Velu Nachiyar’s story has gained popularity in recent times as the queen who fought against the British even before Rani of Jhansi, many would have wondered who the other woman was.

It was Kuyili, believed to be a brave warrior and an aid of Velu Nachiyar. Unfortunately, no written history exists about her life. However, a few writers have tried in the last few decades to paint the story of Kuyili based on oral histories and folk songs.

According to such writers, Kuyili worked initially in the palace of Velu Nachiyar and later became a key person in the queen’s army. Information presented by these writers vary slightly regarding the details of how Kuyili met Velu Nachiar and the equation between the two. However, details about her valor and her ultimate sacrifice of her remain the same in all these versions. According to them, Kuyili set herself ablaze and jumped into an armory of the British, thereby destroying it completely.

R. Lenin, who wrote a book on Kuyili under the pen name ‘Santhimavo’, argues in his book that many folk songs sung by elderly people in villages in Sivaganga district refer to Kuyili. The book says the deity ‘Theepanja Amman’ (the name roughly translates as the goddess who jumped into fire), worshiped in Muthupatti village, was in fact Kuyili. Similarly, he points out that a family in Idaikattur village performs annual rituals in the Tamil month of Maasi for Kuyili.

R. Kaleeswaran, a member of the Loyola Students Support Services in Loyola College, Chennai, has done similar research before Mr. Lenin and documented many folk songs. He says one cannot insist on written history to trace the stories of those from marginalized communities. “Folk songs are an important source of information. Many eminent scholars have relied on oral histories in their work,” says Mr. Kaleeswaran, who also runs the organization Alternative Media Centre.

There has been opposition as well from certain sections to the narrative on Kuyili’s life. While some argue such a person never existed and the incidents described were unlikely to have happened, others claim she did not belong to the marginalized Arunthathiyar (a Scheduled Caste) community as widely accepted.

When the Tamil Nadu government decided to set up a memorial statue for Velu Nachiyar and an adjacently located memorial monument for Kuyili in Sivaganga district, the opposition from these sections became more vocal. Mr. Kaleeswaran says he presented all the findings based on oral histories to the State government to persuade him to not heed to such criticisms. The monument was inaugurated by then Chief Minister Jayalalithaa in July 2014.

Writer and theater artist V. Sriram Sharma, who has staged dramas on the life of Velu Nachiyar for more than a decade now, says audiences always connect to the character of Kuyili. “In my play, there is only one scene for Kuyili. Yet, this scene will always attract the loudest applause wherever we staged the drama,” he says.

Mr. Sharma, who has authored a book on the life of Kuyili in Therukuthu format, says her life was a great example of communal harmony as it shows how people from different castes came together at that time to fight the British.