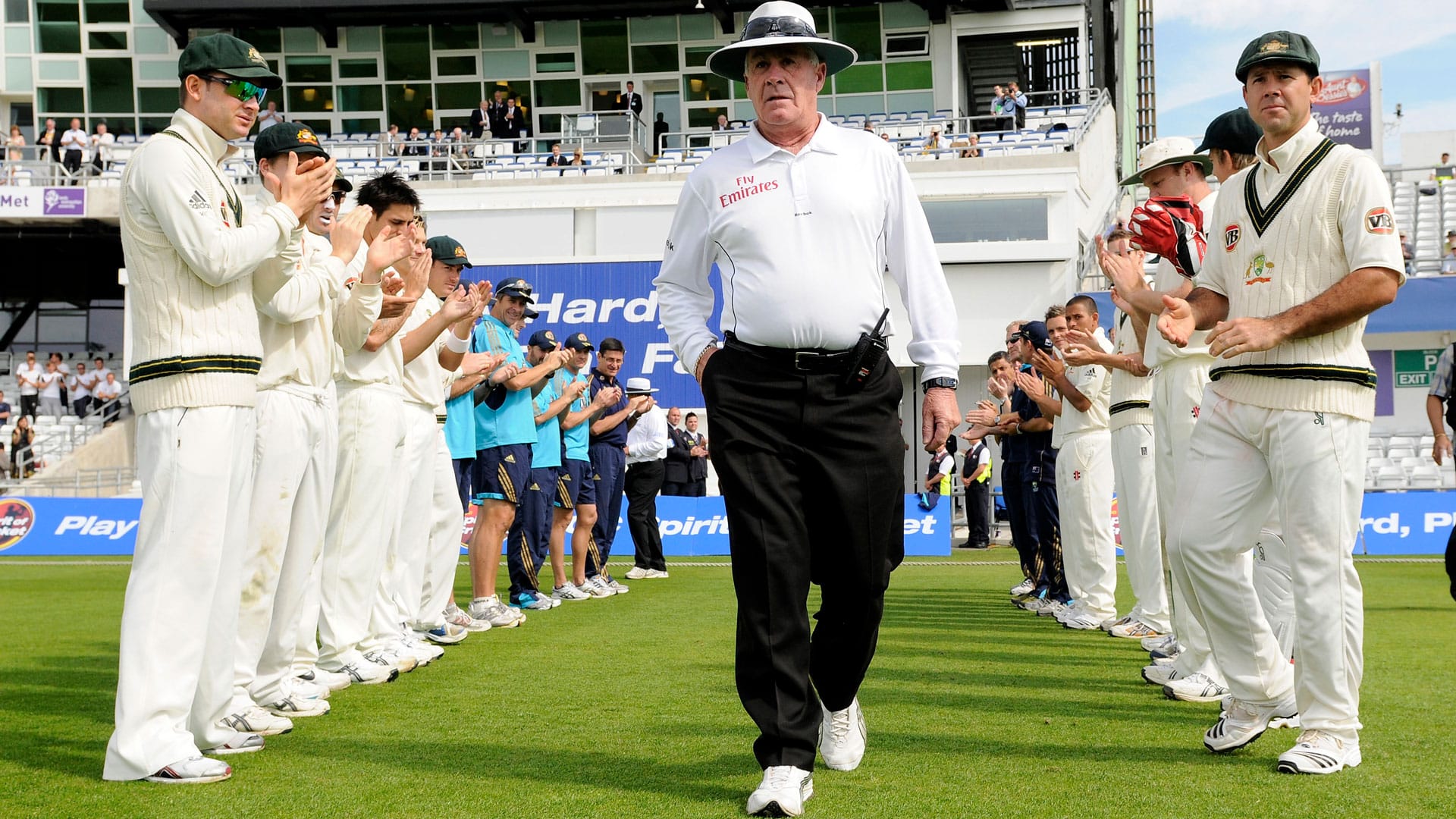 Tributes arrived quickly for Rudi Koertzen after the well-respected international umpire died in a car crash in South Africa on Tuesday.

One of only three umpires around the world to have officiated in more than 100 Test matches, the South African was a universally respected figure around cricketing circles.

Rudi Koertzen officiated in 331 international matches, the second-most by any umpire.

Farewell to one of the earliest members of the ICC Elite Panel of Umpires. pic.twitter.com/QN5JJBcv1F

Koertzen was much loved in his home country of South Africa, with ICC Hall of Fame member Jacques Kallis and star batter Herschelle Gibbs leading the tributes.

Such sad news hearing the passing of umpire Rudi Koertzen. One of the gentlemen of the sport 🏏 RIP Oom Rudi.

Kallis wasn’t the only ICC Hall of Fame member that took to social media to express their sadness, with a host of other former players already in the Hall of Fame also sharing their sentiments.

Two moments in my career I’m most often asked about. Quick ton v England in Perth and walking in WCup Semi v SL. Umpire on both occasions was Rudi Koertzen. Iconic figure in the game. A great umpire and a great friend. Matte RIP. 😢💔

Rudi Koertzen was a very competent umpire who loved his job and the game of cricket. He was a wonderful gentleman on and off the field of play. Really saddened to hear the news of his passing from him. Condolences to his family and friends #OneOfTheGreatUmpires #CricketFamily

Saddened at the tragic loss of Rudi Koertzen. What a wonderful friend and umpire. Honest, forthright and loved the game. Shared many a beer at the bar talking cricket with him. RIP my friend.

I first met Rudi in 1992 & we became good friends over the years. He was a warm-hearted person who always greeted players with a big smile. I have commanded respect from one & all.

My heartfelt condolences to his loved ones. He’ll be dearly missed. 🙏🏻

Saddened to hear the unfortunate news. Thoughts and prayers are with Rudi Koertzen family and friends. Rudi was a great umpire and a wonderful human being. You’ll be missed by the entire cricketing fraternity.

Saddened to know about the sudden demise of umpire Rudi Koertzen he was, forthright and knowledgeable umpire had shared some wonderful moments with him on and off the field. My deepest condolences to the family. R.I.P.

But in a sign of just how well respected Koertzen was around the world, the tributes didn’t end there.

Tragic news of the sudden passing away of Rudi Koertzen. He was a gifted individual and one of the finest umpires the game has witnessed, known for his sharp decision making abilities.

My deepest condolences to his family and well wishers 🙏🏻 #rudikoertzen pic.twitter.com/9mV1V09F7a

Really sad to hear about the passing away of former umpire Rudi Koertzen. He was one of the sharpest and finest umpires that we’ve seen. My deepest condolences to his family from him. RIP Rudy. pic.twitter.com/vxfZ3z4BcH

Okay Rudi Koertzen! Om Shanti. Condolences to his family from him.

Had a great relationship with him. Whenever I used to play a rash shot, he used to scold me saying, “Play sensibly, I want to watch your batting.”

One he wanted to buy a particular brand of cricket pads for his son (cont.) pic.twitter.com/CSxtjGmKE9

Very sad to hear about Rudi’s death. Rudi was a great human being with a wonderful attitude & relationship with players. He had respect for the game & players & always displayed great temperament with a smile on his face. My sympathies with his friends and family of him on his sad passing of him. pic.twitter.com/s1kHjGKqpx

We lost one of the finest umpires of all time Today, Mr Rudi Koertzon. Condolences to Near and dear ones You will be remembered.. pic.twitter.com/2Av8YTgahw