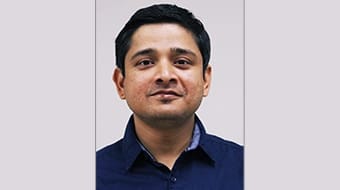 The Supreme Court on Wednesday clubbed and transferred to Delhi Police at least 10 first information reports (FIRs) lodged across the country against suspended Bharatiya Janata Party (BJP) leader Nupur Sharma for her controversial comments on Prophet Mohammed during a TV debate on May 26, while turning down the West Bengal government’s plea to instead set up a multi-state investigating unit, and to monitor the probe.

On July 1, the bench of justices Surya Kant and JB Pardiwala lashed out at Delhi Police, which will now probe the cases against Sharma, for giving her a “red carpet” in its initial investigation into an FIR against her, and observed that while another person she complained about was arrested immediately she herself was still free.

Refusing to entertain Sharma’s plea to protect her from arrest and club all the FIRs against her, the bench on that day had also said that Sharma was “single-handedly responsible for putting the entire nation on fire”.

However, on July 19, in an apparent rethink, the bench stopped her arrest and also agreed to consider clubbing the FIRs as she claimed threats to her life and apprehension about moving across the country to face prosecution.

In its order on Wednesday, the bench borrowed from the Supreme Court judgment last month in Alt News co-founder Mohammed Zubair’s case, emphasizing that all FIRs relating to the same incident must be shifted to a single investigating agency, particularly in the wake of threats to life and liberty expressed by Sharma following FIRs in different states, including Delhi, Maharashtra, West Bengal, Telangana, Karnataka and Jammu and Kashmir. The FIRs have been lodged under charges of promoting enmity between religions, offending religious sentiments and making statements leading to public mischief.

The bench also extended the interim protection from arrest granted to Sharma on July 19 in all the present and future FIRs, adding that probe in any future FIR shall automatically stand transferred to the Delhi Police. The court said that the Intelligence Fusion and Strategic Operations (IFSO) unit of Delhi Police, which is already seized of two pertinent FIRs in the matter, will take the investigation to a logical conclusion.

Sharma will also be at liberty to approach the Delhi high court for getting the FIRs quashed, said the bench, clarifying it has not expressed any view on the merits of the accusations against the lawyer-politician.

“Whatever view we have taken in the Zubair case, we will do that here too. I was a member of that bench,” said justice Surya Kant.

On July 20, another top court bench, which included justice Kant, granted an interim bail to Zubair in seven criminal cases registered against him in Uttar Pradesh over his tweets and ordered his immediate release from jail. It also clubbed and transferred all the seven first information reports (FIRs) against the fact-checker from Uttar Pradesh to Delhi where the special cell of Delhi Police was carrying out a thorough investigation into his tweets and financial dealings from him in a separate FIR.

Meanwhile, during the proceedings on Wednesday, senior advocate Maneka Guruswamy, appearing for the West Bengal government, argued against transfer of cases to Delhi on the grounds that the first FIR against Sharma was lodged in Maharashtra while West Bengal happened to be the state where the impact of her controversial statements was felt the most.

“The FIR at Delhi is an FIR filed by her against some unknown persons for extending threats to her. She is a complainant in that FIR and not an accused. But in the Zubair case, the first FIR against him was in Delhi and that is why the cases were transferred there…let there be no impression that an accused is being allowed to pick jurisdiction of her own choice,” she contended.

Adding that the West Bengal government is ready to give Sharma adequate security whenever she is brought to the state, Guruswamy pleaded the bench to constitute a special investigation team (SIT), consisting of investigators from different states, and also monitor the probe.

Justice Kant further told the senior lawyer: “Monitoring of investigation by a court is something I did not appreciate even as a high court judge. It puts pressure on an investigating agency. But I think they should be able to conduct a free and fair investigation without being influenced by any other factor.”

At this point, Guruswamy referred to the nationwide outrage following Sharma’s comment, complaining she has not come to the court with clean hands.

“That is for you as a state to take care of. That issue is not before us. We do not want to comment on it,” retort the court, also rejecting Guruswamy’s plea to keep Sharma’s petition pending in the court.

The bench had on July 19 protected the BJP leader from arrest and agreed to examine her plea for clubbing all FIRs against her to one place, 18 days after it said Sharma’s plea seeking to either quash or stay the proceedings in FIRs against her shows her “ obstinate and arrogant character”, and that Sharma does not want to appear before a magistrate because she thinks “magistrates of the country are too small for her”.

On that day, the court sought to clarify that when it denied her relief during the hearing on July 1, it did not mean to compel Sharma to approach several courts spanning different states where FIRs were lodged against her.

The bench, which was at the center of a storm following its strong comments against Sharma and its denial of her plea to club the FIRs, had on July 19 cited the emergence of new facts. These included death threats to Sharma through two viral videos – one from an Ajmer Dargah cleric and another by a man from Uttar Pradesh –announcing a reward for beheading her.

As put forth by her lawyer, senior advocate Maninder Singh, the court on that day also recorded the facts of issuance of a lookout circular against Sharma by the West Bengal Police, and the presence of her address on the cell phone of a man arrested in Bihar in connection with a terror module case.

Sharma moved the top court in June, alleging that FIRs were registered against her in a coordinated attempt to silence her and impinge on her right to free speech and liberty. She contended that there were threats being extended to her and her family members of her.

On July 1, the bench junked Sharma’s request to consider transferring all the FIRs against her to Delhi, punishing her for her comments. “This lady is single-handedly responsible for what is happening in the country… The outcome of her statement by her is what happened in Udaipur… the unfortunate killing in Udaipur. Her remarks about her were extremely disturbing, ”it was observed at the time, adding Sharma must apologize to the whole nation for her“ loose tongue ”that ignited strong emotions just to fan an agenda.