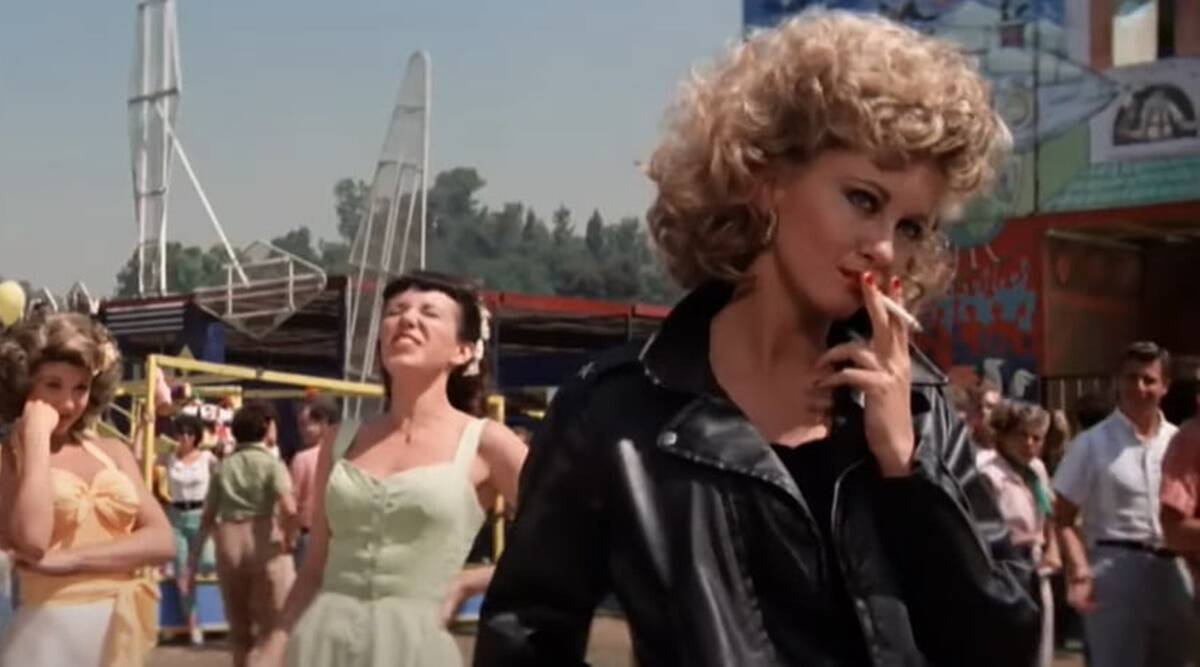 when grease Released in 1978, it featured star-crossed lovers, polar opposites, good girl-bad boy, slick leather jackets versus pastel cardigans, and a relationship rule that pop psychology will easily rubbish: change yourself for your partner. grease was the original high school musical and Sandy, played by Olivia Newton-John, was the iconic blonde, blue-eyed, demure “girl-next-door” of Hollywood.

Newton-John died on Monday at her ranch in Southern California at age 73. She was diagnosed with breast cancer in 1992 and had lived with the disease on and off since then. Since her death of her, several fans and peers invoked her of her most famous role of her and posted on social media, mourning the passing of “Our Sandy”.

Actor John Travolta, who played bad boy Danny Zuko opposite Olivia Newton-John‘s Sandy, tweeted, “My dearest Olivia, you made all of our lives so much better. Your impact was incredible. I love you so much. We will see you down the road and we will all be together again. Yours from the first moment I saw you and forever! Your Danny, your John!”

Newton-John and Travolta, who were 29 and 23 at the time of filming greasetogether gave some cult classics with the movie’s soundtrack. You’re the One That I Want, Hopelessly Devoted to You and summer nights were steady on pop charts across the world.

Newton-John, a four-time Grammy winner, began performing as a child while in Australia, with weekly pop shows, and reached superstardom after moving to the US. Her first hit for her came in 1971 with the Bob Dylan country rock number, If Not for You. Let Me Be There, her country-influenced song, was her first top 10 single in the US when it was released in 1973 and won her a Grammy for best female country vocalist. In 1974, she represented the UK in Eurovision, with the track Long Live Love. She finished fourth, behind Abba.

Her country-pop image was shattered with grease, especially with the transformation from “good Sandy” into “bad Sandy” in the film’s finale. The metamorphosis into a “Grease girl” was meant to match Danny’s image of her, with changes in every aspect of good Sandy’s fashion sense. In place of the perfect ponytail came a big curly mane, vivid make-up with red lipstick, and spandex trousers instead of flouncy skirts. Topping it all off, a cigarette. It remains one of Hollywood’s most memorable makeovers.

Singer Rod Stewart posted on Instagram, with a picture of “bad Sandy”: “Her spandex trousers in grease were my inspiration for my ‘Da ya think I’m sexy’ era.” Newton-John’s black suit, which could contest with Marilyn Monroe’s sheer dress for the tightest fit, became a fashion craze. The ensemble is replicated on Halloween, costume parties and red carpets even today by celebrities such as Gigi Hadid, Leann Rimes and Hailey Bieber. Singer Mariah Carey tweeted that she dressed up as “Bad Sandy” for Halloween in the fifth grade and “thought I was everything.”

Olivia Newton-John had once stated that she had to be stitched into the skin-tight pants because they were made in the 1950s. In 2019, she auctioned the pants and other career memorabilia to raise money for the Olivia Newton-John Cancer Wellness and Research Center in Melbourne, Australia, that she set up in 2012. The center has been involved in about 200 clinical trials for a variety of cancers, including brain, bowel, breast, melanoma, gastrointestinal, head and neck, pancreatic, prostate and lung cancer, according to The Guardian. “I’ve realized over the years, especially when you go through stuff, that stuff isn’t what’s important,” she told Reuters in 2019. The pants and the jacket sold for $405,700, more than double the auction estimate.

Much like her movie avatar, in real life, Newton-John’s image was mainly “sweet” and never “sexy”. Things changed with her by ella song Let’s Get Physical in 1981, which seemed to be about the 1980s fitness craze (hello, leotards) but was suggestive of sex, with lines such as There’s nothing left to talk about/Unless it horizontally.

Let’s Get Physical changed the way audiences viewed Olivia Newton-John. The song was banned on some radio and TV stations for being too sexual. Yet, the star herself was oblivious of her song’s innuendo of her. She told ET in 2021 that she freaked out only after she recorded the song and told her manager to kill it. He said to her that it’s already on the charts. “It’s doing really well, we can’t stop it,” she remembered him saying. And were audiences glad for it. Let’s Get Physical remains her all-time biggest hit and the No.1 hit of Billboard’s 1980s chart.