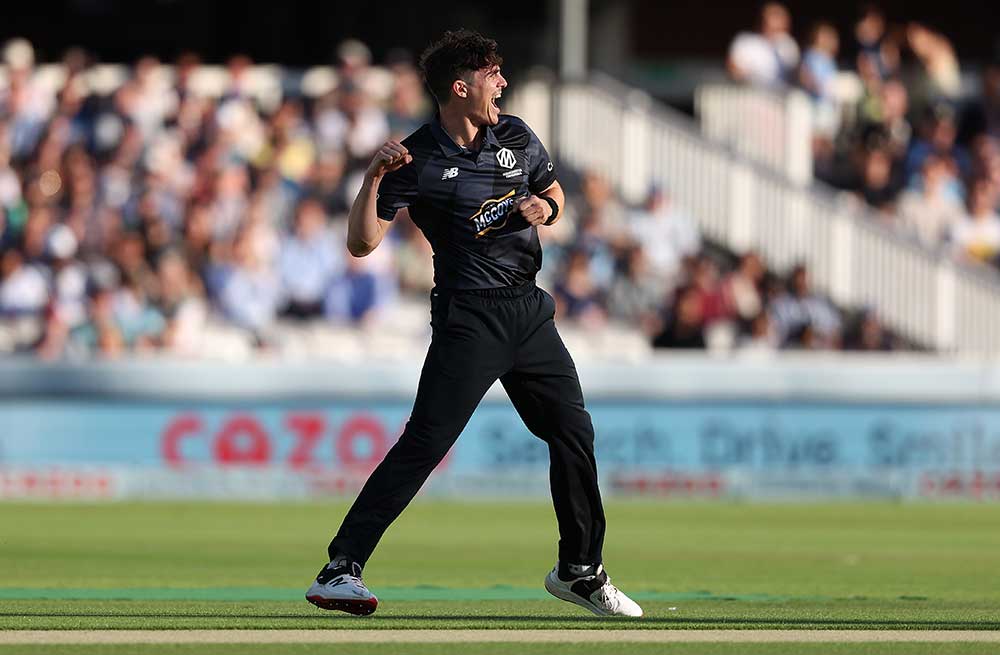 Glenn Maxwell shrugged off an injury scare after tweaking his back while fielding during London Spirit’s easy victory over Manchester Originals in England’s domestic Hundred competition.

Maxwell had just taken an outfield catch when two balls later he went to field a ball hit into the deep by Phil Salt.

With the dew settling on the Lord’s outfield he slipped and was off balance as he threw and landed awkwardly. As he did so the 33-year-old clutched his back and looked in pain.

Maxwell went off and was replaced by a substitute fielder, but after treatment was able to return to the field as Spirit won by 52 runs. He was off the field for 15 deliveries in the 100-ball innings.

Aussie allrounder Sean Abbott had begun well picking up the wicket of Adam Rossington’s second ball, but went for 28 off his 15 overall.

Originals were rarely in the hunt and were dismissed for 108.

They made a bad start when England’s current white-ball captain Jos Buttler was dismissed for six and it didn’t get much better. Salt made 36 off 34 but saw wickets tumble around him with Jordan Thompson taking 4-21 in 20.

Abbott made ten off seven, six of them coming after he was caught on the rope but fielder Ravi Bopara had a foot on the cushioning, and was one of only three Originals players who reached double figures.

Nathan Ellis did not get a wicket but bowled tightly to enhance his reputation, conceding 16 off 20 balls. During his third set the dangerous Andre Russell was run out as Originals tried to break the stranglehold.

Ellis was a late addition to the Spirit squad after Tasmania and Hobart Hurricanes teammate Riley Meredith was ruled out on the eve of the season with a hamstring injury.

The Spirit also boast Aussie Ben McDermott in their ranks, but he was not part of the playing XI, while Ashton Turner remained on the bench for the Manchester side.

Maxwell and Abbot are part of the group of Aussies who are playing the early stages of the Hundred before returning home ahead of a three-match ODI series against Zimbabwe that starts August 28 in Townsville.

The others are Marcus Stoinis (Southern Brave) and Adam Zampa (Welsh Fire).

Australians at The Hundred 2022