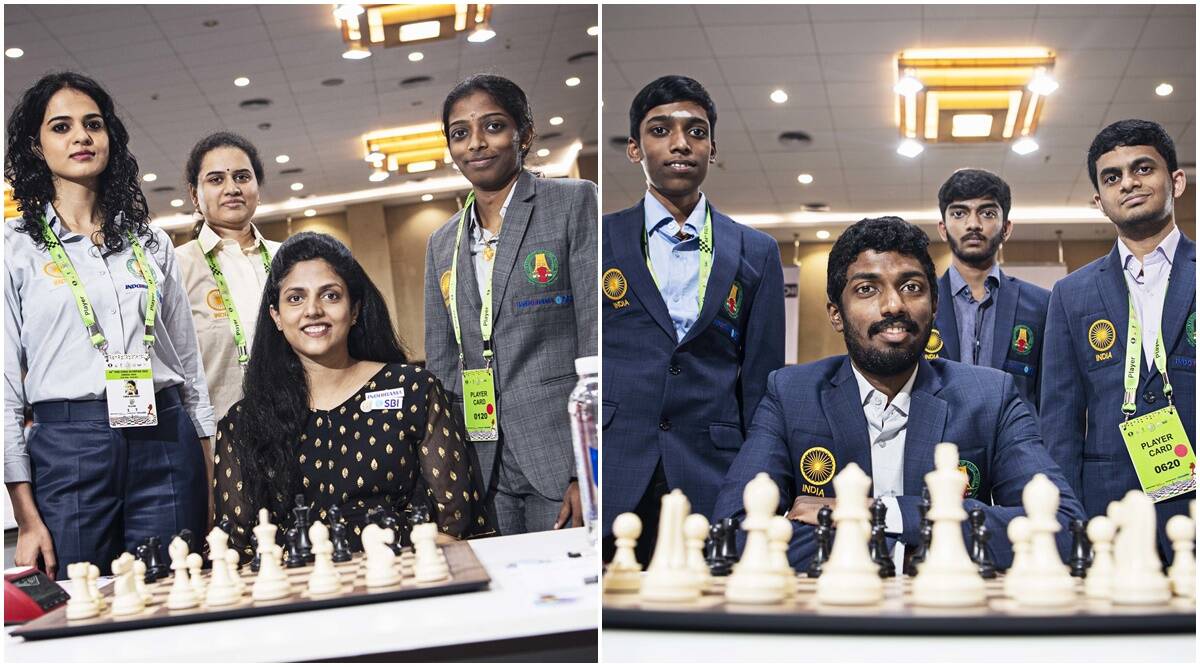 Their ‘tryst-with-glory’ moment turned out to be a tryst with heartbreak. When the Indian women’s team entered the game hall in the morning, they had one hand on the gold medal. But as the day unfolded — arguably the most crushing of their playing lives — an inspired US plotted a shock defeat, whereby Ukraine snatched the gold medal and they ended up with a bronze. A historic medal, nonetheless, but drenched in tears of grief. A historic medal, but a cruel souvenir of their most painful afternoon.

How differently could it have ended! Sometime later, they would revisit the game and wonder what went wrong or how differently they should have played it. Time will heal wounds and they will resign to the cruel denouement of the sporting gods. They did not blunder, rather they were outplayed by a team that was nowhere among the title contenders. As Tania Sachdev, painting a stoic face, put it: “We all have bad days. But for us, that moment came on our most important day. The last day.”

There was no self-pity, but self-empathy. None would feel that sense of cruel destiny as Tania. She was the anchor steering the wheel to the golden shores, the El Dorado. Until this match, she was on an unbeaten streak and had managed eight points from 10 games. But of all the matches, the law of averages caught up with her on the last day and she lost her first game of the campaign. She summed up the game against 18-year-old Carissa Yip: “Nothing worked for me, absolutely nothing. It happens to all players, but unfortunately it happened to me on the most decisive day. We had worked so hard for all these months and reached so close, but to slip on the last day is devastating,” she reflected, concealing the pain in a half-smile.

India A wins bronze medals in the Women’s section of the home Chess Olympiad.🥉👏

Most days, there would be a savior to lift them out of the abyss. On Tuesday, there was none. Both R Vaishali and Koneru Humpy were forced into draws by Gulrukhbegi Tokhirjonova and Irina Krush. Bhakti Kulkarni, who had replaced the experienced Harika Dronavalli who is in an advanced stage of pregnancy, too fumbled against Tatev Abrahamyan. “We missed her (Harika) but we had made a decision to not play her on the final day as her pregnancy was quite advanced,” Humpy said.

Humpy has waged several battles and endured dizzying ups and downs herself, but in a defeated tone, she said: “Winning a bronze is indeed historic, but as a sportsperson, I am still grappling with the reality that we failed to win a tournament that we should have. We had beaten most of the teams, drawn against Ukraine, we were cruising midway through the tournament, yet…” She could not finish the sentence. Their Olympiad would remain like that — an unfinished sentence.

But they have comrades in grief. India B could hear the tinkle of gold too when they were en route defeating eventual champions Uzbekistan on Monday. But D Gukesh — the most tragic of tragic heroes — self-destructed against Nodirbek Abdusattorov. For much of the match, Gukesh was winning, before it came to a drawing position, where upon his opponent offered a draw. The Indian refused and got beaten. Sometimes, on such monosyllabic words hinge the destiny of men and empires. He felt devastated and shut himself in the room. Then it dawned on him that there was still a match to play, another high-stakes match: “I thought if I am gonna kill myself, I would rather do it tomorrow than today. I will fight for one more day.”

Congratulations to the youngsters from India 2 for winning the bronze medals in the open section. 🥉👏#ChessOlympiad

Admirable was his recovery, though grayly German Vincent Keymer held him to a draw. So was the fate of R Praggnanandhaa at the hands of Rasmus Svane. But the victories of Raunak Sadhwani and Nihal Sarin guaranteed a bronze. However, it was little consolation for Gukesh, adjudged the best player of the tournament for his record-equalling streak of eight wins in eight games

“Yeah, we won a medal, I won a medal but the bronze would have been a gold, but for the mistake I made. I was very angry at myself, and that hurts me,” he said.

But the warm embrace of Viswanathan Anand soothed him. “He told me that it is all part of life and you should get motivation from such incidents. He then collected some of his own heart-breaking moments from him and I felt much better, ”he Gukesh.

GM Nihal Sarin, bronze medal winner: “We met Anand yesterday after the game, and he really cheered us up. He said it happens to everyone, it’s normal, and you just have to move on, don’t think about the past. It really helped our morale a lot”
Interview: https://t.co/1590CJdPXr pic.twitter.com/Y1IXVLfLu0

Nonetheless, there were more positives than negatives in the overall evaluation. The negative was India A finishing fourth, probably hinting at a transition phase and reality check. For there is a generation of whiz kids snapping at their heels. Gukesh, with his exemplary performance from him, has leapfrogged the rest to become India No. 2. Praggnanandhaa demonstrated that there is a steelier side to his game from him. Nihal and Raunak too are teenagers and perhaps the best days of Indian chess are yet to be. The B team was the cynosure of the chess fraternity that had descended in Mahabalipuram over the fortnight. “Hopefully, the gold that we missed here would inspire us for the gold in the next Olympiad,” said Gukesh, regathering his defiance of him.

The women’s bronze, when viewed in isolation, would give a fillip for women’s chess in the country. Humpy explained: “In India, there are few women players, and this medal would certainly inspire more girls to take up chess professionally. That would be the legacy of our bronze, though it could have been better,” she says. Grief still lingered in her tone of her, but in these moments of heartbreak could lie the seeds of their moments of glory.