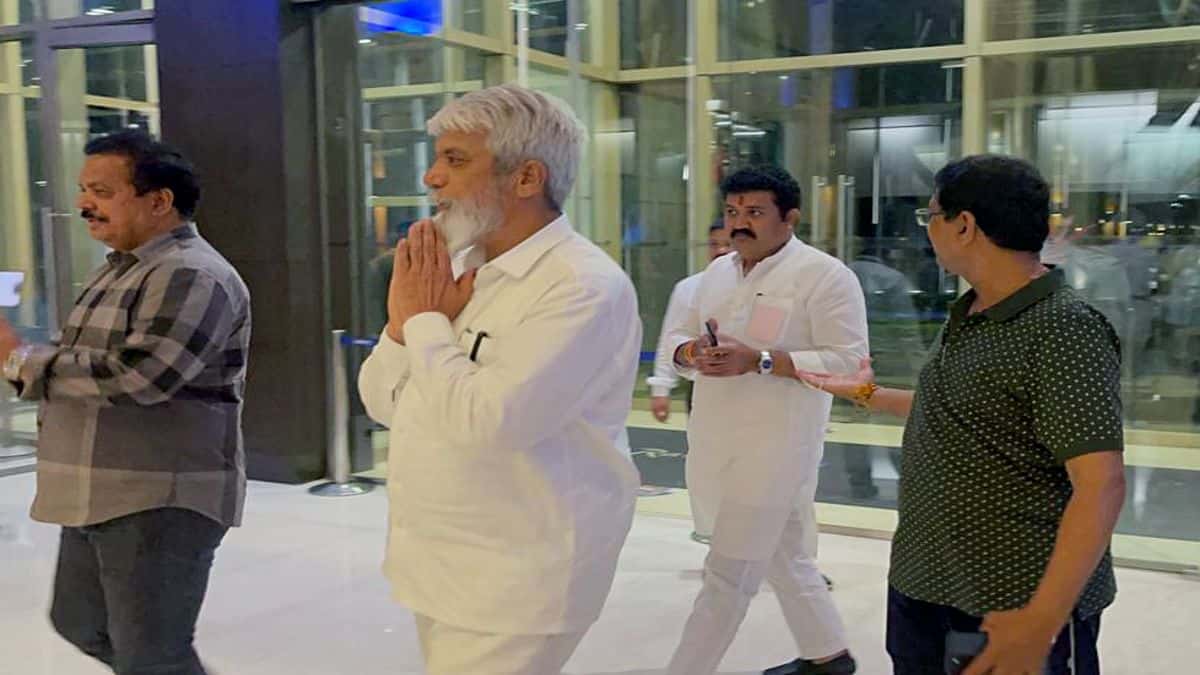 Rathod, a rebel Shiv Sena legislator who was formerly forest minister in the Uddhav Thackeray-led Maha Vikas Aghadi government, had faced allegations linking him to the “suicide” of a Tiktok star, Pooja Chavan.

The opposition BJP — with Devendra Fadnavis, now deputy CM, leading the charge — had mounted a successful campaign to force Rathod to resign.

On Tuesday, however, Rathod became one of 18 MLAs sworn in to the newly expanded Eknath Shinde-Fadnavis cabinet.

His induction came despite opposition from within the BJP, particularly Chitra Wagh, the vice-president of the party’s state unit.

Despite the allegations, Chief Minister Eknath Shinde has defended Rathod.

“He’s been given a clean chit by police after an investigation during the previous government,” Shinde told the press after the cabinet expansion Tuesday. “That’s why we have made him a minister. We will speak to anyone who has an objection.”

Rathod’s induction isn’t the only one that has raised eyebrows — Abdul Sattar, a three-time MLA from Sillod in Aurangabad district, is another controversial new inductee.

In August 2022, the names of Sattar’s children appeared in a list of more than 7,800 candidates accused of rigging the Teachers’ Eligibility Test (TET) conducted in 2019-2020. Sattar, a former Congress leader who joined the Shiv Sena in 2019, has denied the allegations.

The third controversial minister who was sworn in Tuesday is the BJP’s Vijay Kumar Gavit. Gavit, formerly a leader of the Nationalist Congress Party (NCP), joined the BJP in 2014. 2017 — when Fadnavis was CM — a high-level probe found Gavit guilty of corruption and irregularities in the tribal development department, which he had headed from 2004 to 2009.

Kishori Pednekar, a Shiv Sena leader of the Thackeray camp and a former Greater Mumbai, told the press that these developments showed that the BJP was “like a washing machine”.

“Once they go there, they come out clean,” she said.

The case against Rathod

CM Shinde was reacting to a tweet by Wagh expressing her disappointment in Rathod’s induction.

“It is very unfortunate that Sanjay Rathod, who caused the death of Maharashtra’s daughter Pooja Chavan, has been given the post of minister again,” Wagh said in the tweet earlier. “Even though he is a minister again, I will continue my fight against him. I believe in God and justice. We will fight, and win.”

Rathod is a four-time MLA from Digras in Maharashtra’s Yavatmal district. He belongs to the Banjara community and is the only Shiv Sena MLA from the district in the Vidarbha region.

Pooja Chavan, a Tiktok star from Marathwada’s Beed district, died after she fell off the balcony of her Pune apartment in February 2021. It was alleged that Rathod was in a relationship with her and that it soured, leading to her suicide.

Fadnavis led the charge against Rathod in the assembly. On February 28, 2021, Rathod resigned.

In June this year, the Pune Police gave a “clean chit” to Rathod, paving the way for his return to the cabinet. Days later, when Shinde raised the banner of rebellion in the Shiv Sena, Rathod sided with him.

Barely a week after Shinde was sworn in as CM, he had hinted that Rathod could find a place in the expanded cabinet.

Also Read: What next for MVA as Uddhav govt falls? Struggle for survival, fresh strategy for BMC polls