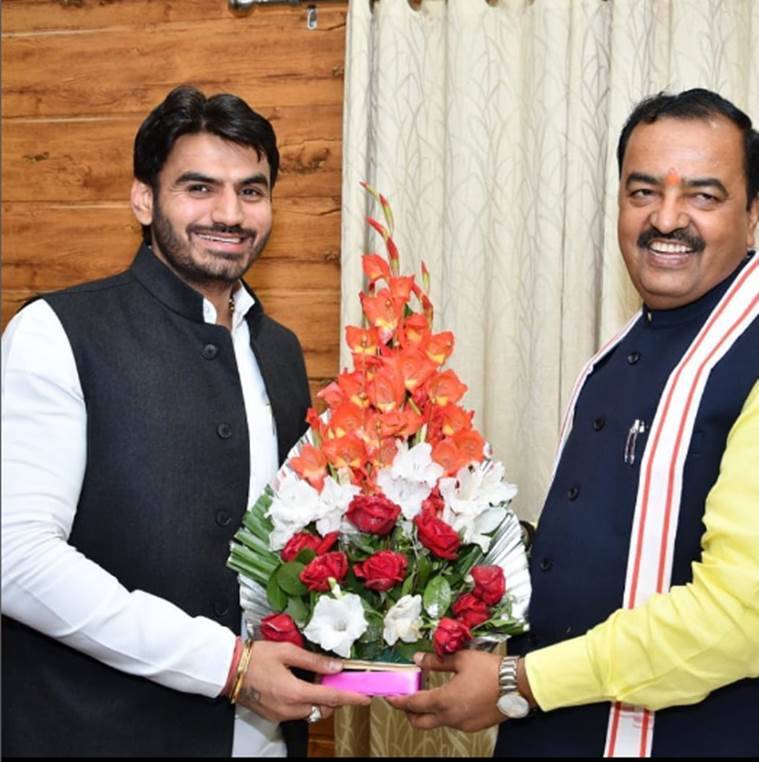 The appointment letter, dated August 27, 2018, states that he is national co-coordinator (sah-sanyojak) of the BJP Kisan Morcha’s Yuva Kisan Samiti.

A BJP leader, whose tenure coincided with Tyagi’s, confirmed to The Indian Express that the letter was genuine and that Tyagi was part of the team from August 2018 to April 2021.

“This wing was created as a need was felt for participation from more youths in the kisan morcha. Several appointments were made at the time,” he said.

Along with Tyagi, 20 other appointments were made to posts such as media advisor, social media advisor and secretary. “Not just him (Tyagi), several others were accommodated in the new wing,” the BJP leader said.

Eventually, when a new team was formed, Tyagi failed to find a fresh position in the morcha, the leader said.

Another source in the UP BJP said Tyagi was seeking a ticket to contest elections from Modinagar, but was not considered.

Tyagi even got police protection for a year and a half. Muniraj G, Senior Superintendent of Police, Ghaziabad, told The Indian Express: “Based on a district committee report which identified a threat perception, he was given security between October 2018 and February 2020 because he was part of some ‘administration’. Post February 2020, the security was removed. The records have already been provided to the government.”

In photos shared on Instagram in 2019, Tyagi is seen with BJP president JP Nadda, former UP Deputy CM Keshav Prasad Maurya, and addressing a Vijay Sankalp Rally from the stage. Many posts have hashtags such as #Elections2019, #BJPIndia and #BJPMission4UP.

Ever since the Grand Omaxe incident, the BJP has denied any association with Tyagi. BJP MP from Gautam Budh Nagar, Dr Mahesh Sharma, during a visit to the residential society, had said: “I want to assure you that this man is not associated with our party. He may have clicked a photo with a party leader; that’s a separate issue. I have lived in Noida for the past 49 years. The actions depicted by Tyagi cannot be accepted by the party. The whole party is standing with you; I want the women who are like my sisters and daughters to be rest assured. National President of the party, JP Nadda, has also taken cognizance of the incident.”