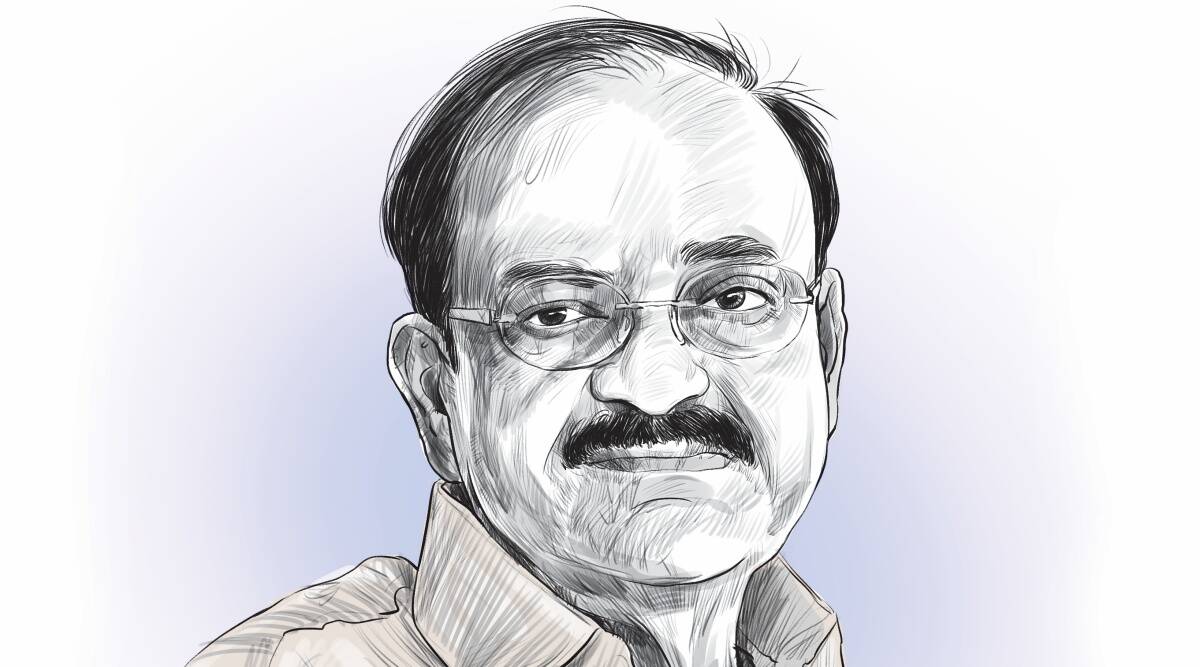 “My operation depends on your cooperation, otherwise there will be separation.” As Venkaiah Naidu, 73, demits office as Vice-President of India on August 10, the Rajya Sabha, of which he is ex-officio Chairman, will be poorer for his quick wit and puns, many of which elicited laughter and served to briefly unite the Treasury and Opposition benches at a time of deep discord and distrust between the two sides. His recent “operation-cooperation-separation” remark was in response to frequent disruptions in the Upper House by Opposition members seeking a discussion on price rise.

Naidu, though seen as a reluctant Vice-President, had plunged headlong into his Rajya Sabha role, playing referee with elan even if, according to the Opposition, he blew the whistle far too often on them.

While his critics say that despite his constitutional role, Naidu’s heart never stopped beating for the BJP, a party he served for several decades before becoming Vice-President, they agree that he is among the most friendly chairpersons the Rajya Sabha has had, with friends on both sides of the isolate. The annual lunches he hosts — with a spread of south Indian seafood and Hyderabadi dishes — is one of the most awaited events in the Capital’s political calendar, with leaders across parties in attendance.

Born at Chavatapalem in SPS Nellore district of Andhra Pradesh on July 1, 1949, Naidu had already joined the RSS and was a member of the ABVP by the time he joined Andhra University for a bachelor’s degree in law. His electoral career began in 1978 when he won as a Janata Party MLA from Udayagiri. In 1983, he won on a BJP ticket from the same constitution, and by 1988, he went on to become president of the Andhra BJP. In 1993, he moved to the national scene after becoming general secretary of the party.

In the BJP, Naidu was seen as LK Advani’s protege. After the 2002 communal riots in Gujarat, it is widely known that then prime minister Atal Bihari Vajpayee wanted Narendra Modi to resign as Gujarat chief minister, but Advani was against his removal from him. Sources say it was Naidu, as BJP president, who conveyed Advani’s decision to Vajpayee. As he did so, “with trembling hands,” Vajpayee half-heartedly agreed.

But a decade later, as winds of change started blowing in the BJP, Naidu effortlessly transformed himself into one of the most ardent supporters of Modi.

While his contemporaries Arun Jaitley and Sushma Swaraj largely refrained from waxing eloquent on Modi, Naidu was always effusive. Moving the political resolution during the BJP’s national executive meeting in March 2016, Naidu had described Modi as “God’s gift to India”, a “messiah of the poor”, a “decisive leader” and “MODIfier of developing India”.

Naidu was in his fourth term as Rajya Sabha MP when he was nominated by the party for the post of Vice-President. As the BJP’s best known face from the South, Naidu’s vast parliamentary experience, impressive stature as a leader and his relatively easy-going nature had gone in his favor.

Sources say Naidu, who held several portfolios in Modi’s Cabinet — Parliamentary Affairs, Urban Development and Housing and Urban Poverty Alleviation in the first term, and the crucial Information and Broadcasting in the second — was rattled when his name started doing the rounds as the ruling NDA’s nominee for the post of Vice-President. Those close to him had said he “was not very excited” and would have wanted to be an “active politician” till the end of his political career.

It was finally a call from the Prime Minister that “reassured” him.

Still, Naidu had turned emotional at a parliamentary board meeting, saying leaving the party was like “leaving my mother”.

Now at the end of his five-year tenure as presiding officer of the Rajya Sabha, Naidu leaves a mixed legacy. His term of him often saw him brooking no indiscipline in the House, which had the Opposition complaining that he bowed to the government.

His tenure, which coincided with relations between the government and Opposition hitting a new low, saw the Rajya Sabha often turning into a political battleground. The Upper House witnessed chaotic scenes over the passage of the farm laws and the Bills to bifurcate Jammu and Kashmir, and led to the suspension of Opposition MPs.

According to Rajya Sabha records, the 13 sessions that Naidu presided over were chaotic. “During the last 13 sessions, 141 of the 248 scheduled full sittings (or 57 per cent) were disrupted partly or fully,” Naidu himself said at the beginning of the Monsoon Session, his last as presiding officer.

The session also turned out to be a standout one for all the wrong reasons, with the turmoil in the Upper House leading to a record 23 Opposition MPs being suspended.

His supporters, however, say that with hardly any meeting point between the Opposition and the government, there was little Naidu could have done. “When the Opposition demands a discussion on a particular issue, it’s for the Government to agree; the Chairman cannot do much,” said a source close to him.

Opposition leaders accept the argument, but point out that attempts to break the stalemate or deadlock should have come from the Chairman, and that Naidu could have used his stature to persuade the government to listen to the views of the Opposition. “He is the custodian of the House. The job of the presiding officer is to run the House. He should have facilitated dialogue between the government and the Opposition. He used to do it earlier, but of late, there has been no dialogue for days on end,” an Opposition leader said.

His critics also point out that while in his role as Rajya Sabha Chairman, Naidu often threw the rule book at the Opposition, during the UPA’s second innings, when the Manmohan Singh government was buffeted with charges of corruption, Naidu, seated in the front row with his late friend Jaitley, never displayed any unease when BJP backbenchers disrupted session after session.

Yet, several leaders in the Opposition admit that Naidu holds no malice, with many holding him in high regard. Senior Congress leader Jairam Ramesh recently suggested that the government should create a post of ‘Chairman Emeritus’ as a token of acknowledgment of Naidu’s contributions to the Upper House.

A sign of his accommodative nature were his annual luncheons, both for their spread and their guest list. At the height of the beef controversy, Naidu once said, “Some people keep saying such things (that the BJP wants to impose vegetarianism). It is people’s choice to eat what they want.”

He is fond of narrating how, as a young student in Andhra Pradesh, he was reluctant to join the RSS fearing he would have to give up his favorite non-vegetarian food, but was glad no such demands were made of him.

Known to be a family man, Naidu is often accompanied by his wife Usha. He once joked: “I neither want to be rashtrapati (president) or uprashtrapati (vice-president). I am happy to Usha’s pati.” His son is a businessman while his daughter Deepa Venkat runs the Swarna Bharat Trust, which is involved in skill development and healthcare, at Muchintal village near Hyderabad.

Now, as Naidu joins a long list of his predecessors (barring S Radhakrishnan and Hamid Ansari) who did not get a second term in office, many point out that his reluctance about the VP role was not misplaced. Asked what the party has in mind for Naidu now, a top leader of the BJP said: “He will continue to be our margdarshak. Having been in a constitutional post, he cannot take up any other role. The party will keep getting his advice from him.”

As Jairam Ramesh said in a tweet, “So it is curtains for Muppavarapu Venkaiah Naidu-garu. His humor and wit him will be missed. On many occasions, he got the Opposition all agitated, but at the end of it, a good man exits. He may have retired, but I know he will not be tired.”