Recognized as the “bird village” following community-driven conservation efforts, Menar in Udaipur district is set to be notified as Rajasthan’s new wetland. This will pave the way for getting the Ramsar site status for this rural heartland of the Mewar region. The two lakes in the village – the Brahma and Dhandh – play host to a large number of migratory birds in the winter season every year.

The State government’s Forest Department has initiated the process for notification of Menar as a wetland, which will recognize its role in the storage of sediment and nutrients and enable the local authorities to maintain the Brahma and Dhandh lakes. With the status of wetland, the two lakes will be strengthened for increasing vegetation of aquatic plants and protecting biodiversity.

Environmental activists in the region have high expectations of the declaration of Menar as a Ramsar site under the 1971 Ramsar convention on wetlands of international importance. At present, Rajasthan has two wetlands recognized as Ramsar sites – Keoladeo Ghana in Bharatpur district and Sambhar Salt Lake in Jaipur district.

The villagers in Menar, situated 45 km away from Udaipur, have built a healthy ecosystem for birds during the last four years with activities such as patrolling, rescue of injured birds and reporting any attempts at poaching. Menar sarpanch Pramod Kumar Dholi told Hindu that the volunteers known as Pakshi Mitras (friends of birds) were maintaining the lakes as a safe haven for birds.

More than 150 species of local and migratory birds inhabit the two lakes in the winter season. They include greater flamingo, white-tailed lapwing, pelican, marsh harrier, bar headed goose, common teal, greenshank, pintail, wagtail, green sandpiper and red-wattled lapwing. Bird lovers and tourists flock to the village after the arrival of migratory birds from as far as Central Asia, Europe and Mongolia. 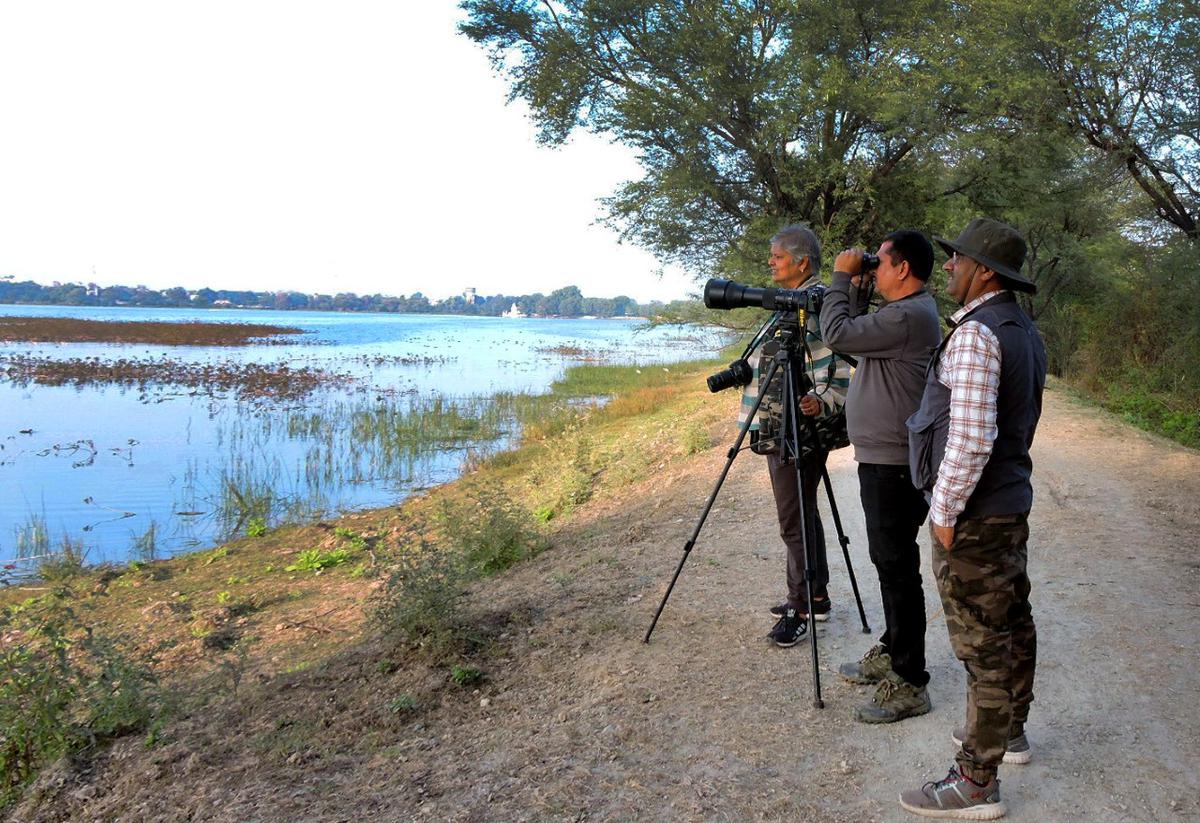 Mr. Dholi said the villagers had stopped using water from the lakes for irrigation and started regular weeding to get rid of water hyacinth, while the panchayat had prohibited fishing in the water bodies. “When the water level declines in summer, we fill the lakes with water through tankers to save the fish and birds. Pakshi Mitras have also taken up development of pastures near these reservoirs,” he said.

Vallabhnagar MLA Preeti Shaktawat, who recently visited Menar on World Wetlands Day, said the lakes in the village would be developed under the supervision of the Forest Department’s officers. The high-tension power line and sewer line passing through the lakes would also be shifted shortly, she said.

The district administration has also formulated a management plan for systematic development of the lakes, while an action plan is under way to get Menar notified as a wetland at the earliest. The fresh water lakes supporting the ecosystem of the region will be protected with the application of the Wetlands (Conservation and Management) Rules, 2019.

With a rich history connecting it closely with the erstwhile rulers of Mewar, Menar has come on the radar of birdwatchers in the State because of the villagers’ conservation initiative. Umesh Menaria, a local volunteer, said the undisturbed environments of the lakes would be a great attraction for experts and researchers to study the behavior of birds and find out their migration routes.