“He’s getting better every single day,” Hailey said. “He’s feeling a lot better and, obviously, it was just a very scary and random situation to happen but he’s going to be totally OK.”

Justin was forced to cancel a few of his upcoming shows last week, sharing on Instagram that he’s been suffering from the syndrome that causes facial paralysis.

In a video uploaded to the social media platform on June 10, Justin showed the extent of the paralysis on one side of his face. 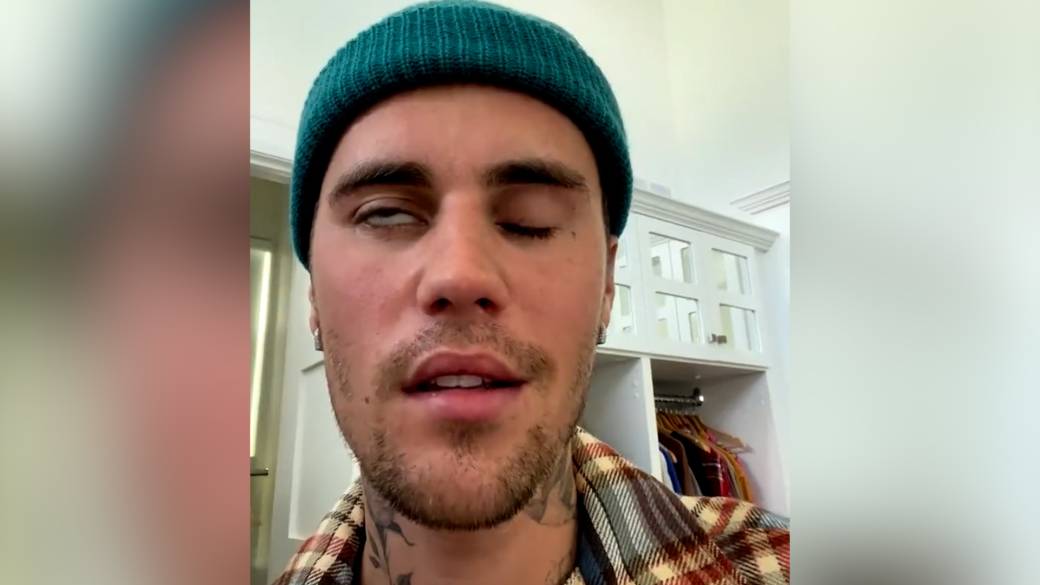 2:22
Justin Bieber reveals he has facial paralysis as a result of Ramsay Hunt syndrome

“As you can see this eye is not blinking, I can’t smile on this side of my face, this nostril will not move,” he said in the video.

“This is pretty serious as you can see,” he added. “I wish this wasn’t the case but obviously my body is telling me I’ve got to slow down.”

Hailey told GMA that they have lots of support and are feeling the love from fans, family and friends.

She also added that while the couple have had their share of health scares recently (she suffered a mini stroke earlier this year and underwent surgery to have a hole in her heart closed up), she believes their trials have helped them build a stronger bond.

“I think the silver lining of it, honestly, is that it brings us a lot closer because you’re going through this together, you’re being there for each other, you’re supporting each other, and there’s something that really bonds you through these times.”

Justin updated fans in a postin which he said he was leaning on his faith to help him through a difficult time.

“Each day has gotten better and through all of the discomfort I have found comfort in the one who designed me and knows me. I’m reminded he knows all of me. He knows the darkest parts of me that I want no one to know about and he constantly welcomes me into his loving arms. This perspective has given me peace during this horrific storm that I’m facing.”

Ramsay Hunt syndrome occurs from the reactivation of a viral infection, according to Dr. Charles Nduka, a consultant plastic, reconstructive and cosmetic surgeon in Brighton, England.

“Many people will have heard of chicken pox and chicken pox can cause a reactivation of the virus in the form of shingles which is a rash that will form upon the body,” he said in an interview with Reuters. “If that rash occurs near the facial nerve, it can cause a sudden onset of facial paralysis, often linked with some pain around or behind the ear.”

People who develop Ramsay Hunt syndrome usually have another issue going on at the same time that causes their immune system to be suppressed, according to Nduka, who is also the co-founder of health charity Facial Palsy UK.

Patients with the syndrome will often notice their eye become dry and the inability to keep fluid in their mouth.

4:59
What is Ramsay Hunt syndrome?

What is Ramsay Hunt syndrome?

“The symptoms that Mr. Bieber has described are classic for facial paralysis,” said Nduka. “Just the simple thing of brushing your teeth and trying to spit out the tooth paste can be very difficult if one side of the face is paralyzed.”

Ramsay Hunt syndrome has an annual incidence of 3.2 to 4.2 cases per 1,000, according to the Canadian Medical Association Journal (CMAJ).

About 75 per cent of patients with the syndrome who receive early treatment are expected to make a full recovery, he added.

“I see patients who are in the entertainment sector frequently with facial paralysis and they have this very specific issue because of their livelihood,” Nduka added.

—with files from Reuters