Can a dog change your life?

The makers of recent film 777 Charlie certainly think so. And their latest work is a deeply heartfelt cinematic presentation of that fact.

Dharma (Rakshit Shetty) is a loner who feels that what he does is always correct. “How others view me isn’t right,” he says, in a voiceover early in the film. You can’t find fault with the others; after all, he rarely bothers about the colony he lives in or his neighbors and is mostly grumpy and unkempt. His house of him is always in a mess, with cigarette butts and liquor bottles strewn around. At the factory he works in, he is one of the best workers — he does not take a single day of leave — and prefers to keep himself, thus earning the ire of most of his colleagues from him.

Simply put, he’s a loner without any friends, family or bonds.

Until a Labrador pup, which he later names Charlie due to his love for Charlie Chaplin, comes into his life. And then, life, for Dharma, becomes topsy turvy.

This is predominantly a man-animal relationship film, but it is also a travel film and a musical. When director Kiranraj isn’t showing you pictureseque locales (cinematography by Arvind S Kashyap) during Dharma’s life-changing road trip, he’s making you invested in the story thanks also to its music (by Nobin Paul), with wonderful little songs peppered in the screenplay, like the occasional barks that Charlie lets out.

This writer watched the dubbed Tamil version of the film (which is a primarily a Kannada film, with many well-known faces from the Kannada film industry), but the makers seem to have ensured that it feels very original. The sign boards are all from Chennai — the colony the protagonist lives in is in Ambattur — and the actors do a commendable job with the lip sync. 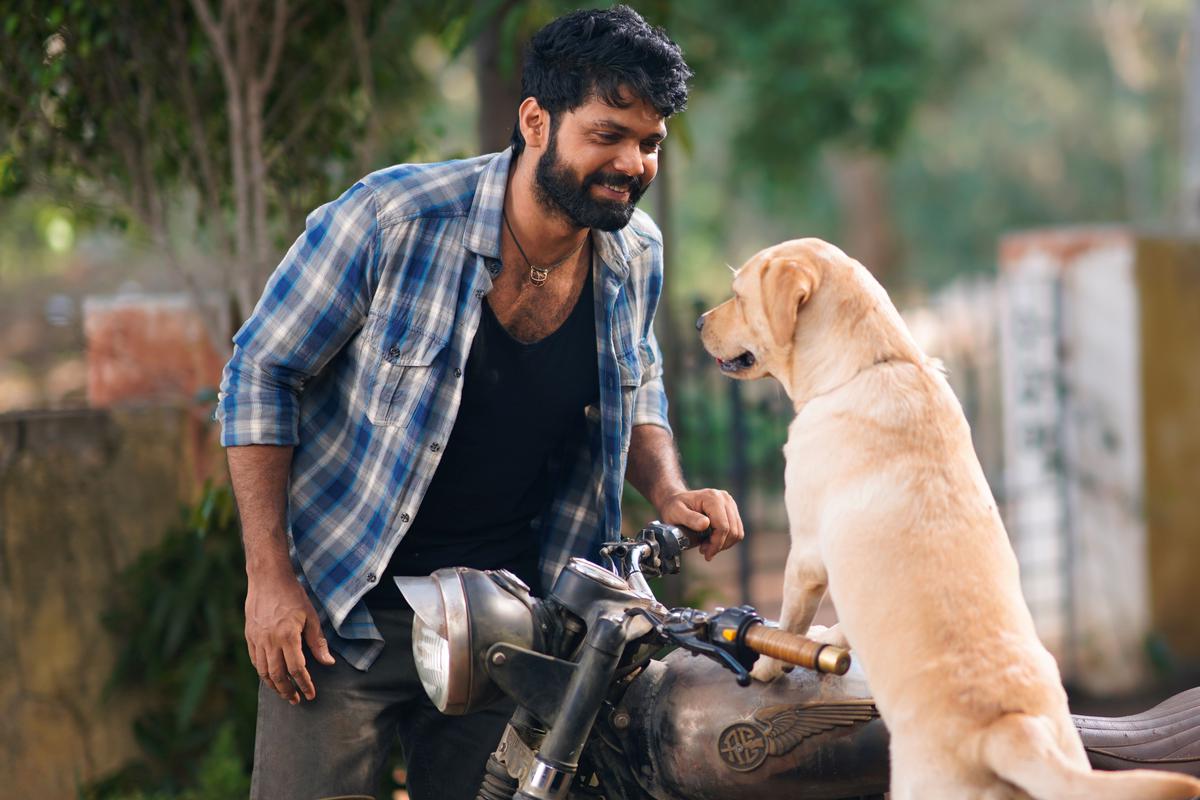 Languages ​​aren’t a barrier in this film, as the subject is all heart. In a line, the film could well be described as the “relationship between a man and a dog” but director Kiranraj ensures that he packs in emotion and light-heartedness in equal measure that we are engaged all the time. English film The Dog Problem (2006) tried something on similar lines, but 777 Charlie scores much higher on the emotional quotient.

Storyline: A dog enters the life of a loner, and changes his outlook towards life

If the first half focuses on the build-up to the relationship, the second half has several heartfelt moments that hit you hard. There’s a wonderfully written and conceived sequence here set in the backdrop of a dog show that’s the equivalent of a last ball six in a cricket match – director Kiranraj scores high, tugging at the heartstrings.

That he has an apt cast bringing to life his idea is a big bonus. Rakshit Shetty is perfect as the protagonist and gets in all the right expressions, be it when he’s frustrated due to an intrusion into life, and later, when his outlook towards life changes. Charlie, the subject the film revolves around, is a delight to watch on the big screen. A small girl named Adrika (played by Sharvari) gets a neatly-written role. Even the characters that get lesser screen time — be it Raj B Shetty as the vet, Sangeetha Sringeri as a champion of animal rights, Bobby Simha as a dog-lover and Danish Sait as a reporter — make an impact on the on-screen proceedings .

The only grouse was the tad long runtime (packed with far too many songs) and the film’s humour, which thankfully isn’t a lot. For a cinematic work that celebrates animals, placing “dog jokes” (Sample: a mother tells her daughter: “unakku nai venuma? Veetuku va, appa irukanga) sticks out. Barring that, there’s a lot to love about this film.