The movie is set to hit theaters worldwide on October 21

Dwayne Johnson in and as ‘Black Adam’.

The first trailer for DC’s much-anticipated Black Adaman origin story of an anti-hero played by wrestler-turned-actor Dwayne Johnson, is now available on YouTube.

Black Adam is the eleventh film in the DC Extended Universe (DCEU) and is a spin-off of Shazam. The trailer release was delayed for several months owing to the pandemic, but it is finally out.

In the two-minute-27-second trailer, Dwayne pulls off the superhero character perfectly and blends into the world of DC characters. The trailer is a balanced amalgamation of modern and ancient worlds with subtle references to Egyptian mythology. In less than 16 hours since its release, the trailer received over 27 lakh views and 2.2 lakh likes on YouTube. 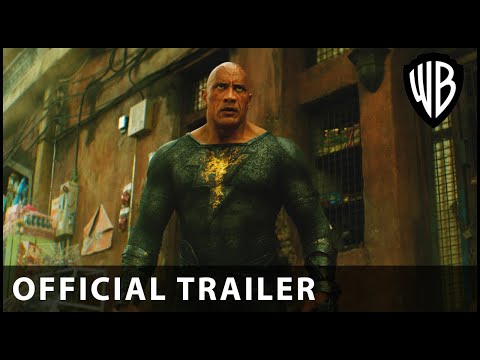 Dwayne ‘The Rock’ Johnson is making his debut as a superhero in this film. Winner of ‘The People’s Choice Award for People’s Champion’ in 2021, Dwayne is known for films such as The Scorpion King, Red Notice, rampage, Jumanji and the fast and furious franchise. I have described Black Adam as his “passion project”.

The 50-year-old actor posted the trailer on Twitter and said, “This passion project has become my DNA and the hierarchy of power in the DC Universe will change.”

This passion project has become my DNA and the hierarchy of power in the DC Universe will change.

The world needed a hero.
It got BLACK ADAM⚡️

The film explores what happened after Black Adam is released from his earthly grave roughly 5,000 years after the Egyptian gods bestowed almighty powers on him and imprisoned him. He is then prepared to “unleash his one-of-a-kind brand of justice” on the modern world.

Black Adam will hit theaters across the world on October 21.