After giving us WandaVision, The Falcon and the Winter Soldier, Loki, Hawkeye and Moon Knight, the Marvel Cinematic Universe is on an expansion course with Ms. Marvel. Headlined by Iman Vellani’s Kamala Khan aka Ms. Marvel. The show is the newest Phase 4 entry and perhaps the most ground-breaking. The series is created by Bisha K. Ali with Adil El Arbi and Bilall Fallah leading the directors’ team and starring Vellani, Matt Lintz, Yasmeen Fletcher, Zenobia Shroff, Mohan Kapur, Saagar Shaikh, Rish Shah and more. As the first episode of the six-part series drops today, the MCU is finally getting its first Muslim superhero. And that’s a huge win for diversity.

Ms. Marvel is a coming-of-age story and it’s distinctly South Asian in not just its casting but on a cellular level. The most fun moments from the first two episodes made available ahead of the show’s release are the Shah Rukh Khan shoutouts and the refreshing music but the show digs so much deeper. From the get-go, it becomes clear that it understands the cultural background of its characters.

As we recap everything that went down in the premiere, here’s a deep dive into how the show brings brown representation to the MCU:

Kamala Khan is a teen from a Muslim immigrant family.

The premiere of Ms. Marvel introduces us to 16-year-old Pakistani-American Kamala Khan who lives in Jersey City. She spends her days writing Avengers fan-fiction, idolizing Captain Marvel, hanging out with her best friend Bruno and managing her family’s expectations like any teen from an immigrant family. Her superhero dreams of her are about to turn into reality as she stumbles upon powers of her own. While the show isn’t on the nose about Kamala’s heritage, it doesn’t shy away from being brown. In moments from the first episode of Ms. Marvel, Kamala whispers “bismillah” before turning the ignition on during a driving test. Not knowing how to respond, her instructor says “bless you”. In another scene, she’s called “Camelia” by someone who obviously couldn’t pronounce her Pakistani name. These experiences are all too familiar to South Asians in the West. The show acknowledges daily happenings in a way that’s instantly relatable.

Kamala Khan’s superpowers are linked to her heritage.

Ms. Marvel makes some changes to Kamala’s origin story. One of the biggest deviations is her powers from her. Ms. Marvel has an “embiggening” ability that allows her to stretch herself and extend her limbs. However, in the show, her powers seem to project a crystalline purple light instead of extending her actual body. Ella’s source of her power has also been changed and embedded in Ella’s Kamala’s family history. She finds a bangle that belonged to her nani (her maternal grandmother) and it seems to help her use her powers. The show also makes mentions of the partition and acknowledges India and Pakistan’s colonial past. These changes mean that Ella’s Kamala’s cultural heritage is not just a throwaway reference but an integral part of her superhero journey. 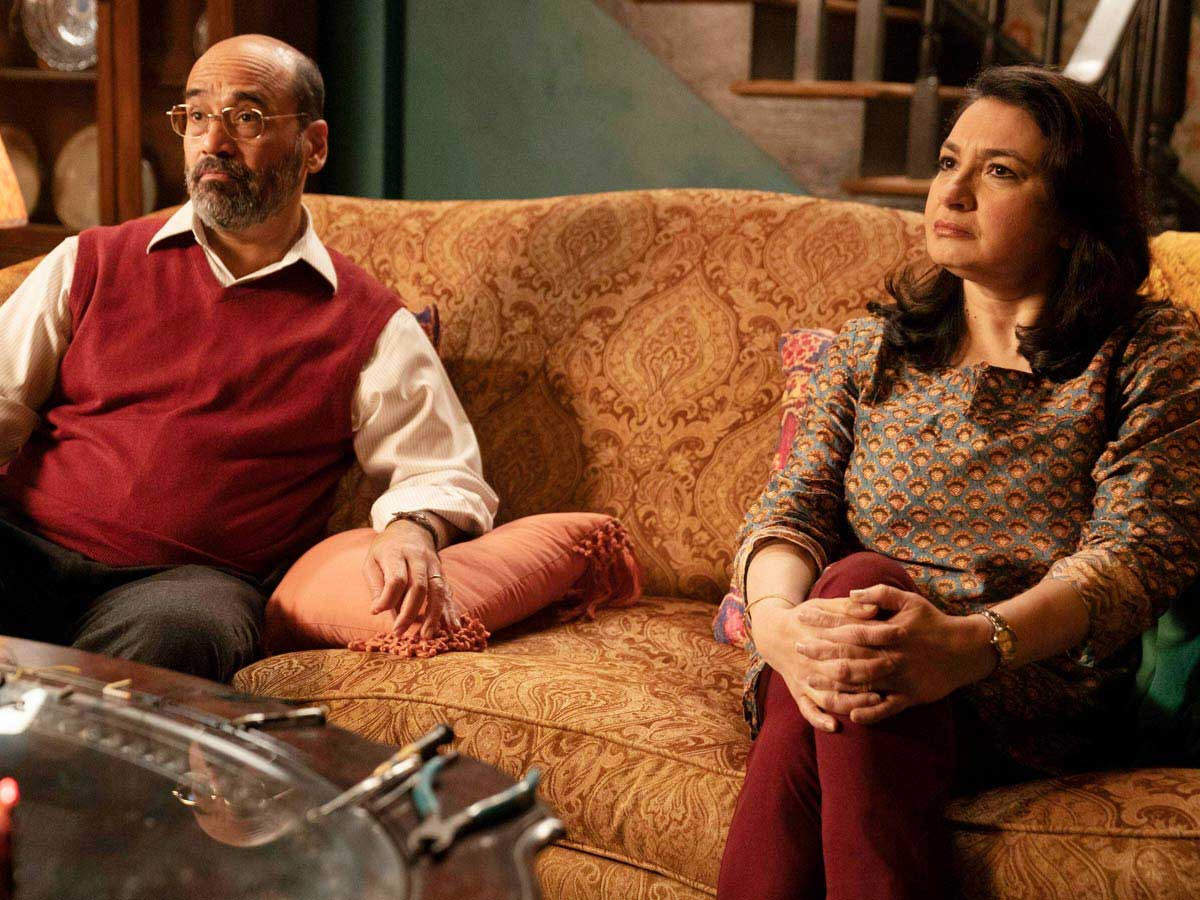 A majority of the first episode revolves around Kamala’s attempts to make it to AvengerCon – a fan event where she wants to cosplay as her favorite Avenger, Captain Marvel. However, like any other South Asian parents, hers refuses to grant permission. When she insists, Kamala’s mother Muneeba comes up with a creative solution. She suggests that Kamala should cosplay a Muslim version of the Hulk and presents a green and purple salwar kameez. Her father de ella then enters in his Hulk costume consisting of a kurta and green face paint to match. Muneeba calls this “Bara Hulk aur Choti Hulk” (Big Hulk and Small Hulk). The scene will hit right home for anyone who has had to convince their overbearing parents to give them some space or freedom. It also spotlights Kamala’s struggles with her dual identity with her not just as an Avengers fan and a Muslim but also as a superhero herself who must keep her powers under wraps.

Watch out for Shah Rukh Khan references because the show is full of Bollywood nods.

Right from the music to the movie references, Bollywood is officially a part of the MCU. The show is serious about offering its homage to King Khan, and it comes up as naturally as it does in real life. In the second episode, Kamala says, “There’s no such thing as a bad Shah Rukh Khan movie,” which is a fact. What makes the shoutouts extra special is that he is one of the most beloved Muslim stars in the world. Moreover, the show casts Bollywood star Farhan Akhtar and Pakistani star Fawad Khan as a part of its inclusive ensemble.

Ms. Marvel arrived on streaming on June 8 with new episodes dropping every Wednesday.