Have Nupur Sharma and Naveen Jindal’s controversial remarks on the Prophet Muhammad created a stir in the cricketing world as well? Several social media users claim so.

A tweet supposedly from cricketer Moeen Ali has gone viral stating that the English all-rounder has demanded an apology from India following the aforementioned remarks.

the tweet from the account @Moeen_Ali18 states, “If India does not apologize for its blasphemous statement, I will never go to India to play match again, I will also boycott the IPL. And I will appeal to my fellow Muslim brothers to do the same. I Love Muhammad PBUH.”

At the time of writing this, more than 13,000 people had retweeted the tweet. Others on Facebook and Twitter shared screenshots of the tweet. Archived versions of such posts can be seen here and here.

The India Today Anti Fake News War Room (AFWA) found that the viral Tweet and the Twitter account do not belong to Moeen Ali. The English cricketer is neither active on Twitter, nor has he commented on the controversy.

A quick look at the bio of the Twitter account in question reveals the words, “Not Official.” 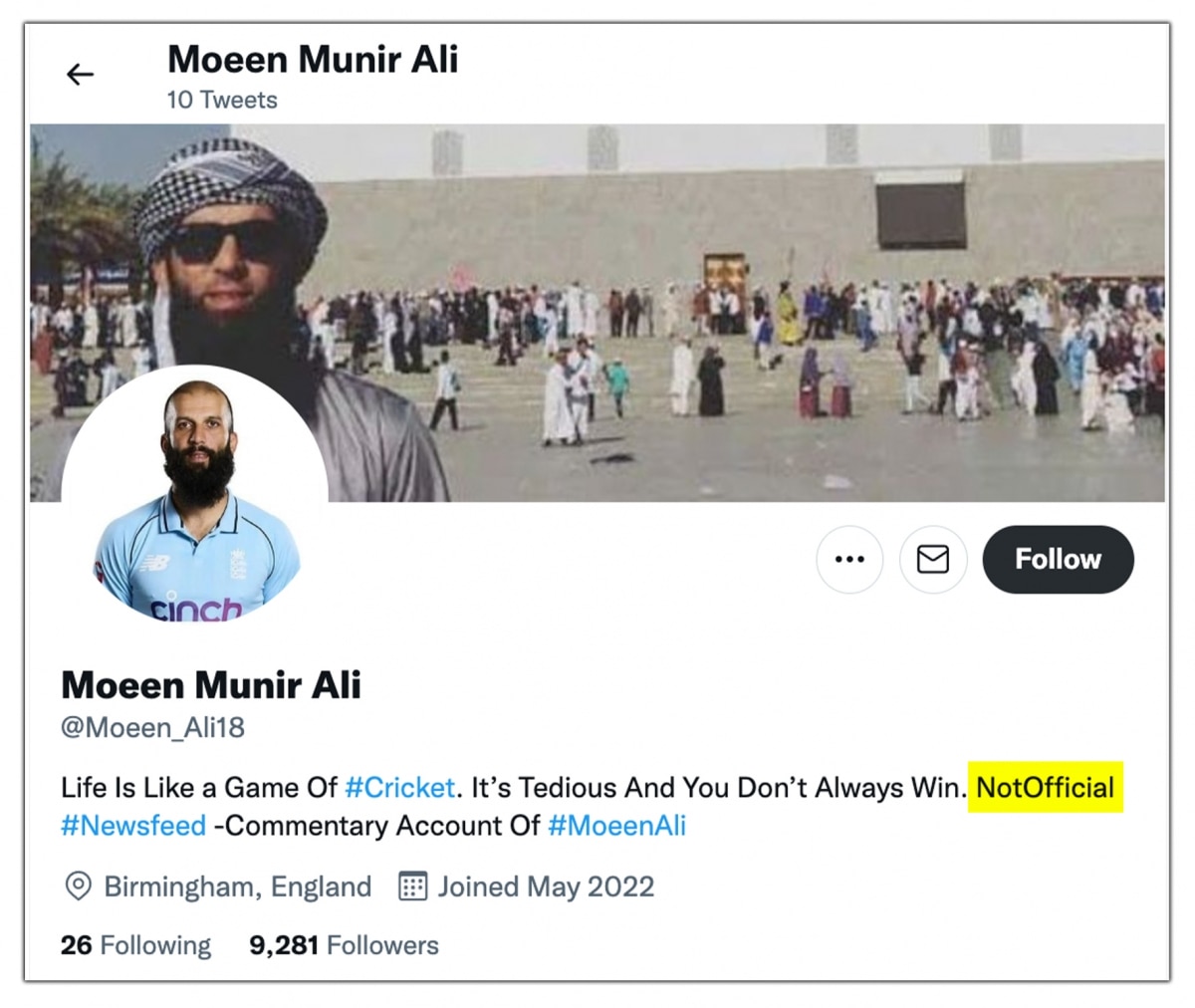 Further, we looked for Moeen Ali’s official Twitter account but found nothing. On Ali’s profile on the England Cricket Board’s official website, all linked social media accounts were either inactive or unavailable.

the twitter-account mentioned there was @MoeenAli. It had less than a hundred followers and zero tweets. It was also an unverified account.

Following this, we looked for media reports on Ali’s comments on the controversy and found nothing. The cricketer recently visited India to play for Chennai Super Kings in the 15th edition of the Indian Premier League.

Thus, we concluded that the viral tweet was not tweeted by English cricketer Moeen Ali. It was from an unofficial account. 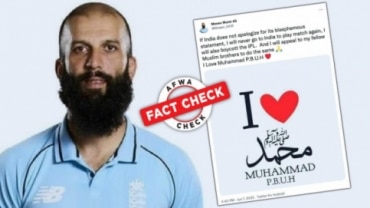 claimEnglish cricketer Moeen Ali threatened to boycott the IPL and demanded an apology from India over Nupur Sharma’s controversial remarks on Prophet Muhammad.ConclusionThis Twitter account does not belong to Moeen Ali. The English cricketer is not active on Twitter. There also aren’t any reports that suggest he has commented on the ongoing row.

The number of crows determines the intensity of the lie.