The nexus between politics and the tinsel world, more so Tollywood, is legendary, given the phenomenal rise of famous actor NT Rama Rao in Andhra politics. The influence of movies on movie buffs, especially in the coastal belts, is significantly high to the extent that they identify themselves with the stars on caste and political lines and adore them like demi-gods.

But Tollywood prince Mahesh Babu’s latest film Sarkaru Vari Paata, which seems to favor Andhra Chief Minister YS Jaganmohan Reddy, has stirred up a hornet’s nest in political circles, invoking a troll war in social media between the ruling YSR Congress, the Telugu Desam Party and actor Pawan Kalyan’s Jana Sena. Film fans affiliated to Kapus adore their caste man Pawan and even any discreet criticism of their hero will send them into a rage.

Starring Mahesh Babu and Keerthy Suresh in the leading roles, this latest Telugu blockbuster Sarkaru Vari Paata is inching closer to the ₹200 crore mark at the global box office. Released on May 12 across India, the film has collected ₹185.60 crores till May 20, according to the filmmakers. 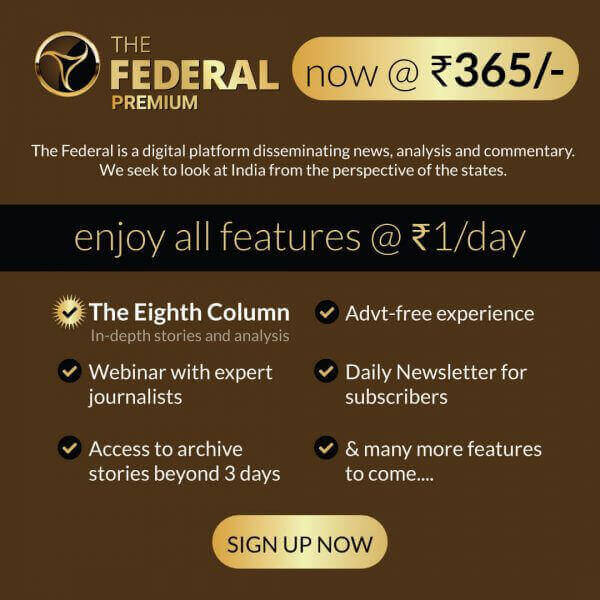 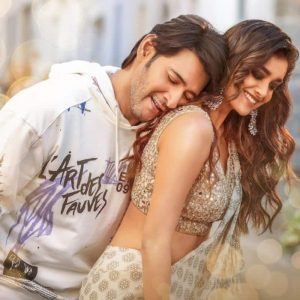 Mahesh Babu as Mahi in the lead role, seems to link the film to the bipolar Andhra political scene constantly mired in a one-upmanship game and marred by frequent street fights, hatred and animosities, through this oft-repeated dialogue— Nenu vinnanu, nenu vunnanu. The dialogue, which translates to ‘I hear you and am with you (people)’, is purportedly borrowed from Jagan’s pet slogan that cast a spell on his audience during his marathon padayatra while he was in the Opposition in the run-up to the latest election.

Some social media users are using this dialogue to show that the protagonist Mahesh Babu represents the state CM, Jagan Mohan Reddy. This has triggered a troll war between Jagan’s admirers and his adversaries affiliated with the rival N Chandrababu Naidu led-Telugu Desam Party.

In another action-packed scene, when the hero in his role as a loan agent kicks and punches a bad loaner, the latter gulps down his tea glass tumbler — which was once a symbol of actor and Jagan’s rival Pawan Kalyan party’s (Jana Sena ). This has enraged Kalyan’s fans.

The theme of the movie revolves around the antagonist, played by Samuthirakani, as an MP, who tries to con Mahesh Babu, a loan agent. Jagan’s adversaries allege that the antagonist’s role resembles YSR Congress party rebel MP Kanumuri Raghuramakrishnam Raju in real life.

The fight between Raju and Jagan Mohan Reddy in real life had reportedly led to the former’s arrest by Andhra Pradesh CID on charges of sedition and he was also allegedly tortured in custody. The CBI in 2020 raided Raju’s assets following charges of swindling money from banks to the tune of ₹824 crore.

Some political observers feel Mahesh Babu has donned a role praising Jagan and targeting his rivals to broker peace between the CM and the star’s brother-in-law and TDP MP Jayadev Galla.

Venkata Reddy, YSR Congress state joint secretary, said it is the handiwork of a section of the media biased in favor of TDP. This half section indulges in trolling the movie, as it focuses on the bank fraud that directly hit a battery of leaders with TDP nexus, such as YS Chowdary, Rayapati Sambhasiva Rao and Lagadapati Rajagopal, said Venkata Reddy. They are facing charges of defaulting on bank loans.

As part of Jagan’s onslaught on his political rivals, his government had served a closure notice on Amara Raja Batteries located in Tirupati with charges of causing pollution. Jayadev is chairman and managing director of the company. After the raids by the government, Jayadev considered shifting his factory to neighboring Tamil Nadu. The aggressive postures from the government apparently forced Jayadev to become inactive in TDP politics and move into a virtual political hibernation.

When Mahesh Babu met with the Andhra CM sometime back with a request to hike the price of movie tickets ahead of the release of his film Sarkaru Vari Paata, it was rumored that Mahesh tried to lobby with the CM seeking relief for his brother-in-law. Jayadev is married to Padmavati Ghattamaneni, Mahesh Babu’s sister.

The actor also campaigned for his brother in-law and helped him win a second term in Parliament from Guntur.

When contacted over the phone and through a WhatsApp message for clarification on the trolls revolving around the movie, film director Parasuram Petla was not available. Prabhu, a noted film critic, however, told Federal that he sees no slant favoring Jagan Reddy in the film.

The controversial dialogueNenu vinnanu, Nenu vunnanu—has been adopted only to suit a particular situation in the movie, he said, adding that it should not be taken as some sort of a message.

The film industry smarted under a deadly blow delivered by the 49-year-old CM with his twin controversial decisions – slashing the ticket prices and introducing an online booking for sale of tickets. The two decisions are allegedly aimed at starve the film industry of big bucks.

A government order issued last month stipulated that the ticket prices in high-end theaters in urban locations cannot be more than ₹250, and tickets in premium theaters in rural areas cannot cost more than ₹120. And, the price of a ticket in the economy class of single screens with no A/C facilities, is priced as low as ₹5.

The families of Mahesh Babu and Jayadev Galla are closely connected to the Congress, to which the roots of the Jagan party are traced. Mahesh Babu’s father and the yesteryear actor Krishna Ghattamaneni and mother Vijayanirmalla, also an actor, unsuccessfully contested for the Lok Sabha seat on Congress tickets.

Jayadev’s mother Galla Aruna Kumari was a close follower of Jagan’s father YS Rajasekhar Reddy. Her loyalty from her to YS Rajasekhar Reddy got her a cabinet berth during 2004-09. Aruna’s father Pathuri Rajagopal Naidu was a staunch Congress activist as a close follower of NG Ranga during the Independence days. After the state bifurcation, Aruna, like many other Congress leaders felt politically displaced with the decimation of the Congress party in Andhra, and switched to the TDP.

Jayadev or Jay returned to India after doing his graduation in University of Illinois Urbana-Champaign to take a plunge in TDP politics before taking up the reins of Amara Raja Batteries.