Khushi Kapoor, Suhana Khan and Agastya Nanda made the headlines today after the makers of their debut film The Archies have unveiled the teaser of their movie. Helmed by Zoya Akhtar, The Archies will feature Agastya as Archie, Suhana as Veronica and Khushi as Betty. Ever since the first poster of the movie was announced, social media has been buzzing with posts to welcome the star kids. Amid this, Janhvi Kapoor has also penned a heartwarming note for Khushi as she shared her excitement about her sister’s big debut de ella.

Taking to her Instagram, Janhvi shared the first look poster of The Archies. In the caption, the Gunjan Saxena: The Kargil Girl actress wrote, “CAN YOU KEEP CALM?!?!?!! I CANT?????? CAN YOU BREATHE!!!! BECAUSE I CAN’T!!!!! If this isn’t THE MOST EXCITING THING idk what is!!!!!??????!!!! You guys have been working tirelessly for months to create this world, find these characters and start living this journey and there’s no one better than @zoieakhtar to guide you through this and create this most special and wholesome world of Archies!”

Furthermore, Janhvi also pinned hope for Khushi’s debut and said that she can’t wait for her sister to shine. “And my sister!!! @khushi05k. I can’t wait for the world to see how beautiful you are inside and out. Can’t wait to see you shine. I love you and I wish I was with you to give you 10292028 huggies and kissies,” she added.

Not just Janhvi, Anshula Kapoor, Shanaya Kapoor, Arjun Kapoor and Rhea Kapoor have also rooted for Khushi’s debut. Taking to her her Instagram story, Anshula wrote, “Aaaah congratulations my love @ khushi05k !! This is everything! I cannot wait to see y’all shine & soar!! I love you” along with heart emoticons. On the other hand, Shanaya shared the poster of The Archies and wrote, “Cannot contain my excitement.” She also shared Khushi’s look for her as Betty on her Instagram account for her and wrote, “Go let your dreams blossom my baby girl”. Boney Kapoor also shared his excitement about his daughter’s big debut and posted the first look poster of The Archies on his Instagram account. In the caption he wrote, “Great bunch of youthful actors, sky is the limit for all of you working on this iconic venture, you cud not have asked for a better start to your careers, Zoya & her team are a dream to work, they settle for nothing less than perfect.” 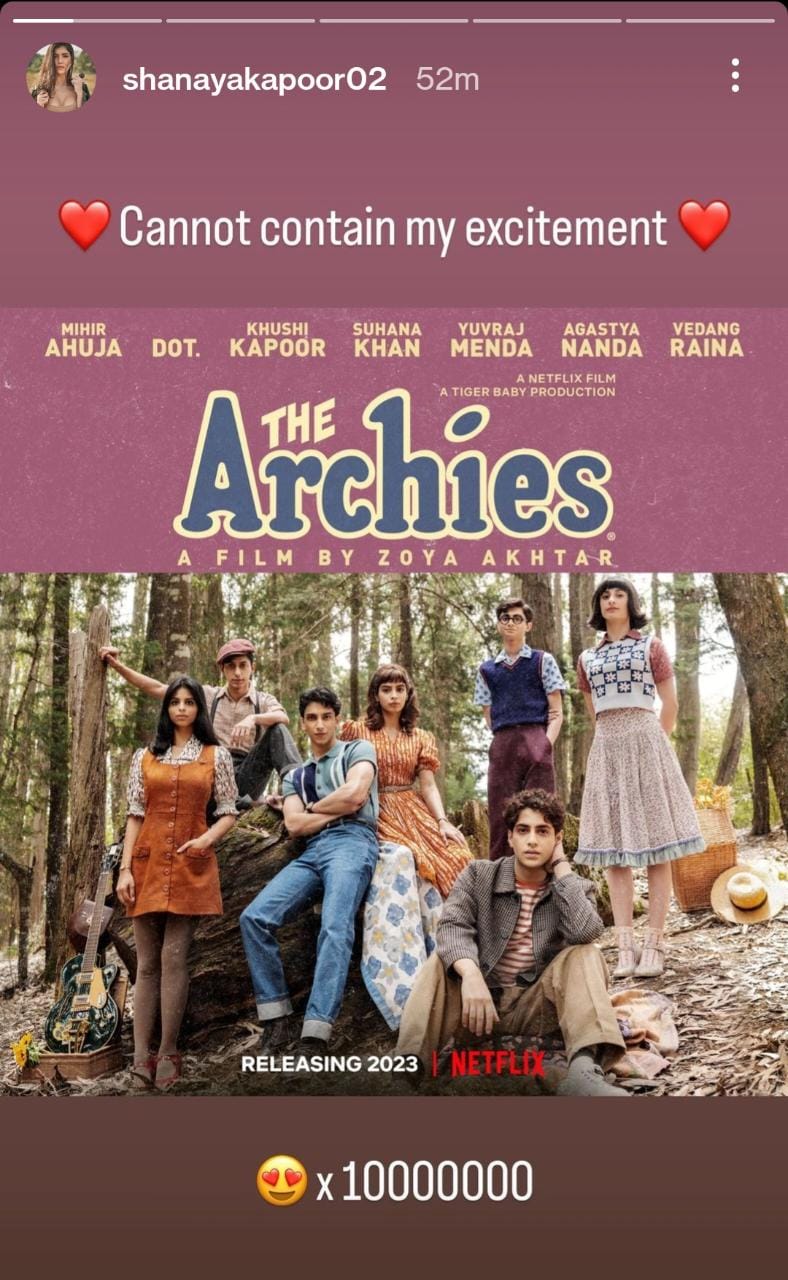 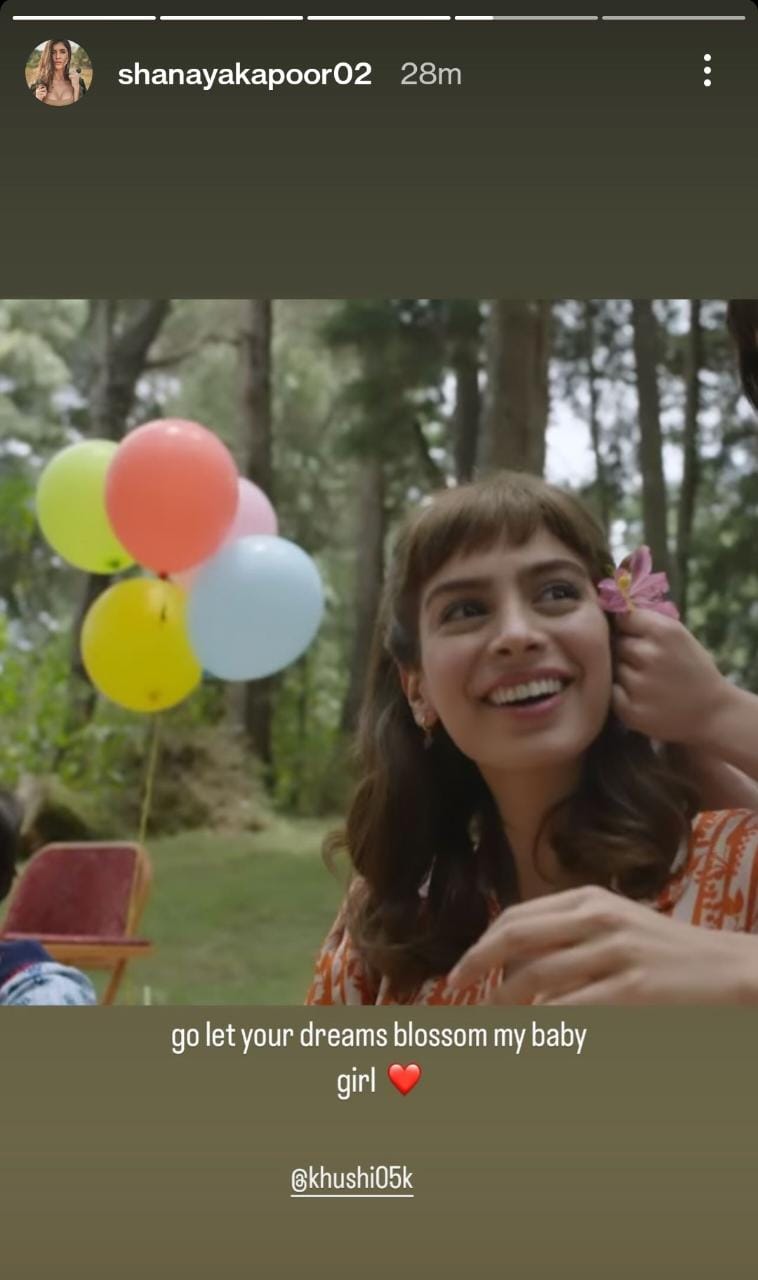 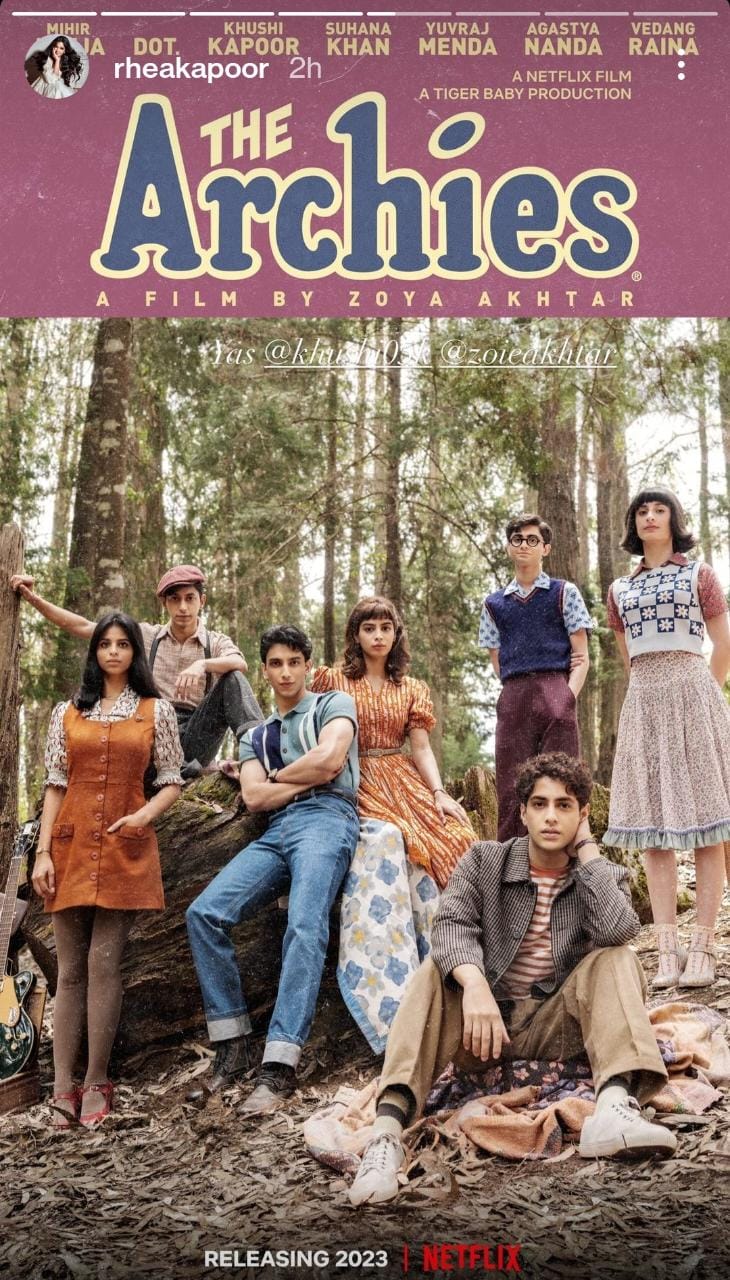 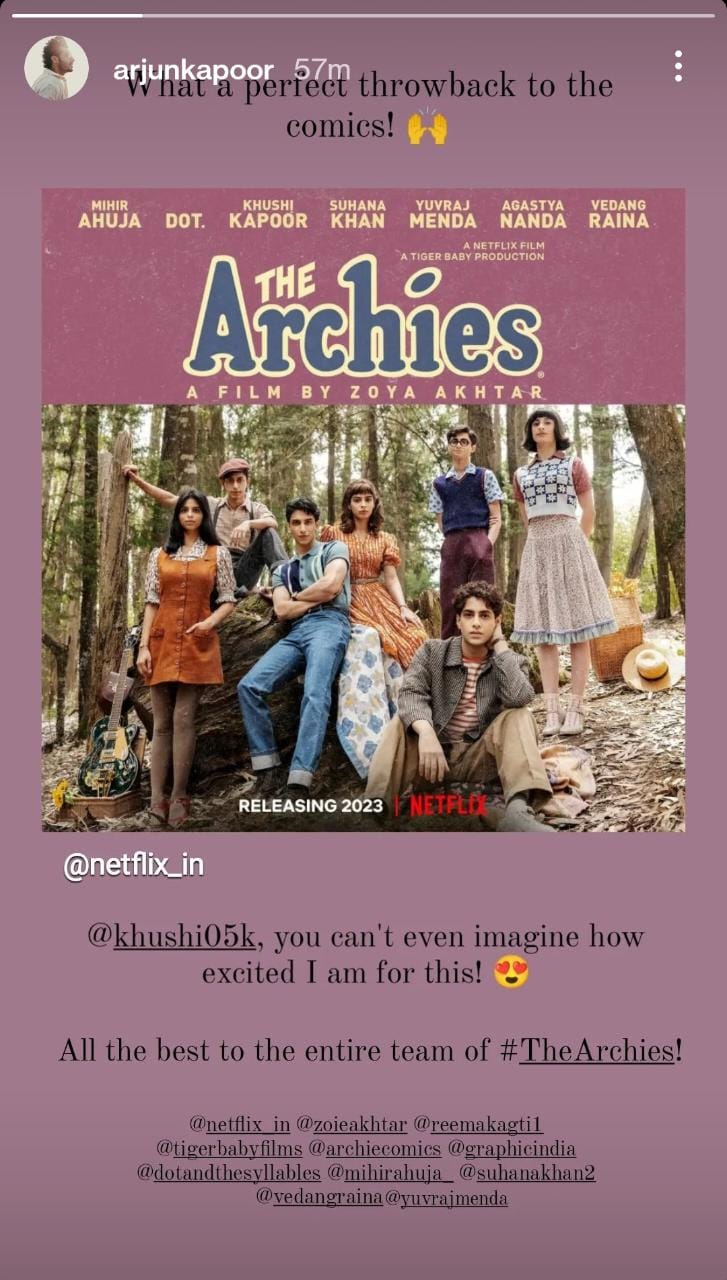 To note, The Archies had hit the floors in April this year and will be releasing next year. To note, the movie will be jointly produced by Reema and Zoya.