How do you photograph a black hole at the center of our galaxy? You make an Earth-sized telescope

How do you photograph a black hole at the center of our galaxy? You make an Earth-sized telescope


It was in 2019 that the Event Horizon Telescope showed the world what a dark void over 100 times the mass of the Sun looks like. A blob at the center of a brightly lit region (event horizon) pulled the curtain on the mystery of the biggest, baddest villain present in every galaxy — the infamous black hole.

The telescope at the time was looking at a black hole named M87*, located at the center of the distant Messier 87 galaxy. Three years later, the telescope focused its eyes closer home, and pictured Sagittarius A* (Sgr A*).

Sgr A* is located at the center of our Milky Way galaxy and is 27,000 light-years away from us. With the help of the new photograph, we now have more evidence supporting a long-held theory that black holes are present at the center of almost every galaxy.

The image of Sagittarius A* (inset) was taken by Event Horizon Telescope. (Photo: NASA)

WHAT IS A BLACK HOLE?

A black hole is a place in space where gravity is so strong that even light cannot escape its pull. According to Nasa, the gravity in black holes is so strong because matter has been squeezed into a tiny space. This can happen when a star is dying. Because no light can get out, people can’t “see” into black holes.

HOW DOES THE EVENT HORIZON TELESCOPE SEE BLACK HOLES?

To see something as big and as far as a black hole at the center of our own galaxy, we needed an Earth-sized telescope. But, that’s impossible to create. Or is it?

The EHT collaboration is like taking a mirror, breaking it apart, and then placing the pieces at various spots across the planet. Each shard of glass is then used to image an object, and all these images are brought together to form one big image.

Using this concept, a team of astronomers created the powerful Event Horizon Telescope, which linked together eight existing radio observatories across the planet to form a single “Earth-sized” virtual telescope.

Looking at Sgr A* was more difficult than picturing M87 three years ago even though Sgr A* is much closer to us. This is due to the gas in the vicinity of the black hole that moves nearly as fast as light. The brightness and pattern of the gas around Sgr A* changed rapidly as the EHT collaboration tried to observe it.

According to the collaboration, while M87 was an easier, steadier target, with nearly all images looking the same, that was not the case for Sgr A*. The image of the Sgr A* black hole is an average of the different images the team extracted, finally revealing the giant lurking at the center of our galaxy for the first time.

This also explains why the image of Sgr A* released this week is quite blurry when compared to the sharp picture of M87 captured three years ago. 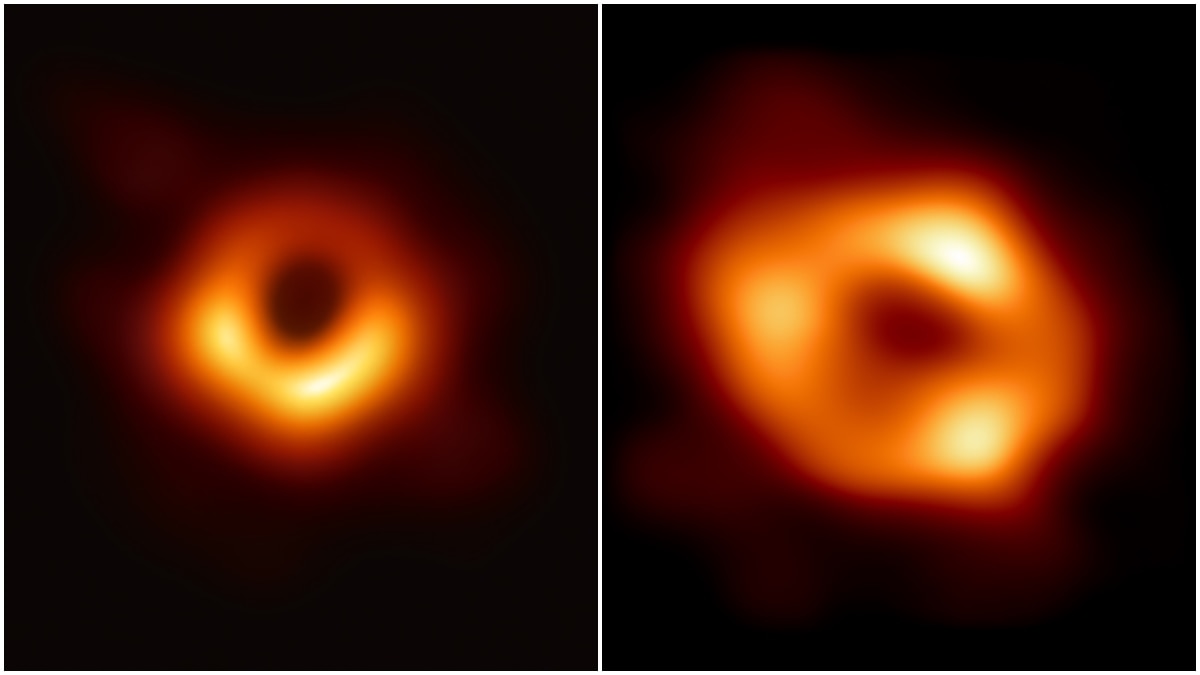 The blurred yet revealing image of the black hole at the center of our own galaxy was made possible by a massive collaboration of 300 researchers from 80 institutes around the world.

The team has been working for five years using supercomputers to combine and analyze their data, all while compiling an unprecedented library of simulated black holes to compare with the observations.

“Now we can study the differences between these two supermassive black holes to gain valuable new clues about how this important process works,” EHT scientist Keiichi Asada from the Institute of Astronomy and Astrophysics, said, adding, “We have images for two black holes — one at the large end and one at the small end of supermassive black holes in the Universe — so we can go a lot further in testing how gravity behaves in these extreme environments than ever before.”

WHAT DID THEY SEE?

Scientists said that the two black holes look remarkably similar, even though our galaxy’s black hole is more than a thousand times smaller than M87.

Researchers said that although we cannot see the black hole itself, because it is completely dark, the glowing gas around it reveals a telltale signature: a dark central region (called a “shadow”) surrounded by a bright ring-like structure. The new view captures light bent by the powerful gravity of the black hole, which is four million times more massive than our Sun. 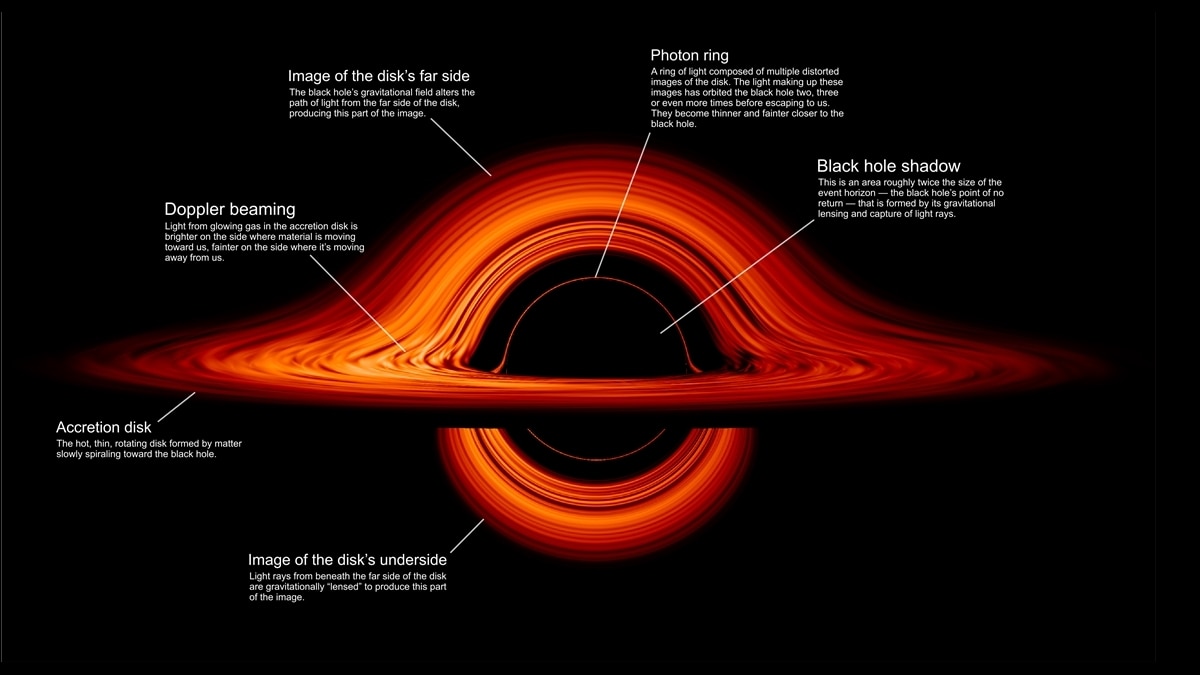 “We have two completely different types of galaxies and two very different black hole masses, but close to the edge of these black holes, they look amazingly similar. This tells us that General Relativity governs these objects up close, and any differences we see further away must be due to differences in the material that surrounds the black holes,” Sera Markoff, Co-Chair of the EHT Science Council and a professor of theoretical astrophysics at the University of Amsterdam said.

The first visual of the black hole at the center of our galaxy shows the active nature of the universe, which is going through a continuous churning.