Bulldozers reached Shaheen Bagh on Monday as the South Delhi Municipal Corporation pushed ahead with its anti-encroachment drive in the locality that was the hotbed of the anti-CAA stir a few years ago.

Apart from residents and a heavy deployment of police force, Congress workers were also present at the spot, protesting against the anti-encroachment drive by sitting on dharna and blocking the way of bulldozers and excavators. Many locals also followed suit.

India Today TV spoke to residents of Shaheen Bagh, who claimed there was no illegal encroachment on public land.

Wazib, a councilor who denied any encroachment on road number 13, said, “It is a CPWD road. MCD has nothing to do with it. People have left space in front of their roads.”

Aam Aadmi Party’s Okhla MLA Amanatullah Khan also reached the spot amid the commotion over the planned demolition drive. He said the action was being undertaken to “deliberately disturb law and order.”

“I am here now. Let them show where the encroachment is,” he added. 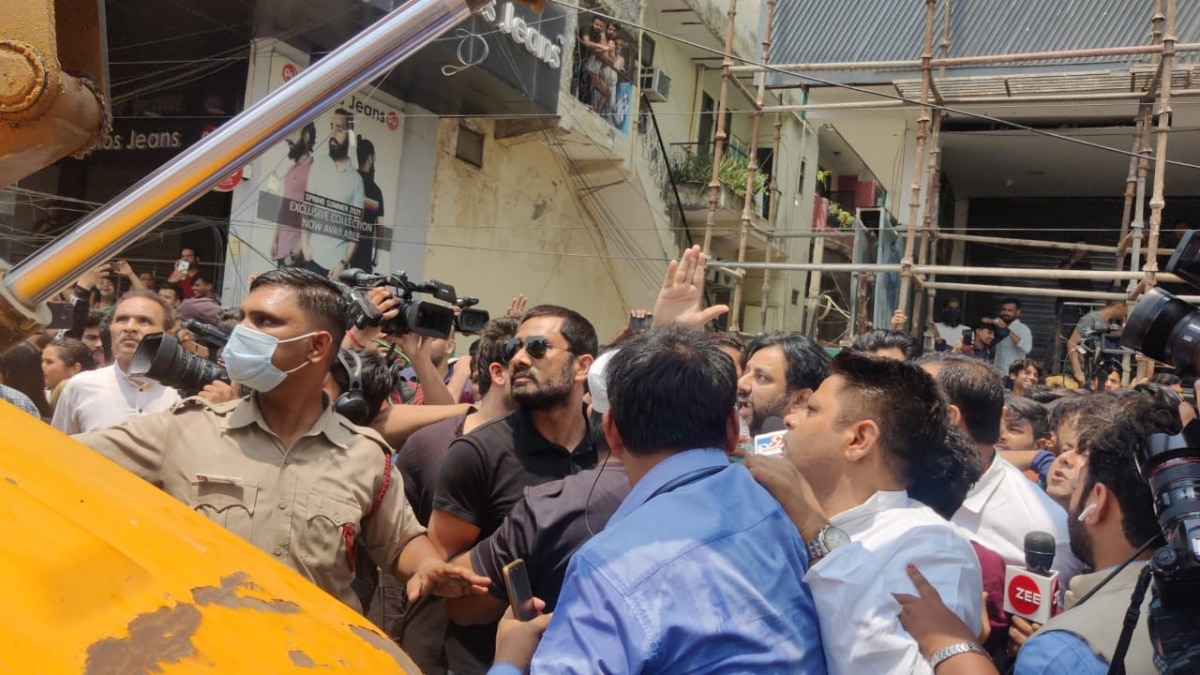 As locals and political activists led by the AAP and Congress continued protesting, the bulldozers and excavators left the area and moved off towards Sarita Vihar. The issue of the demolition drive in Shaheen Bagh will be raised before the Supreme Court bench hearing cases of the anti-encroachment operation launched by the BJP-controlled Municipal Corporation of Delhi (MCD) in the city in recent weeks.

The SDMC said the drive to raze unauthorized structures on roads and government land in the Shaheen Bagh area was planned for Thursday, May 5, but it couldn’t be undertaken due to the unavailability of adequate police back-up.

Earlier, the North Delhi Municipal Corporation had torn down several homes and shops in Jahangirpuri in an ostensible anti-encroachment drive after communal clashes broke out in the area.

READ | Had papers but they demolished my juice shop, says Jahangirpuri’s Ganesh Gupta

Last week, the CPI(M)’s Delhi unit and Hawkers Union moved the Supreme Court against the south Delhi civic body’s demolition drive, terming it a “violation of principles of natural justice, statutes and the Constitution” under the guise of an anti -encroachment drive.

They pleaded that they were not unauthorized occupants or encroachers as alleged by the respondents — the South Delhi Municipal Corporation and others.

Calling the action “absolutely and manifestly arbitrary”, the petition claimed that without giving proper show-cause notice and giving breathing time to the people residing and working in different areas of south Delhi, the respondents proposed to start demolition.

The plea also alleged that with its so-called anti-encroachment drive, the SDMC was maliciously indulging in a political game plan.