Congress MP Rahul Gandhi is once again in the BJP’s line of fire after a video of him at a nightclub in Kathmandu emerged on Tuesday. The clip was shared several times on social media. Now, several social media users and some BJP leaders have alleged that Rahul Gandhi was seen with a Chinese diplomat in the video.

The undated video shows Rahul Gandhi accompanied by a friend at a dimly lit nightclub, with people dancing to the loud music in the background. Congress leader Randeep Surjewala clarified that Rahul Gandhi was attending a friend’s wedding in Kathmandu.

But now several users on social media and some BJP leaders have raised questions about the identity of the woman allegedly seen in the video, claiming that the woman is Chinese diplomat Hou Yanqi.

Video of @RahulGandhi Partying in a Nepalese night club with Chinese diplomats is disturbing as China’s honey traps are rising. Hou Yanqi, Chinese Ambassador to Nepal also spotted with him. Congress unnecessarily questions @NarendraModi Ji’s Europe trip while its own leader does this!

Here’s how the netizens reacted to the video:

While some social media users claimed that the woman in the video is not Hou Yanqi, but someone who looks like her, others poked fun at the Congress leader.

Rahul Gandhi tweeting about pathetic state of Indian economy from a pub in Kathmandu along with Chinese ambassador to Nepal.

Congress must explain this alliance pic.twitter.com/bdCMBHAWQx

#RahulGandhi is young (not so young at 50s) party goers! What is wrong with it as long as he is not honey trapped by Hou Yanqi the Chinese Ambassador in Nepal with whom he is partying. pic.twitter.com/3EiVkhM2SG

Here’s a look at Hou Yanqi, the Chinese Ambassador to Nepal: 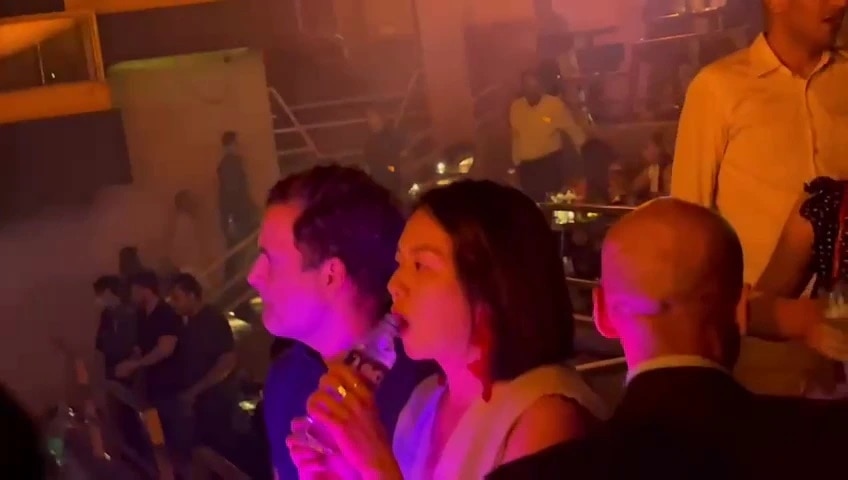 Woman who was seen with Rahul Gandhi at the nightclub.

WAR OF WORDS BETWEEN BJP, CONGRESS

Meanwhile, as the BJP stoked controversy by sharing a video of Rahul Gandhi partying at a nightclub in Kathmanduthe Congress defended its top leader and asked “what’s wrong with it?”

“Rahul Gandhi is in Kathmandu to attend the wedding of his friend. He is on a personal visit there. [BJP] not answering the questions related to power crisis, inflation but they have all the time in the world for Rahul Gandhi,” Congress general secretary Randeep Surjewala said.

“Last when I checked having a family in this country, attending marriage and engagement ceremony is a matter of our culture and civilization. It has still not become a crime in this country to be married, to be a friend of someone or to attend their marriage celebration,” Randeep Surjewala said on Tuesday.