Bowlers too star in Royals’ 29-run victory over RCB
In T20 cricket, 144 runs are generally not a comfort cushion for bowlers. But, it could be when you have a quality bowling attack and a batting side willing to gift wickets. Riyan Parag, with an unbeaten 31-b 56 (3×4; 4×6), played a defining innings for Rajasthan Royals and returned to exhibit brilliance with his catching on Tuesday.
AS IT HAPPENED | SCORE CARD | POINTS TABLE
His efforts were complemented by the bowlers, led by young Kuldeep Sen (4/20) and seasoned spinner R Ashwin (3/17), who tightened the screws on an erring Royal Challengers Bangalore.
At the MCA stadium in Pune, Sanju Samson’s men handed RCB their second consecutive loss, this time by a 29-run margin. Chasing 145 for victory, RCB fell woefully short and were bowled out for 115 in 19.3 overs.

Parag smashed 30 off the last two overs to steer Royals to a competitive total before pace bowler Kuldeep Sen took 4-20 to complete a 29-run victory in Pune. (BCCI/IPL/ANI Photo)

Josh Hazlewood removed the in-form Jos Buttler for eight to push Royals on the back foot after Mohammed Siraj struck twice in his opening two overs. (BCCI/IPL/PTI Photo)

Skipper Sanju Samson attempted to hit back in his 21-ball 27 but was bowled by Wanindu Hasaranga. (BCCI/IPL/PTI Photo)

Hazlewood took 2-19 as Bangalore dried up the runs for Royals between overs 10 to 18, but Parag cut loose and survived a dropped catch on 32. (BCCI/IPL/PTI Photo)

A struggling Virat Kohli opened the innings and avoided a third straight golden duck but nearly got caught on the third delivery, with the ball falling short of the fielder at square leg. (BCCI/IPL/PTI Photo)

Kohli got off the mark on the fourth ball with a boundary and survived a few inside edges that missed the stumps but finally fell to Prasidh Krishna in the next over, for nine. (BCCI/IPL/PTI Photo)

A dramatic run out of Dinesh Karthik, who parted for six after a mix-up with Shahbaz Ahmed, took the wheels off the chase. (BCCI/IPL/PTI Photo)

Kuldeep Sen returned to wrap up the Bangalore innings as they were bowled out for 115 in 19.3 overs as Parag took four catches and was named man of the match. (BCCI/IPL/ANI Photo)

After being bundled out for 68 by Sunrisers Hyderabad in their previous outing, RCB were expected to comeback roaring. Their bowlers stuck to the plan, but the batting line-up played out a different script. The only player who put up a semblance of a fight was skipper Faf du Plessis (23), who opened the innings with Virat Kohli.
The former RCB captain seems to be running out of ways to get out. Miscuing a pull shot, off a short delivery from Prasidh Krishna (2/23), he handed a catch to Parag at backward point after contributing nine runs. Kuldeep, replacing Obed McCoy in the line-up, struck of consecutive deliveries to send back Du Plessis and Glenn Maxwell, which also triggered RCB’s downfall. Their problems were further compounded when Dinesh Karthik was run out by Yuzvendra Chahal.

Earlier, when Devdutt Padikkal welcomed Mohammed Siraj with a maximum through mid-off, it looked as if the pacer’s Powerplay woes were back to haunt him again. But the 28-year-old made amendments and orchestrated the downfall of Rajasthan Royals top order.
A meticulous display of length and slower deliveries by the pacers and change of pace by spin ace Wanindu Hasaranga ensured RCB restricted Rajasthan to 144/8. 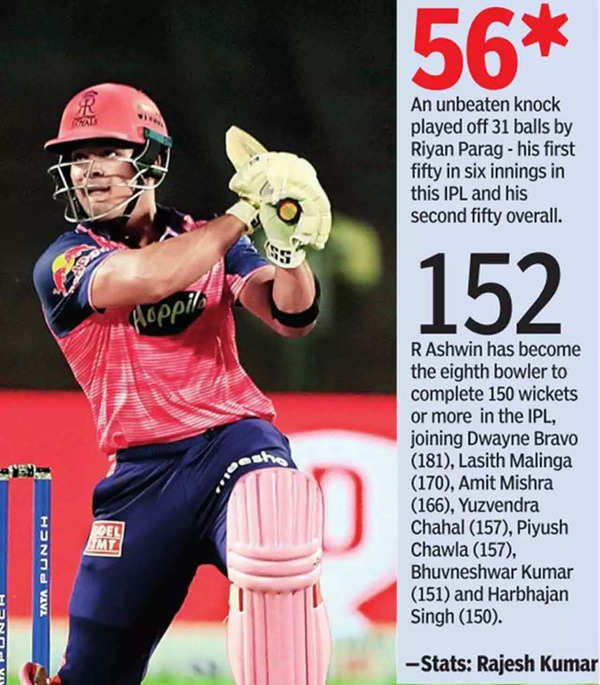 The unraveling of the Rajasthan batting line-up began in the second over when Padikkal (7), playing it late, was trapped leg before by Siraj (2/30). While wickets fell at one end, the focus clearly was on Rajasthan’s man in form Jos Buttler. But he looked off-color and struggled against an on song Josh Hazlewood (2/19) in his first over.
The short delivery from the Australian had Buttler mistiming a pull, which Siraj picked up low, running in from mid-on. It seemed a crucial moment, till RCB batted. 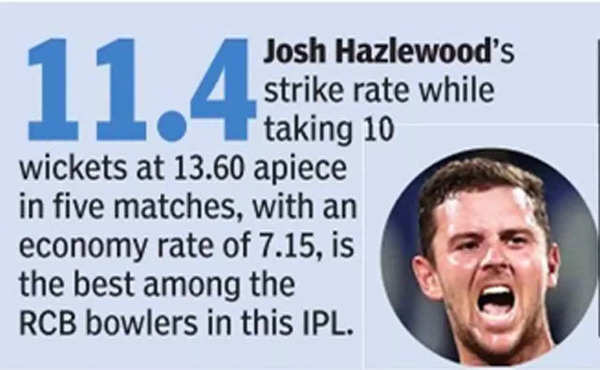 Rajasthan looked to skipper Sanju Samson (27) to infuse life into the innings, but he threw away his chances.
At 68/4 in 9.3 overs, it was left to Parag to revive the Rajasthan innings and the 20-year-old did the job with patience and application. Although he went after Shahbaz, he stuck to rotating the strike and curbed his instinct of going for shots. 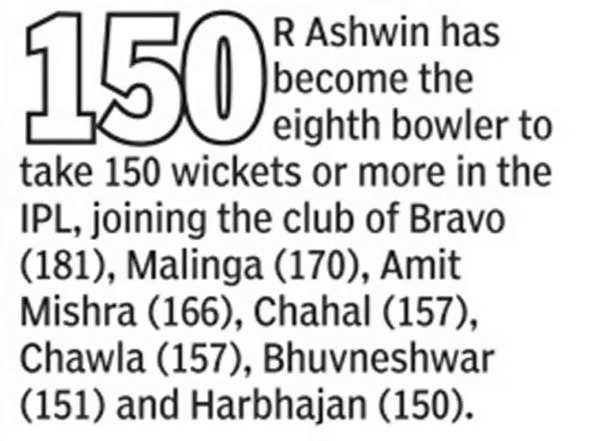