Muslims Are Very Secured And Happy In BJP Rule: MRM

Muslims Are Very Secured And Happy In BJP Rule: MRM


In Uttar Pradesh, Uttarakhand, Goa, Manipur and Punjab, pamphlets will be distributed among the members of the minority community to seek votes for the BJP. 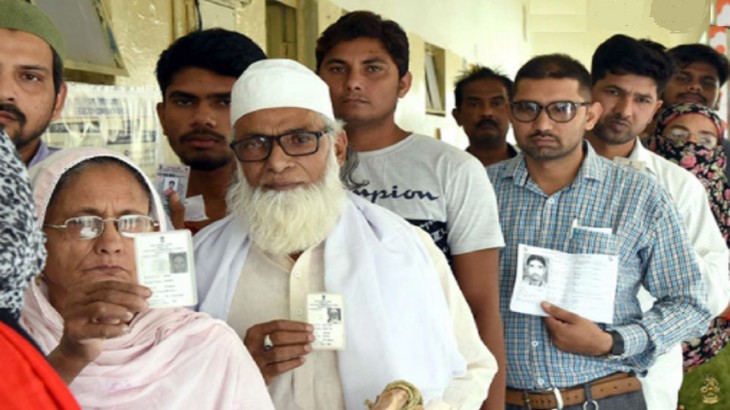 The Muslim wing of the Rashtriya Swayamsevak Sangh, the Muslim Rashtriya Manch, appealed to the minority community to vote for the BJP in the upcoming assembly elections in five states, saying Muslims are the “safest and happiest” under the BJP rule, while the Congress, Samajwadi Party and The Bahujan Samaj Party considers him only a ‘vote bank’. The MRM referred to the various schemes implemented by the BJP governments at the Center and in the states for the welfare of the community and said the party was the “biggest well-wisher” of Muslims in the country.

The organization’s national convener Shahid Saeed told that the ‘Niven Patra’ of the MRM has been published in the form of pamphlets and was released to distribute it in the poll-bound states at a meeting here chaired by its founder and chief patron Indresh Kumar. did it. He said pamphlets would be distributed among members of the minority community to seek votes for the BJP in Uttar Pradesh, Uttarakhand, Goa, Manipur and Punjab. It was mentioned, “Since 2014, the Narendra Modi government has launched 36 schemes including Nayi Roshni, Naya Savera, Nayi Udaan, Seekho Aur Kamao, Ustad and Nayi Manzil for the welfare of minority communities.”

The organization said that members of the minority community have also benefited from the Pradhan Mantri Awas Yojana, Mudra Yojana, Jan Dhan Yojana, Ujjwala Yojana, Atal Pension Yojana, Startup India and other schemes launched by the Modi government. It questioned, “Opposition parties including Congress, SP and BSP have been campaigning against the RSS and BJP for a long time by saying that if BJP comes to power, Muslims will be thrown out of the country…how many Muslims will be expelled from the country.” Has been fired… in the last seven years?’

It said, “Congress and other opposition parties have considered Muslims only as their vote bank… Muslims were treated as poverty, illiteracy, hatred against Hindus, backwardness and triple talaq like Islam during the rule of Congress and so called sympathizers of the community. Anti-atrocities met. The MRM claimed that the incidents of communal riots and atrocities against Muslims have come down significantly since 2014. The BJP government is the biggest well-wisher of the Muslims… Don’t fall prey to Congress, SP-BSP during the elections. The Muslims of the country are safest and happy under the BJP rule and will continue to be so. So vote wisely. A little mistake can cause trouble.