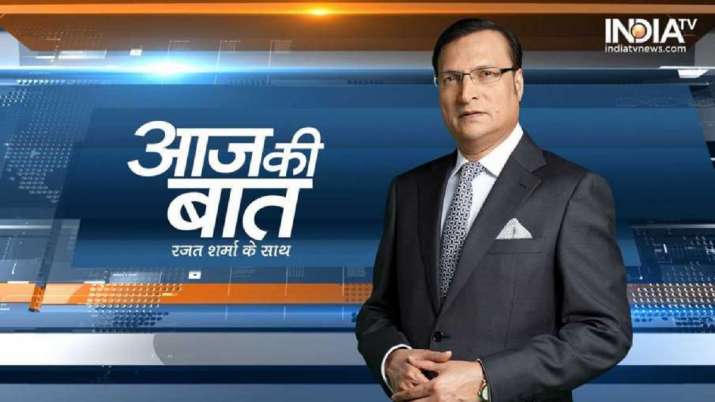 Rajat Sharma Blog How ISI sinister plot to carry out serial blasts in Delhi, Mumbai, UP was foiled |


Delhi Police’s Special Cell and Intelligence Bureau have foiled a big conspiracy to terrorize the country with the help of Uttar Pradesh ATS. On Tuesday, the Special Cell of Delhi Police revealed that Pakistan’s intelligence agency ISI and Dawood Ibrahim gang were plotting serial blasts in Delhi, Maharashtra and Uttar Pradesh during Dussehra festival, Ramlila or Navratri festival. They wanted to target crowded places.

Before these people could succeed in their plans, the Special Cell of Delhi Police arrested six operatives of this terror module. Police have recovered IED, grenade, Beretta pistol and cartridges containing RDX from them. So far one kg of RDX has been seized.

The names of the six terrorists who have been arrested are Jaan Mohammad Sheikh alias Sameer Kalia, a resident of Mumbai. Osama alias Sami of Delhi’s Jamia Nagar, Moolchand alias Shaju of Rae Bareli, Zeeshan Qamar of Prayagraj, Mohammad Abu Bakr of Bahraich and Mohammad Amir Javed, a resident of Bakshi Talab in Lucknow. All of them were arrested during raids in Delhi and several cities of Uttar Pradesh. Weapons and explosives have been recovered from Prayagraj.

During interrogation, it was revealed that Osama had left for Muscat (Oman) from Lucknow on April 22 after catching a Salaam Air flight. Osama met Zeeshan in Muscat. Zeeshan also came for training. In Muscat, both of them met 15 to 16 Bangladeshis. Later they were divided into small groups. Osama and Zeeshan were placed in a group.

Osama and Zeeshan were taken in small boats from Muscat in Oman to the town of Jiwani near Gwadar port, official sources said. There he was received by a Pakistani official and he was taken to a farm house in Thatta in Sindh province. There were three Pakistanis in this farm house. Two of them, Hamza and Jabbar, were wearing Pakistani army uniforms. Osama and Zeeshan were trained here for 15 days both to operate AK 47s and to detonate bombs and to make explosives using everyday items.

Both these Pakistani soldiers were acting on the instructions of a lieutenant or major rank ISI officer. Both these trend terrorists were assigned the task of reconnaissance of the blast site, selecting the site for the installation of the IED. Osama was arrested from Okhla and Mohammad Abu Bakr was arrested from Sarai Kale Khan. Zeeshan Qamar, Amir Javed and Moolchand alias Saju were arrested with the help of UP ATS.

Officials said that Anees Ibrahim, brother of underworld don Dawood Ibrahim, has an active role in it. Anees Ibrahim through his henchmen transported IEDs, grenades, pistols and cartridges inside the country. Anees Ibrahim and his henchmen were responsible for transporting explosives from Pakistan to India and keeping the bomb hidden until it was detonated. With the help of the underworld, these RDX and IED reached Prayagraj where it was hidden and kept safe.

The task of handing over these explosives and weapons to terrorists for blasts in the cities of Delhi, Mumbai and UP was given to Jan Mohammad Sheikh and Moolchand alias Shaju. Police said these explosives were to be used at crowded places during festivals.

Officials said Thatta, east of Karachi, is the same place where 26/11 Mumbai attack accused Ajmal Kasab was trained by the ISI and the Pakistan Navy’s elite force, the Special Service Group. Earlier, Pakistan used the Dubai route for terrorist training, through this route the terrorists were brought and sent back. But for the first time the route to Oman has been used. Along with this, the big thing is that for the first time after the 1993 Mumbai blasts, the active role of Dawood’s underworld gang has been seen in this entire conspiracy of ISI of serial blast in the festive season.

Based on the information provided by the security officials, two things emerge from this terror module. First, how the ISI is easily radicalizing the boys of 22 years to 30 years of Delhi and UP and transporting them to Pakistan through Muscat. Since the Army has increased the LoC (Line of Control) very strictly in the last few years, the ISI has found a new way to send the boys for training to Pakistan through flight.

Secondly, the sleeper cell network of Jaish-e-Mohammed and Lashkar-e-Taiba has weakened. In such a situation, ISI has activated Dawood’s underworld network. But the good thing is that due to the promptness of intelligence agencies and police, the plan of the blast was foiled in time. For this, Delhi Police, UP Police as well as intelligence agencies should be praised. (Rajat Sharma)