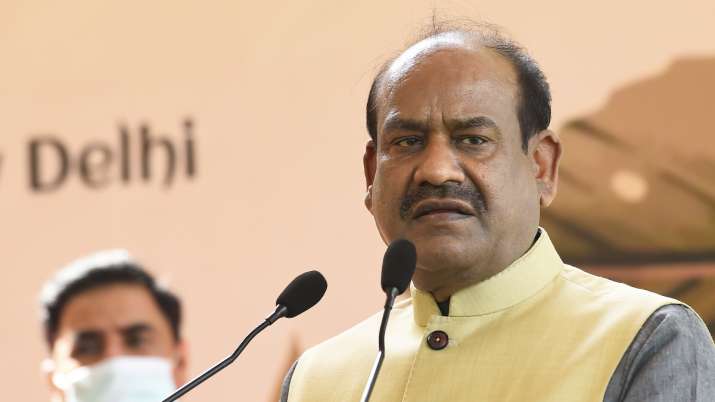 
New Delhi: Underlining the importance of maintaining discipline and decency in Parliament and Legislatures, Lok Sabha Speaker Om Birla on Wednesday said that public representatives, being the supreme democratic institution and a role model for other institutions, should maintain decency in their work and inside and outside the House. Follow the highest standards. Speaking at the 81st All India Presiding Officers Conference held at Parliament House annexe, the Speaker said, “Being an elected public representative, a member has a prestigious status. While the members have been given privileges to perform their parliamentary duties uninterruptedly, there are also certain responsibilities attached to these privileges.

He said, “As the supreme democratic institution we are a role model for other institutions of the country and we should maintain the highest standards of discipline and decency in our work.” Birla lamented that in recent years. Incidents of indecent behavior of public representatives have increased in the state and said that it tarnishes the image of these institutions. He said that the credibility of legislatures is tied to the role and conduct of their members and hence they are expected to observe the highest standards of decency inside and outside the legislature.

Lok Sabha Speaker said, “Now the time has come to think and brainstorm about the norms of conduct of public representatives individually and collectively.” Harivansh, Deputy Chairman of Rajya Sabha and Presiding Officers of Legislatures also participated in this conference. Birla said that different conferences were organized in the years 1992, 1997 and 2001 on this subject and there was a collective and coordinated effort by the presiding officers, leaders of all parties and whips regarding the implementation of the resolutions and decisions taken in those conferences. needs to be done.

The Speaker said that it has been decided to organize the centenary year celebrations of the Public Accounts Committee on December 4-5, 2021. According to a statement from the Lok Sabha Secretariat, the 81st All-India Presiding Officers Conference was also addressed by Inter-Parliamentary Union (IPU) President Duarte Pacheco, Austrian National Council President Wolfgang Sobotka, Guyana Parliament Speaker Manzoor Nadir.