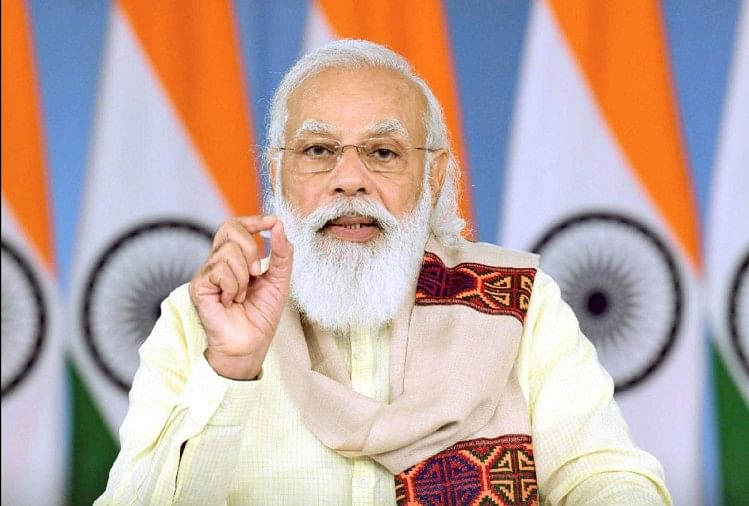 Prime Minister Narendra Modi will go abroad for the first time after two years. He will first attend the Quad Countries Summit in the US and then address representatives of over 100 countries at the United Nations General Assembly (UNGA). In the meantime, his aim will be to draw the attention of the global public to the ever-increasing assertiveness of China and the increased threat of spreading terrorism after the coup in Afghanistan on the other.

The quad group summit of India, Australia, Japan and the US will be held on September 24. White House Press Secretary Jen Psaki said that Indian Prime Minister Narendra Modi, Australian Prime Minister Scott Morrison and Japan’s PM Yoshihide Suga will arrive in Washington to attend the conference hosted by US President Joe Biden.

The Indian Ministry of External Affairs also said that Prime Minister Narendra Modi himself will go to attend this conference at the White House. The Ministry of External Affairs said that the summit is likely to discuss contemporary global challenges, including ways to ensure the Indo-Pacific region is free and open and inclusive. During this, while the situation in Afghanistan and China’s growing interest there is also likely to be discussed, these leaders will also review the progress made in the direction of common interests after the online summit on March 12.

The Ministry of External Affairs also informed that Prime Minister Modi will also attend the 76th session of the UNGA in New York on September 25, where he will address a high-level segment of the session. Prominent leaders of more than 100 countries and governments will be personally present at the UNGA’s annual meeting.

In the Quad conference, issues like Korana to cyber and maritime security were discussed
The Ministry of External Affairs said that the Quad conference will also review the efforts to deal with the Kovid-19 global epidemic and the Quad vaccination initiative announced in March. At the meeting, the host US would like to signal its strong commitment to cooperation in the Indo-Pacific and to the Quad Group. The ministry said that there will also be an exchange of views on contemporary global issues such as emerging technologies, connectivity and infrastructure, cyber security, maritime security, humanitarian aid, disaster relief, climate change and education.

Quad is the priority of the Biden-Harris administration
White House Press Secretary Jen Psaki said promoting the Quad is a priority for the Biden-Harris administration. This was clearly visible at Quad’s first conference in March. Then this conference was held online and now it is going live. The online conference was hosted by President Biden and resolved to strive for a free, open and inclusive Indo-Pacific region.

Afghan diplomats will present their side on the last day of UNGA
The topic of discussion this time at the UNGA’s Annual General Assembly is ‘Hope to recover from Kovid-19, rebuild stability, meet the needs of the earth, respect the rights of people and revitalize the United Nations. The discussion will run from September 21 to 27 and will be addressed by Afghanistan’s Permanent Ambassador to the UN Ghulam Isakzai on the last day. Isakzai was appointed to the UN by former Afghan President Ashraf Ghani in June this year. The interim Taliban government has yet to take a decision on whether to replace Isakzai. Joe Biden will also arrive in New York to address the General Assembly for the first time as US President.