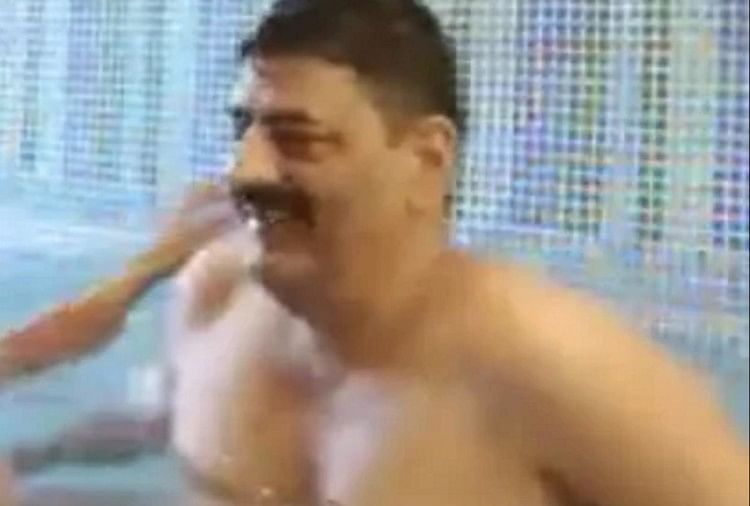 A complaint of moral malpractice was received against an officer of Rajasthan Police Service (RPS) and a woman constable, after which suspension action was taken.

When the woman constable’s husband saw the video, he hurriedly approached DGP ML Lather with a complaint. After taking cognizance of the matter, the DGP has suspended both of them in the alleged moral malpractice case and ordered an inquiry.

Circle officer and female constable both made the video together

The most interesting thing is that on 13 July 2021, the lady constable had put the picture of the swimming pool in her WhatsApp status. The woman’s six-year-old son is also seen in the video. Both the circle officer and the lady constable have made this video together.