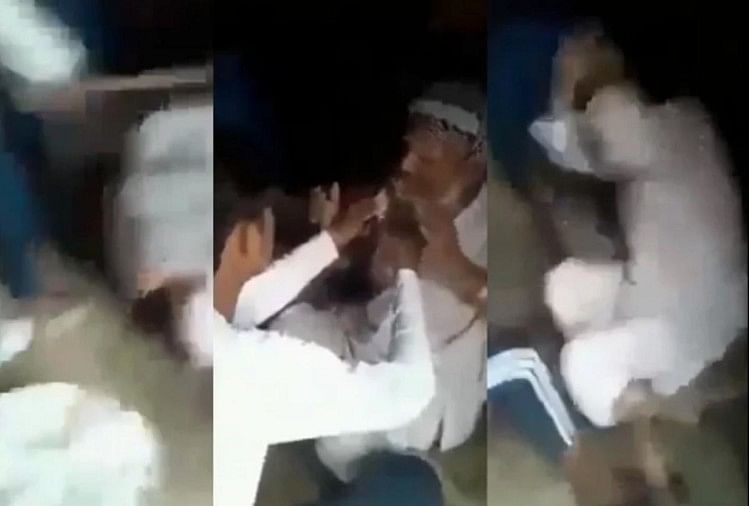 Ghaziabad News : Revenge Taken When The Effect Of The Amulet Is Reversed

A new twist has come in the case of torture and beard cutting of Sufi Abdul Samad, the elderly Sufi of Bulandshahr in Loni Border Police Station area. The accused auto riders who carried out the incident were not unknown, but were known to the elderly. According to the police, Abdul Samad does the work of making magic and amulets. The main accused Pravesh Gurjar, resident of Banthla, had made amulets from him for business. The business did not work, but the wife miscarried. Pravesh carried out the incident with the elder to take revenge. Ten companions of Pravesh were also involved in the incident. The main accused is in jail in the case of extortion. Two other accused have been arrested.

CO Loni Atul Kumar Sonkar said that Adil Khan, a resident of Behta Hajipur Colony and Kallu Gurjar, a resident of Saral Kunj Colony, who were involved in the beard-cutting incident with Sufi Abdul Samad, a resident of Anupshahr in Bulandshahr, have been arrested. The main accused Pravesh Gurjar has already gone to jail for demanding extortion. In the investigation of the police, the names of Arif, Adil, Mushahid, Kallu, Poli and others have come to light. The entry will be taken on police custody remand.

According to the CO, it has been found in the investigation that Abdul Samad works in making amulets. He has made amulets to hundreds of people in Loni area. When business was not working, Pravesh Gurjar, a resident of Banthla, contacted a friend, who introduced him to Abdul Samad. Abdul Samad was given entry as a talisman, but after a few days his wife miscarried. On contacting the knowledgeable religious leader, he told about the ill-effects of the amulet, then Pravesh got angry and planned to take revenge on Abdul Samad.

Called by phone, brought home and tortured
According to the police, Pravesh got upset after his wife miscarried. There was no business going on from above. Because of this, he even tried to kill himself by hanging. After all this, Pravesh decided to take revenge on Abdul Samad. On June 5, he called Abdul Samad by phone. A friend of Pravesh brought Abdul on a bike to Banthla Ram Vihar Colony. Here Pravesh Gurjar, along with about 10 of his companions, beat him up and also made a video after cutting his beard.

Paid Rs 100 for rent, returned mobile too
The accused had taken Abdul Samad’s mobile phone before the beating. Returned later. He also paid Rs 100 for the fare to go back. From here he left for his home in an auto.

Sections increased in the case, those who made the video viral will also measure
The police had earlier registered a simple case of assault, but the sections have been increased after the video went viral. In the case registered under sections 342, 323, 504, 506, now sections 295A, 147, 148, 149 have been extended. At the same time, the CO says that who has made the video viral, it is being investigated. At the same time, action will also be taken against those sharing the video with objectionable remarks. The CO told that before making any video viral, its veracity should be known.

On entry, the friend got the extortion sued
Accused Pravesh Gurjar has gone to jail on June 12 in the case of extortion. The accused, a resident of Behta Hajipur Maulana Azad Colony, had accused him of demanding an extortion of two lakh rupees. According to the police, Pravesh is Pravesh’s friend. At the same time, Abdul Samad filed a report on June 7. Police say that the purpose of registering the extortion case was not something else, it is also being investigated.