I have come to play a long innings in BJP, Jitin Prasad said – now my work will speak


Jitin Prasad clearly said that he did not suddenly join the BJP. Its decision has been taken after much deliberation. He said that three generations have been with the Congress. There is no sudden decision. 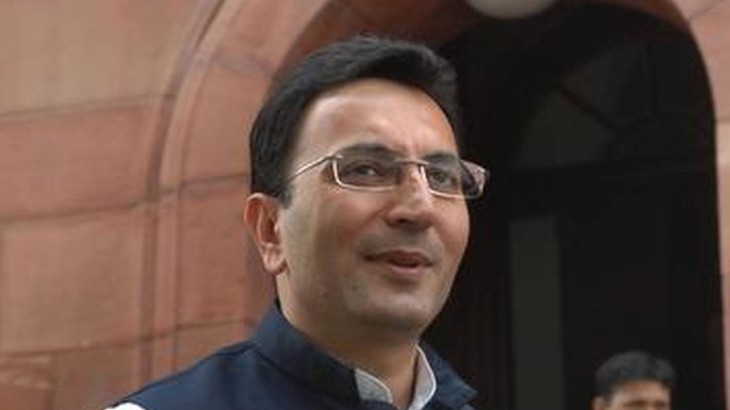 I have come to play a long innings in BJP, Jitin Prasad said – now my work will speak (Photo Credit: News Nation)

Jitin Prasad, who left Congress and joined BJP, clearly said that he did not join BJP suddenly. Its decision has been taken after much deliberation. He said that three generations have been with the Congress. There is no sudden decision. I have taken this step after careful deliberation. The decision has been taken keeping in view the sentiments of the people. He praised Prime Minister Narendra Modi and said that BJP is a political party in the leadership and true sense and it is capable. This is why I have taken this step.

came to play a long innings
Jitin Prasad said about his role that I have not come for momentary gains. I have come to play a long innings in BJP. I will work hard, my work for the party will speak for the organization. On the issue of Brahmin, he said that the public will decide this. I was associated with the Brahmin Chetna Parishad. Raising the voice of Brahmins, now I will be able to do more work. Yogi Adityanath is the Chief Minister of our state. We are seeing their work, how much work they have done for 4 years. I have also been with him in the Parliament for the state. I will meet him for 10 years and seek his guidance. It will be our endeavor to fulfill the expectations of the people in the coming elections.

Also read: Vaccine shortage even in AIIMS, only second dose is being given

Significantly, Jitin Prasad, a big face of North India in Congress and close to Rahul and Priyanka Gandhi, has joined BJP on Wednesday. He joined the party in the presence of Piyush Goyal and Anil Baluni at the BJP headquarters. Jitin Prasad was angry with the Congress top leadership for a long time. Before joining BJP, he met Home Minister Amit Shah. Before the next year’s Uttar Pradesh elections, the Congress is being considered as a big setback. BJP leader and Union Minister Piyush Goyal has played an important role behind this big political change.

Also read: If there is a third wave of corona, then there will be no shortage of oxygen: Arvind Kejriwal

Let us tell you that in the recently concluded West Bengal elections, Jitin was in charge of the state and the party did not get a single seat there. Last year, Jitin Prasad had established an organization under his leadership called Brahmin Chetna Parishad. The purpose of BJP to bring Jitin Prasad into the party is that the people of the Brahmin community who are angry with the party can be pacified. It is worth mentioning that since Yogi Adityanath became the CM, it was being said that he was favoring the Thakurs more and till the appointment in the administration, such allegations were leveled against Yogi.