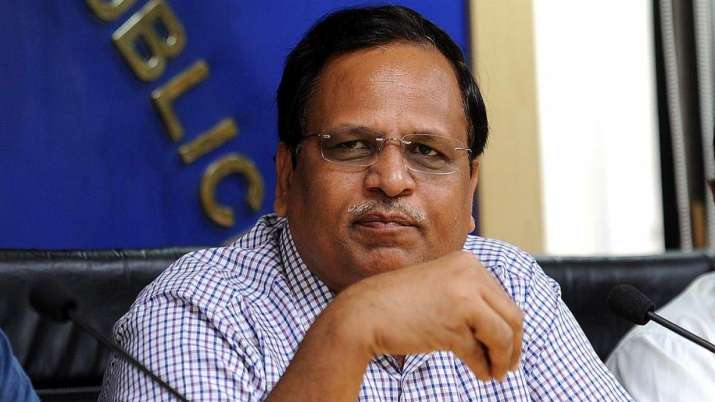 
New Delhi: In the last few days amid the second wave of Corona virus, the country’s capital Delhi has seen a decline in daily cases of infection. However, the number of corona virus patients found every day in Delhi remains above 15 thousand. Meanwhile, Health Minister Satyendra Jain has said that the stock of ‘Kovaxin’ in Delhi is left for only one day while the stock of Kovishield will last three to four days. A day earlier, Chief Minister Arvind Kejriwal urged the Center to direct vaccine manufacturers to increase vaccine supplies to the national capital from May to July.

After taking stock of the preparations at the Guru Tegh Bahadur Kovid Care Center at Gurdwara Rakab Ganj Sahib in central Delhi, Jain told reporters, “The doses of covaxine will last only one day while the doses of covicshield can last three-four days.” According to the government data released on Sunday, Delhi has received 5.5 lakh doses of anti-Corona virus vaccine in the 18-44 year range while over 45 years and over 43 lakh doses for health care and frontline personnel.

According to the data, around 39 lakh doses have been applied so far in the national capital. As of Sunday evening, 4.65 lakh doses of corona virus vaccine were available in Delhi for people above 45 years of age and for health care and frontline personnel while 2.74 lakh doses were for the 18-44 years range. .

The Health Minister said that the decrease in infection rate and new cases in the last fortnight is a ray of hope. Jain said, “The number of (daily) cases has come down from around 28,000 to 13,000. The infection rate has come down from a high of 36 per cent to around 20 per cent. “He said that there is no scope for laxity and urged everyone to be vigilant.” Jain said that the 400-bed Guru Tegh Bahadur Kovid Care Center has been affiliated to the Lok Nayak Jai Prakash Hospital of Delhi Government.

He said that the Delhi Sikh Gurdwara Parbandhak Committee (DSGMC) has provided the infrastructure for the center and the Delhi government has provided medical support. DSGMC President Manjinder Singh Sirsa said that 50 doctors of LNJP Hospital will be managed by the Kovid Care Center. He will be assisted by a team of 150 nurses and ward boys. Sirsa said there are oxygen concentrators on all the beds and the center has a backup of 150D type cylinders. He said that patients who need 20 liters of oxygen per minute can be treated here. Sirsa said that the treatment and food here is completely free.