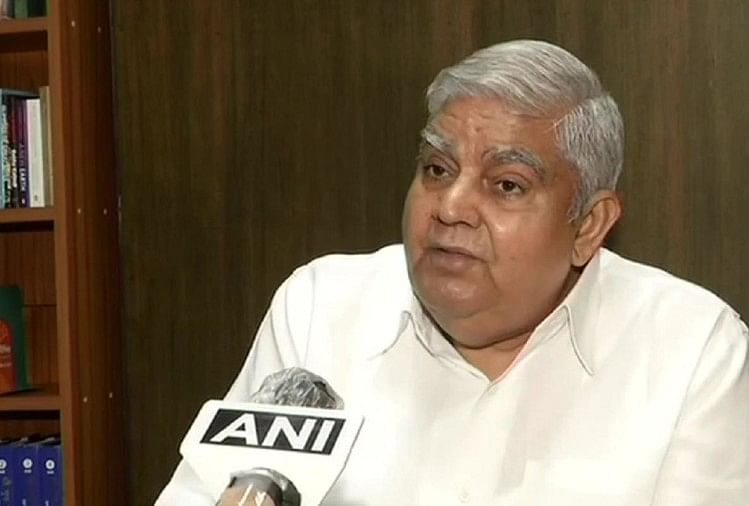 The Governor of West Bengal has approved the running of the case against the top leaders and former ministers of the Trinamool Congress (TMC). Explain that the Central Bureau of Investigation (CBI) had sought permission from Governor Jagdeep Dhankhar to prosecute Farahad Hakim, Subrata Mukherjee, Madan Mitra and Sovan Chatterjee in the Narada Sting case. All of them were ministers when the alleged Narada sting tape was revealed.

CBI presented documents related to the case to the Governor

The OSD of Raj Bhavan further said, ‘Governors are competent authorities to grant sanction in terms of law, as they appoint such ministers in terms of Article 164 of the Constitution.’ The statement said that the governor approved prosecution against these four leaders after the CBI provided all the documents related to the case. It is known that Hakeem, Mukherjee and Mitra have been re-elected TMC MLAs in the recent assembly elections, while Chatterjee, who left TMC to join BJP, has parted ways with both parties.

The Narada sting tapes were made public before the 2016 assembly elections in West Bengal. These tapes were claimed to have been recorded in 2014 and showed individuals who looked like TMC ministers, MPs and MLAs, allegedly taking cash from representatives of a fictitious company. The sting operation was allegedly carried out by Matthew Samuel of the Narada News Portal. The Calcutta High Court in March 2017 ordered a CBI inquiry into the sting operation.

Here, the Governor has tweeted about the incidents of continuous violence, loot and beatings in the state during the assembly elections. He wrote, ‘As part of my constitutional duty, I have decided to visit the affected parts of the state and ask the government to make arrangements. Unfortunately, his attitude is not very reactive. I will proceed according to my schedule and make arrangements for the yatra itself in the coming days. ‘ He further said, ‘We are in deep trouble in the state after the elections. After the incidents of violence, arson, robbery, now intimidation and extortion have also started here. This is worrisome.’

As part of my constitutional duty, I’ve decided to visit affected parts in State & asked govt to make arrangements. Unfortunately their response hasn’t been very responsive. I’ll go ahead with my schedule& make arrangements for self visit in coming days: West Bengal Governor

Let me tell you that on Sunday (9 May), the Governor also had a tweet, in which he expressed displeasure on behalf of the Director General of Police and Kolkata Police Commissioner for not giving information about the latest law and order situation in the state.