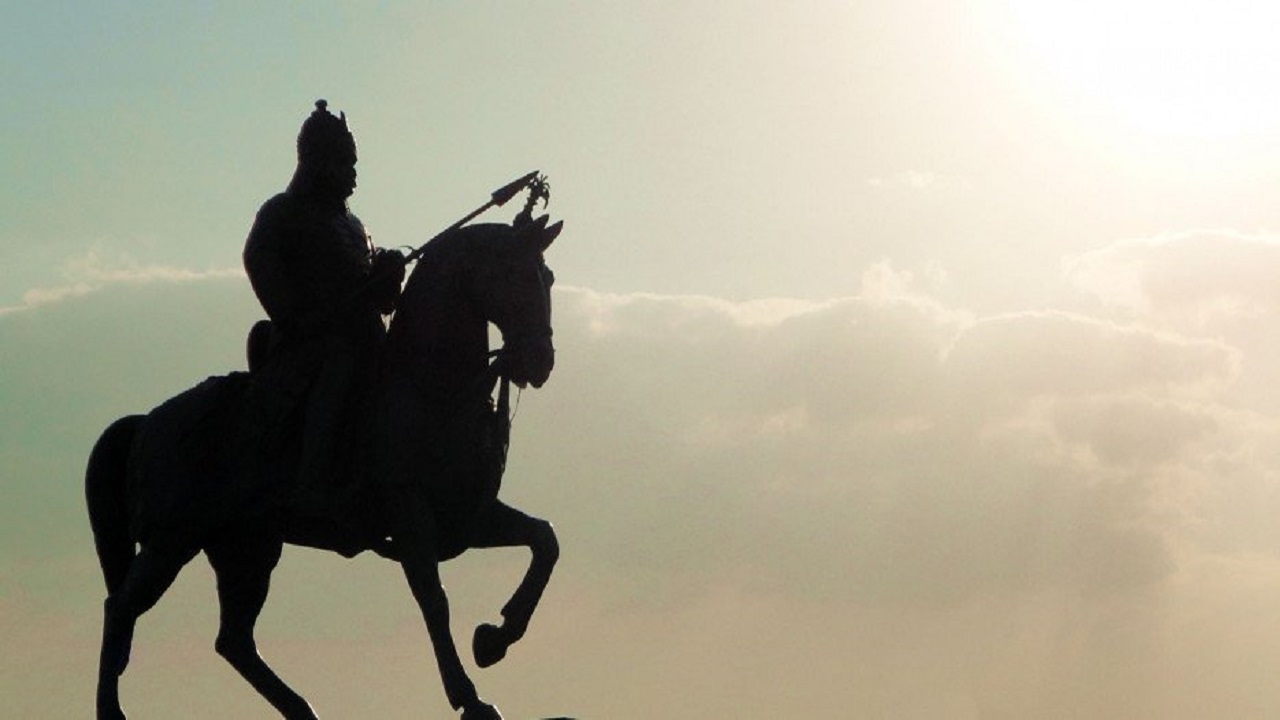 
Rana Pratap was born in the fort of Kumbhalgarh. This fort is on the hill of Aravali, the oldest hill range in the world. Rana was brought up by the Kuka caste of Bhils. Bhil loved Rana very much.

Today is the 481st anniversary of Maharana Pratap, he was a warrior who did not bow his head even after being weakened by military power in the war against Akbar. And the more popular he was, the more popular his loyal horse ‘Chetak’ was. It is said about him that Rana used to hit the opposition soldiers with a spear in both hands, there was such a force in his hands that the two soldiers used to shoot at the point of spears together. Rana Pratap was born in the fort of Kumbhalgarh. This fort is on the hill of Aravali, the oldest hill range in the world. Rana was brought up by the Kuka caste of Bhils. Bhil loved Rana very much. They were the eyes and ears of Rana. When Akbar’s army surrounded Kumbhalgarh, the Bhils fought fiercely and held Akbar’s army for three months. Due to an accident, the water source of the fort became dirty. After which Maharana had to leave the fort for a few days and Akbar’s army took possession there. But Akbar’s army could not stay there for a long time and Maharana got the right over Kumbhalgarh again. This time Maharana took away two other states of the neighborhood from Akbar.

Chetak, a horse talking to the wind
Chetak was Maharana’s favorite horse. When Maharana was greatly injured in Haldighati, he had no assistant. In such a situation, Maharana took the reins of Chetak and took off. Two Mughal soldiers were behind them, but both fell loose in front of Chetak’s pace. A hill stream was flowing on the way. Chetak was also injured, but leaping up the drain and the Mughal soldiers kept staring. But now Chetak was tired. He was unable to run. Chetak himself was martyred after saving Maharana’s life.

Bhai Shakti Singh became anti, then Prem woke up
After Haldighati, when Maharana escaped and reached some distance, at the same time, Maharana was heard from behind by someone – “Ho, blue horse Ra Aswar.” When Maharana turned back, his brother Shaktisinh was coming. If power could not be built with Maharana, he joined Akbar’s army to take revenge and he was fighting from the Mughal side in the battlefield. During the war, Shakti Singh saw that two Mughal horsemen were chasing Maharana. So Shakti’s old brother-in-law awoke and he killed the two Mughals who were following Rana and drove them up.

Loyal Muslim saved Maharana’s life
In 1576, this war took place between Maharana Pratap and Akbar’s army. Mansingh was leading Akbar’s army. It is said that there were 10,000 horsemen and thousands of foot soldiers with Mansingh. But Maharana Pratap was fighting with 3 thousand horsemen and a handful of foot soldiers. During this time, on behalf of Mansingh’s army, he attacked Maharana, who was taken by Hakim Khan Sur, loyal to Maharana, and saved his life. Many of his brave companions such as Bhamashah and Jhalaman too were martyred in this war, saving the life of Maharana.

Grass loaves
When Maharana Pratap was wandering from jungle to forest after losing to Akbar, five times a day food was cooked and each time he had to run away leaving food. Once Pratap’s wife and his daughter-in-law made some rotis by grinding grass seeds. Half of the rotis were given to the children and the remaining half of the rotis were kept for the second day. At the same time, Pratap heard the scream of his girl. A wild cat ran away snatching her bread from the girl’s hand and the tears of the girl distraught with hunger. Seeing this, Rana’s heart ached. Being impatient, he defied such a royalty, due to which he had to see such compassion in life. After this, to overcome his difficulties, he expressed his desire to meet Akbar through a letter.

Even Akbar could not live without praise
When Maharana Pratap was wandering from forest to forest after losing to Akbar. Akbar sent a detective to take the news of Maharana Pratap’s discovery, the detective came and told that the food that Maharana was eating while sitting with his family and servants contained wild fruits, leaves and roots. The detective said that no one was sad or sad. Hearing this, Akbar’s heart also got irritated and respect was born in his heart for Maharana. Akbar’s confidant Sardar Abdurrahim Khankhana had also heard Pratap’s praise from Akbar’s face. He wrote in his language, “All are perishable in this world. Maharana gave up wealth and land, but he never bowed his head. He is the only king among the kings of India who has maintained the pride of his caste. ” His people came to him crying with hunger and started crying. The Mughal soldiers had fallen behind them in such a way that sometimes they could not even get an opportunity to eat when the food was ready and had to leave the food due to security.