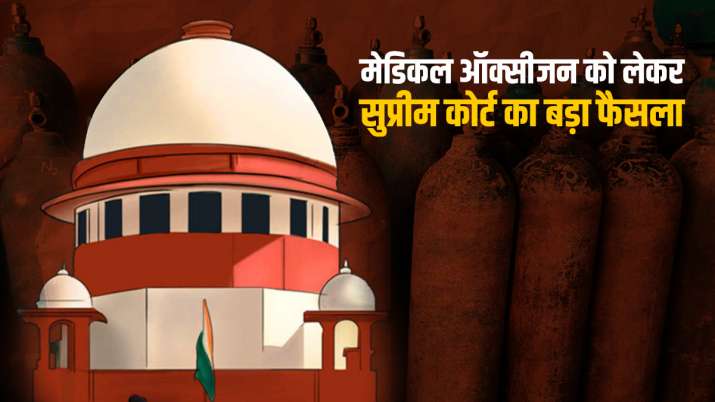 
New Delhi. On Saturday, the Supreme Court took a major decision regarding the demand and distribution of oxygen in the country. Amid the second wave of Coronavirus India in the country, the Supreme Court set up a 12-member national workforce to help the public health response to combat the Kovid-19 epidemic. The Supreme Court said that the objective of creating a workforce is to formulate a methodology for allocation of oxygen from scientific point of view to the states and union territories. This task force will conduct scientific, logical and equitable assessment and submit its recommendation to the court.

Also, this task force will undertake an assessment based on the requirement, availability and distribution of medical oxygen for the entire country. The Supreme Court said that the task of the formation of a task force at the national level can be attributed to the health of the people during the epidemic on the basis of scientific and specialized domain knowledge. A Supreme Court bench headed by Justice DY Chandrachud, in its order, ordered the formation of a one-member National Task Force. Let me tell you, this task force will also make suggestions to ensure equal and appropriate availability of medicines needed to treat Kovid and also to address other issues arising out of the epidemic.

Corona treatment may be heavy at home, know the truth of WHO warning

These 12 members will be included in the task force

Good news: the government took this big decision regarding admission in hospitals

Earlier, the Supreme Court on Friday asked the Center to supply 700 metric tonnes of liquid therapeutic oxygen (LMO) daily to Delhi for treatment of Kovid-19 patients till further orders. A bench headed by Justice DY Chandrachud noted the Delhi government’s plea on reduction of medical oxygen supply in the national capital and cautioned that if 700 metric tonnes of LMOs were not supplied daily, it would pass an order against the authorities concerned . The Audit Committee for Delhi has been set up by the Supreme Court. The committee will have AIIMS director Dr Randeep Guleria, Max Hospital doctor Sandeep Budhiraja and two IAS officers.