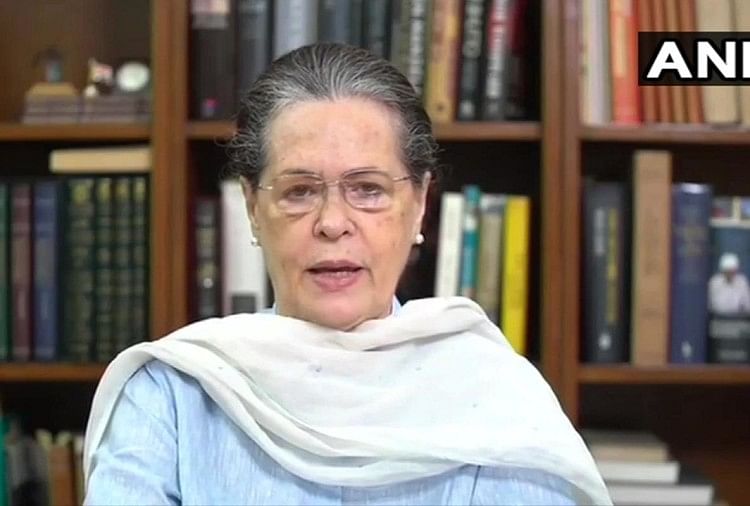 In the second wave of transition in the Corona era, the interim president of the Congress Party, Sonia Gandhi, has made full preparations to surround Prime Minister Narendra Modi. This time they are not limited to words of criticism only. He has asked the question to Prime Minister Modi.

At the Congress Parliamentary Party meeting on Friday, Sonia Gandhi said that a free vaccine budget of Rs 35 thousand crore was released from the Parliament to protect all people in the country from Corona. Despite this, vaccine money is being collected from all states today.

What happened to the suggestions made by the ‘Empowered Group’ of the Center and the National Task Force set up for Kovid. Someone has followed them. On their part, a second wave of Corona infection was warned, but despite this, the central government could not make preparations.

The interim President of Congress Party Sonia Gandhi has raised many questions on PM Modi regarding the havoc created by the second wave of Corona infection in the country. He said, Modi government has failed in this era of global epidemic. The state of health structure of the country is in front of everyone.

He said that thousands of people have died due to lack of treatment and medicines. There are millions of corona infected patients in various states, who are not being treated properly. People are unable to get beds in the hospital. There is a lack of oxygen. Patients are worried about the vaccine and other life-saving drugs.

People have to struggle for life in hospitals, trains and on the road. Sonia Gandhi said that the Modi government is not worried about people dying of infection. There is already economic pressure on the states, now the central government did not even provide the vaccine free of cost to them.

Let us tell you that when the first wave of Corona came last year, the center formed many expert groups. Among them were special empowered groups. Rahul Gandhi and many other members of the opposition have also raised the question that the government did not listen to the advice of these experts. As the National Task Force had said, a second wave could come. What kind of preparations should be made in this regard.

The Central Government did not follow the suggestions of the National Task Force. As a result, the second wave is facing heavy shortage of oxygen, ventilators and medicines. The vaccine is going abroad, but its people are not getting enough vaccine. Sonia Gandhi has also indirectly targeted the Modi government over the Central Vista project.

He said that thousands of crores of rupees are being spent on such projects, while they had nothing to do with the public interest. Taking a dig at PM Modi and the BJP, Sonia Gandhi said that during the Corona era, the Parliamentary Standing Committee and Opposition gave suggestions to the government many times, but the Prime Minister did not listen to anyone. Instead of following suggestions Modi and his party started saying that we have defeated Corona.

For this, BJP leaders also praised PM Modi. Before the second wave, the task force had given suggestions to the central government about the supply of oxygen, but no one paid attention to them. Given the lack of vaccine, other companies were not even issued license to produce it. Sonia Gandhi said that the Modi government has not included many sections in its vaccine policy. These include Dalits, Adivasis and many other backward groups.