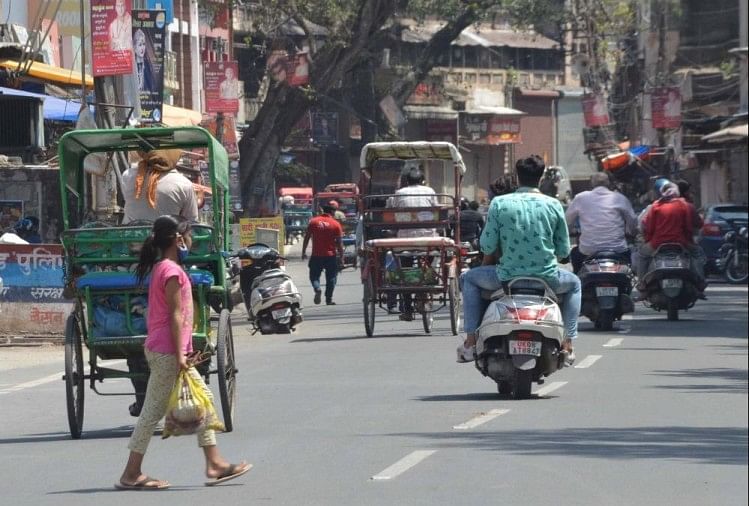 The second wave of Corona in India is not just limited to cities, but has also engulfed rural areas. The epidemic is spreading rapidly in rural areas. In many states, information was gathered about the ground reality of rural areas, then it was found that only the urban area is not affected by Corona. The spread of infection is also taking place in the villages. Most of the rural areas including Maharashtra, Haryana, Uttar Pradesh, Bihar, Gujarat are badly affected by the second wave of corona epidemic. The roads of the villages are also heard, the haat-bazaars are completely closed. People are scared and scared.

Maharashtra
The state most affected by Corona is Maharashtra. More than 60 thousand new cases are coming here every day for the last time, so far 49.42 lakh people have been infected by infection in the state, while 73,515 people have died. Out of these, 42.27 lakh people have been cured, rural areas of Amravati district of Maharashtra are more affected than urban areas. More cases are coming from the village than from the city. According to District Collector Shilesh Naval, the city of Amravati registered 249 new Kovid-19 cases on Tuesday, while 947 new cases were reported in rural areas of Amravati.

Nagpur is in a bad state
Since January, there have been 504 deaths due to Kovid in Amravati city. While 521 deaths have been recorded in rural areas of the district. Kovid-19’s new hotspots in Amravati are Warud, Achalpur, Morshi, Anjangaon Surji and Tivasa. The administration is planning to start a Covid Care Center here. At the same time, the outbreak of the second wave of corona in the rural areas of Nagpur district is increasing rapidly. On May 5, there were 36, 648 active cases in Nagpur city, while there were 29,568 active cases in rural areas. According to the health department, in 14 tehsils under Nagpur tehsil, there are 112 Kovid testing centers. It also includes rural hospitals and private labs.

Haryana
Rural areas of Haryana are witnessing a huge increase in Kovid cases. In the Titoli village, 10 km from Rohtak city, 40 people have died from Corona in the last ten days. There is a stir in the village. However, Kovid is being investigated by the villagers on behalf of the district administration and health department. Also, it is being asked to isolate when it comes positive.

Uttar Pradesh
Over 19 thousand cases of corona have been reported in the last 24 hours in Uttar Pradesh. There has been a huge increase in corona cases in the Kanpur countryside and rural areas. On May 5, the city has killed 67 people in 24 hours. The state-imposed lockdown has been extended to next week. The condition of Kanpur city and countryside is deteriorating. However, proper counseling is being given to the corona patients by the Health Department.

Gujarat
The Gujarat government has imposed a night curfew in 36 cities, but due to the corona in the villages, the situation is becoming frightening. According to a media report, corona patients are leaving in more villages than the city. The health system is also getting affected due to increasing cases. Many patients are also not getting ventilator beds.