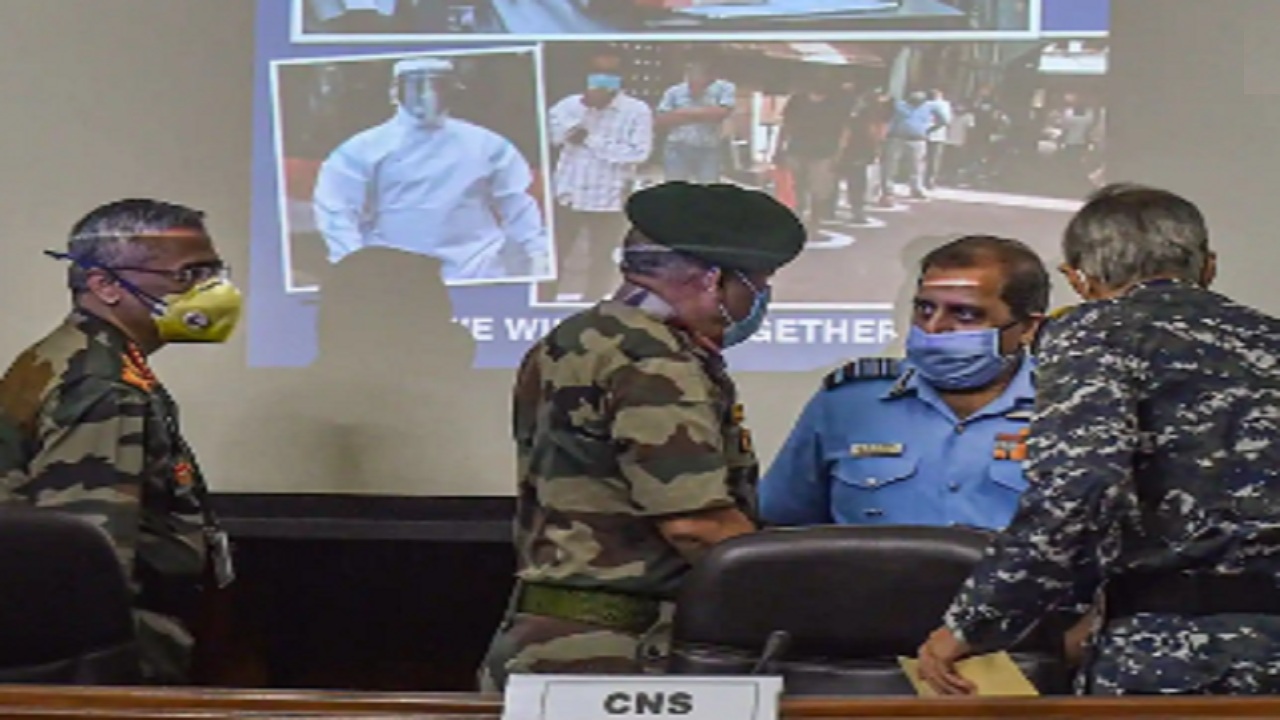 The Indian Army is also coming forward to protect against the outbreak of the second wave of Corona virus released in the country. Indian Army is building a Kovid Management Cell under 3 Star General, this will help in this widespread battle of epidemics. In this regard, an official said that this cell is operated by the Director of Operational Logistics and Strategic Movement. The three-star officer overseeing the assistance of the civil authorities will report directly to the Deputy Chief. The Armed Forces and other wings of the Ministry of Defense have been at the center of national efforts to fight Kovid-19 (COVID-19). They have set up Kovid-19 hospitals, increased oxygen production and medical staff and oxygen containers and airlifted with state governments to help deal with the increasing number of Kovid-19 cases. Army is already helping in corona infection in many cities of the country

Kovid management will see the officer of the rank of Director General
The Army said in a statement, ‘To coordinate many aspects of staffing and logistic support, a special Covid Management Cell has been set up under a Director-General rank officer, who reports directly to the Chiefs of Staff of the Army. . ‘ The statement said that while the army has ensured self-preservation and medical care for the former officers and their dependents, it has been specifically designed to be already working or to be established in Delhi, Ahmedabad, Lucknow, Varanasi and Patna. In the process, five Kovid-19 hospitals have deployed considerable medical resources to assist the civil authorities.

Also read: As soon as takeoff, the wheel of the aircraft broke apart, breath stuck in the middle of the sky.

Active joining of army will help
The Army said that the new Kovid-19 management cell will bring greater efficiency in coordinating real-time responses to work on the rapid rise in Kovid-19 cases across the country, including Delhi. Significantly, Corona virus cases in India are breaking a new record every day and on Thursday 4,12,262 new cases of infection were recorded and 3,980 people lost their lives due to this epidemic. With this, the total cases of infection increased to 2,10,77,410 in the country and the number of dead reached 2,30,168.

Up to 4.12 lakh new patients were found yesterday
According to the data released by the Union Health Ministry on Thursday till eight o’clock in the morning, the number of under-treated patients in the country is 35,66,398 which is 16.92 percent of the total cases of infection. The national rate of people recovering from Kovid-19 has come down to 81.99 percent. According to the data, the number of people recovering from this disease has increased to 1,72,80,844 while the death rate is 1.09 percent.