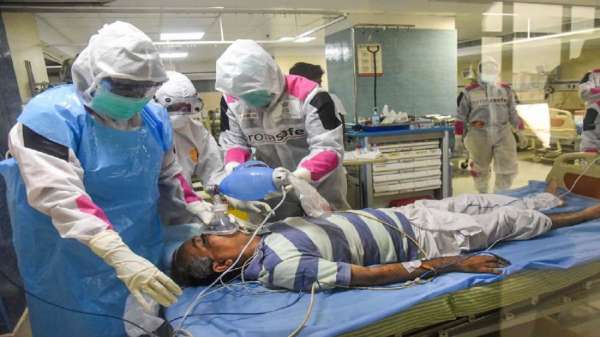 coronavirus third wave in india may not happen says top govt scientist k VijayRaghavan. Relieving news: … the third wave of Corona will not come, the top scientific advisor of the central government said this big thing


New Delhi. Where there is a ruckus about the second wave of Corona virus in the country. At the same time, there is a relief news about the third wave of corona infection. Dr. K Vijay Raghavan, the top scientific advisor to the central government, said on Friday that India can succeed in ‘dodging’ the third wave of the Korana virus if necessary steps are taken. Raghavan said that if all are cautious and follow the guidelines, perhaps a third wave will come in some places or it will not come anywhere. Also, cases of corona infection will start decreasing from June.

He said that it is not difficult to stop Corona when it follows guidelines regarding precautions, surveillance, containerization, testing and treatment. Dr. Raghavan said that there has been a peak at different times in the world and in India and it is important to understand when and why the infection increases. He said that the infection increases when the corona virus gets a chance. If he does not get a chance, he will not be able to get infected either.

He said that those who have taken the vaccine, wear masks, take full precautions are safe. But if the virus gets new opportunities then the cases will also increase. There may also be people who were cautious at first but later became careless. In this case, cases increase. 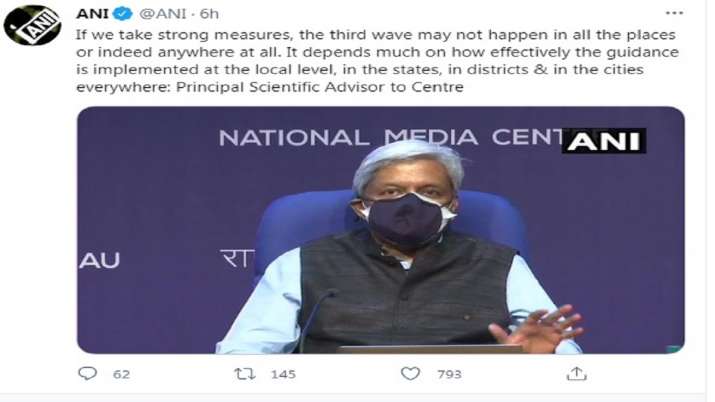 Relieving news: … the third wave of Corona will not come, the top scientific advisor of the central government said this big thing

Let me tell you, Dr. K Vijay Raghavan said this on Friday, two days after warning of the third wave of corona infection. He said, ‘If we take drastic measures, the third wave of Corona will not come at all places or anywhere. It depends on how effectively the guidelines at the local level are implemented in the states, districts and cities. ‘

However, Raghavan’s statement is completely different from his statement of Wednesday. Raghavan said on Wednesday that the third wave of corona in the country cannot be avoided in view of the rapid spread of the virus, but it cannot be said when this wave will come. He had said that the current increase in Corona cases is believed to be the cause of Indian double mutants and now the impact of UK variants has been reduced.

Raghavan had said that it is not clear when this phase 3 will come, but we have to be vigilant about the third wave. The vaccine needs to be monitored as it is upgraded. He said that we have informed the state governments to take necessary steps. The impact of UK variants is now waning and new variants are showing effects. The number of patients in hospitals has steadily increased due to the second wave of corona infection. Hospitals are facing a shortage of beds and oxygen. Many patients have lost their lives due to lack of oxygen.

Medical experts believe that the actual number of deaths due to corona in the country is 5 to 10 times higher than official figures. Prime Minister Narendra Modi and his government are being criticized for not taking steps in view of the second wave of Corona. Festivals, religious festivals and political rallies are believed to be the main causes of the spread of infection.