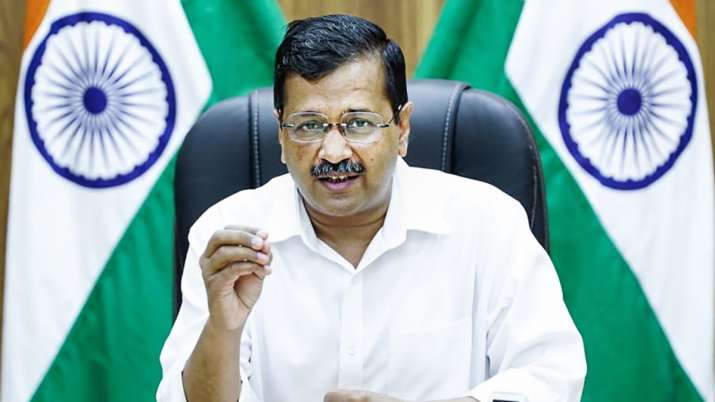 Won’t let anyone die due to oxygen shortage in Delhi if govt gets 700 MT supply daily: Kejriwal


New Delhi. Delhi Chief Minister Arvind Kejriwal said on Thursday that Delhi received 730 tonnes of medical oxygen for the first time amid severe shortages. Kejriwal also emphasized that until the wave of Kovid-19 continues, if the Center maintains the same level of oxygen supply, then no one will die due to lack of life-saving gas. Kejriwal wrote a letter to Prime Minister Narendra Modi on Thursday thanking him after receiving 730 tonnes of oxygen in Delhi but the AAP government’s stand in the Supreme Court was contrary to the Chief Minister’s letter.

Addressing an online media briefing on Thursday, Chief Minister Kejriwal appealed to all stakeholders to ensure that there is no shortage of daily supply of 700 tonnes of oxygen in Delhi during the second wave of Kovid infection. Kejriwal urged the city hospitals to increase the reduction in the number of Kovid beds in recent times due to lack of oxygen. He said that in this way, 1,000-2,000 more beds would be added.

Amidst the acute shortage of oxygen in Delhi’s hospitals, the courts had reprimanded both the Center and the Delhi government, ordering adequate supplies of oxygen to save the lives of serious Kovid-19 patients. Kejriwal said, “If Delhi continues to get sufficient supplies of 700 tonnes of oxygen per day, then 9,000-9,500 beds will be established here.” The Delhi government will not let anyone die due to lack of oxygen. “However, Delhi Jal Board (DJB) vice-president and AAP MLA Raghav Chadha said earlier in the day,” We need 976 tonnes of oxygen every day. ” I appeal to the Central Government with folded hands to provide 730 tonnes of oxygen per day. ”

Meanwhile, the Supreme Court made it clear that it would not allow the country’s apex court to be the basis for the indictment between the Center and the Delhi government as the two governments are busy accusing each other on the issue of allocation and supply of oxygen. During the media briefing on Thursday, the Chief Minister said that until the second wave of Kovid-19 is under control, Delhi will require 700 tonnes of oxygen daily. He said, “For the last few days Delhi has been struggling with lack of oxygen. Currently, to run all our hospitals and all our health infrastructure in Delhi, we need 700 tonnes of oxygen daily. ”

For the first time on Wednesday, the central government sent 730 tonnes of oxygen to Delhi. He said, “As the Chief Minister of Delhi, I would like to thank the Central Government on behalf of the people of Delhi. I would also thank the Supreme Court and the Delhi High Court and it is because of their efforts that we got 730 tonnes of oxygen. ”He said that this increased oxygen supply would save many lives. He said, “Until the second wave of Kovid is controlled, we will need 700 tons of oxygen daily.” It should not happen that one day we get 700 tonnes and the next day we get only 300-400 tonnes again, because it will cause panic in hospitals once again. ”

He said that many hospitals, including government hospitals, were forced to reduce the number of Kovid beds due to lack of oxygen. Kejriwal said, “Hospitals have said that if they are given sufficient amount of oxygen, they will increase the number of beds. I hope that 700 tons of oxygen will be supplied daily, this will enable hospitals to resume existing beds and also increase new beds. This will allow more and more patients to be admitted and save their lives. ”On Thursday, 335 patients died of Kovid-19 in the national capital Delhi and 19,133 new cases of infection were reported. At the same time, the infection rate was below 25 percent for the first time after 18 April. This is the third time in the last four days that the number of new cases of Kovid-19 has been below 20,000.